We use cookies to ensure that our site works correctly and provides you with the best experience. If you continue using our site without changing your browser settings, we'll assume that you agree to our use of cookies. Find out more about the cookies we use and how to manage them by reading our cookies policy.
Hide
Careers
■ ■ ■
04 October 2021

Marking Black History Month and following on from the #BlackInChem initiative, SCI is continuing its look back at some of the unsung Black scientists who pioneered, and made important contributions, to the advancement of science.

Today we profile Lewis Howard Latimer, much admired by his contemporaries; Alexander Graham Bell and Thomas Edison, but sadly a name, and story, that is not as well known. 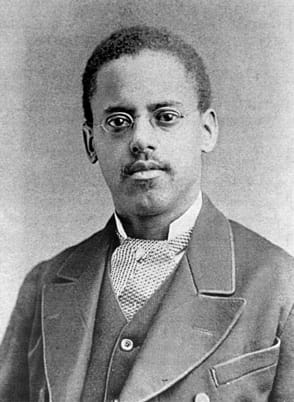 Lewis Howard Latimer, the youngest of four children, was born in Chelsea, Massachusetts, on 4 September 1848. His father, George Latimer, a slave who had escaped, became something of a cause celebre when his owner recaptured him. However, abolitionists took his case to the Supreme Court and his freedom was secured.

Lewis proved to be an excellent student, with a particular flair for drawing, as well as writing poetry and stories, but lack of finance and restricted access to education meant that by 15 years of age, Lewis had joined the US Navy. The history books indicate that he was honourably discharged in 1865; when the Civil War ended.

Soon after, Latimer found work as an office boy with the patent firm Crosby, Halstead and Gould. It is here that combining his talent for drawing, and developing the skills of a draughtsman he was eventually promoted to the position of head draftsman. The history books record that Latimer’s first patent, in 1874 with colleague Charles Brown, was an improved toilet system for railroad cars. 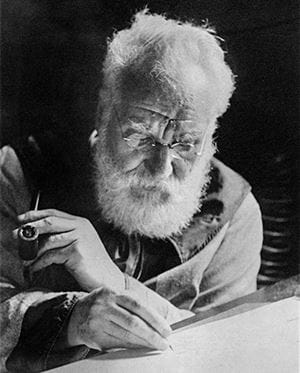 Lewis Latimer was instrumental in helping Alexander Graham Bell file his patent for the telephone ahead of his competitors.

Latimer had many inventions, but it could be argued that his drawings for Alexander Graham Bell’s telephone, helped seal his place in science history. The story goes that Bell was in a race against time, as rivals were also looking to gain patent rights for a similar device. Bell hired Latimer who used his expertise in drawing and submitting patent applications to help Bell file his patent just hours, it said, before his rival in 1876.

By 1880 Latimer had taken up the post of mechanical draughtsman for the inventor Hiram Maxim, who was also the founder of the US Electric Lighting Company. Now focused on incandescent lighting, Latimer along with Joseph Nichols, invented a light bulb which used a carbon filament, an improvement on Thomas Edison’s paper filament. The invention, patented in 1881, was sold to the US Electric Lighting Company in the same year. 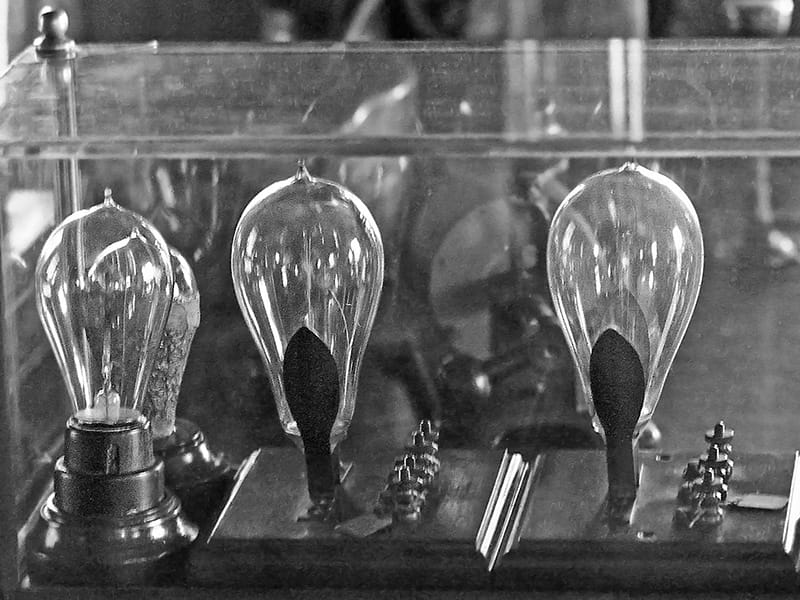 1A booklet by the Thomas Alva Edison Foundation noted; ‘Latimer invented and patented a process for making carbon filaments for light bulbs. He taught the process to company workers, and soon it was being used in factory production. Latimer also assisted in installing Maxim lighting systems in New York City, Philadelphia, Montreal and London. During the installation of lighting in Montreal, where a lot of people spoke only French, Latimer learned the language in order to competently instruct the workers. In London he set up the first factory for the Maxim-Weston Electric Light Company. That required him to teach the workmen all the processes for making Maxim lamps, including glass blowing. In just nine months Latimer had the factory in full production.’

In 1882 Latimer left Hiram Maxim and in 1884 joined the Edison Electric Light Company, where he was given the title draughtsman-engineer. In 1890 he joined the Edison Legal Department, and in 1893 testified in a case where the company said that its incandescent lamp patents had been infringed. In 1896 the Board of Patent Control of GE and Westinghouse was formed and Latimer became its Chief Draughtsman. He continued in that role until 1911 when he joined the consulting firm Edwin W Hammer.

On 24 January 1918, Latimer was named one of the 28 charter members – and the only African-American member – of the Edison Pioneers, ‘a distinguished group of people who worked to keep the ideals of Thomas Edison alive.’ The Edison Pioneers helped create the US’ electric power industry.

Latimer received patents for several inventions, including the safety elevator. He also had a passion for social justice. In a letter written in 1895 in support of the National Conference of Coloured Men, Latimer wrote: ‘I have faith to believe that the nation will respond to our plea for equality before the law, security under the law, and an opportunity, by and through maintenance of the law, to enjoy with our fellow citizens of all races and complexions the blessings guaranteed us under the constitution.’

Latimer died on 11 December 1928. Edison Pioneers historian and long time private secretary of Thomas Edison, William H. Meadowcroft wrote1 ‘Lewis Howard Latimer was of the coloured race, the only one in our organisation, and was one of those to respond to the initial call that led to the formation of the Edison Pioneers, January 24 1918. Broadmindedness, versatility in the accomplishment of things intellectual and cultural, a linguist, a devoted husband and father, all were characteristics of him, and his genial presence will be missed from our gatherings…We hardly mourn his inevitable going so much as we rejoice in pleasant memory at having being associated with him in a great work for all peoples under a great man.’