We use cookies to ensure that our site works correctly and provides you with the best experience. If you continue using our site without changing your browser settings, we'll assume that you agree to our use of cookies. Find out more about the cookies we use and how to manage them by reading our cookies policy.
Hide
Sustainability & Environment
■ ■ ■
25 November 2021

‘This is a fragile win. We have kept 1.5 alive. That was our overarching objective when we set off on this journey two years ago, taking the role of the COP presidency-designate. But I would say the pulse of 1.5 is weak’ – Alok Sharma, President for COP26.

If scientists, politicians and activists were hoping that COP26, delayed by one year because of the pandemic, would yield concrete plans for progress on climate change, perhaps the overall conclusion might be ‘at least we haven’t gone backwards’.

The Glasgow Climate Pact, signed by 197 countries, required an extra day of negotiations. In his summing up, the UN Secretary General António Guterres said: ‘The approved texts are a compromise. They reflect the interests, the contradictions, and the state of political will in the world today.’

In his video statement Guterres said that the agreement ‘takes important steps but unfortunately the collective political will was not enough to overcome some deep contradictions. We must accelerate action to keep the 1.5 (degrees °C) goal alive…it’s time to go into emergency mode or our chance of reaching net-zero will indeed be zero.’

Guterres added that it was his conviction that it was time to phase out coal, end fossil fuel subsidies and build resilience in vulnerable communities. He also addressed the many young people and indigenous communities, saying: ‘I know you are disappointed. But the path to progress is not always a straight line…but I know we will get there. We are in the fight of our lives, and this fight must be won.’ 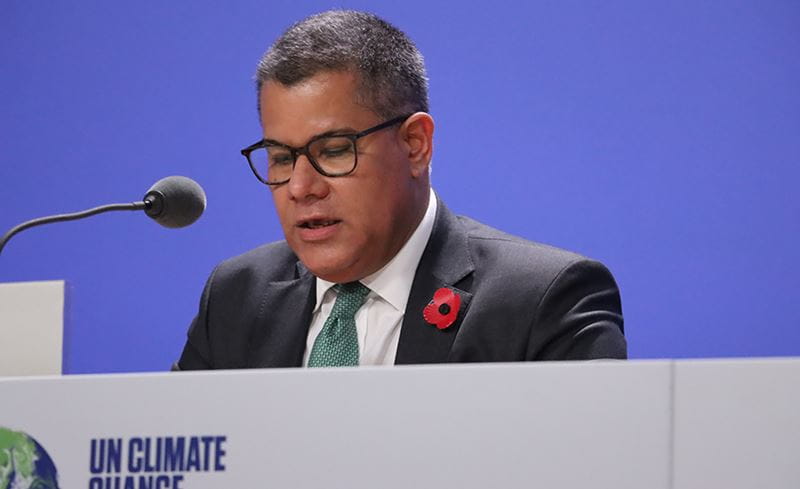 The Glasgow Climate Pact calls on signatories to report their progress towards more climate ambition in time for COP27, which will be hosted by Egypt. Welcoming the agreement, Alok Sharma, COP26 President, said: ‘This is a fragile win. We have kept 1.5 alive. That was our overarching objective when we set off on this journey two years ago, taking the role of the COP presidency-designate. But I would say the pulse of 1.5 is weak.’

European Commission President Ursula von der Leyen said: ‘We have made progress on three of the objectives we set at the start of COP26. First, to get commitments to cut emissions to keep within reach the global warming limit of 1.5 degrees. Second, to reach the target of $100 billion per year of climate finance to developing and vulnerable countries. And third, to get agreement on the Paris rulebook. This gives us confidence that we can provide a safe and prosperous space for humanity on this planet.’

The NGO Greenpeace said in a statement: ‘While the COP26 deal doesn’t put the 1.5C goal completely out of reach, the governments and companies that obstructed bold action on climate change are knowingly endangering whole communities and cultures for their own short-term profits or political convenience. History won’t judge them kindly for this.’

While the final Pact has not reflected the hopes of many, it can be said that COP26 wasn’t short of a desire to see change. Perhaps the surprise package of the two-week event was the declaration between China and US which states that the countries ‘…recognise the seriousness and urgency of the climate crisis. They are committed to tackling it through their respective accelerated actions in the critical decade of the 2020s, as well as through cooperation in multilateral processes, including the UNFCCC process to avoid catastrophic impacts.’ The declaration from the two countries was widely welcomed.

Other notable developments from COP26 included: The formal launch of the Global Methane Pledge led by the US and the European Union. The Pledge, which seeks to reduce overall methane emissions by 30% below 2020 levels by 2030, saw 100 countries, representing 70% of the global economy and nearly half the global methane emissions, sign up.

In agriculture, the Agriculture Innovation Mission for Climate (AIM4Climate) was launched. Initiated by the US and United Arab Emirates, with endorsement from the COP26 Presidency, the goal of the initiative is to increase and accelerate global innovative research and development on agriculture and food systems in support of climate action. 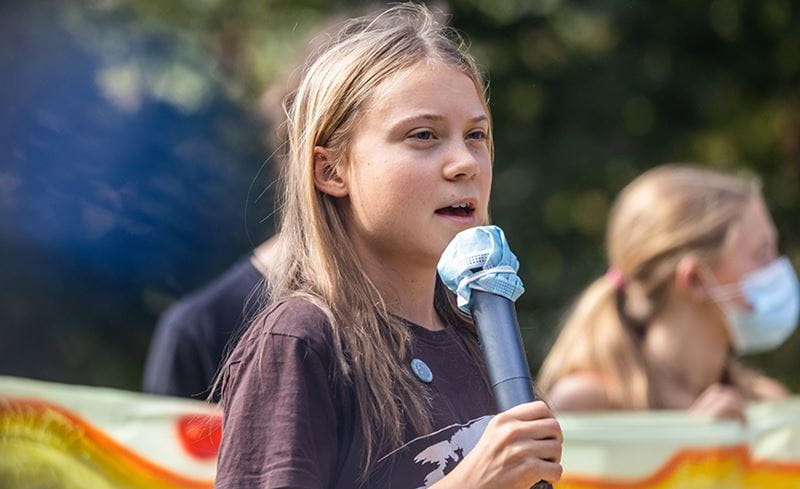 For some, including environmental activist Greta Thunberg, the resolutions agreed by governments at COP26 are insufficient. | Editorial credit: Mauro Ujetto / Shutterstock.com

The initiative has the backing of 32 countries. In addition, ocean protection received a boost with the UK Government using the COP26 Ocean Action Day to announce a wave of investment including at least £20 million in commitments made at the Ocean Risk and Resilience Action Roundtable to drive the health and resilience of the oceans and climate vulnerable communities.

The Science and Innovation day at COP26 saw the launch of four initiatives, backed by global coalitions of nations, businesses and scientists. In what was said to be a global first, the Adaptation and Research Alliance was launched. The network of more than 90 organisations will collaborate to increase the resilience of vulnerable communities most impacted by climate change.

In further developments the UK, along with several countries including Canada and India, will collaborate to develop new markets for low carbon steel and concrete. The work is being carried out under the Industrial Deep Decarbonisation Initiative.

The need for innovation

Commenting on this, George Freeman, the UK Minister for Science, Research and Innovation, said: ‘Real change to combat climate change cannot happen without new scientific ideas, innovation and research, and it is clear no country or company acting in isolation can deliver the change that is needed at the pace that is needed.’

While the final COP26 Glasgow Climate Pact has disappointed many, there is no doubt that there is a will to make positive change, keep global temperatures in check and see humanity reap benefits.