We use cookies to ensure that our site works correctly and provides you with the best experience. If you continue using our site without changing your browser settings, we'll assume that you agree to our use of cookies. Find out more about the cookies we use and how to manage them by reading our cookies policy.
Hide
Agrifood
■ ■
29 March 2021

Courgettes – how to grow these tender fruits

Variously known as zucchini, courgette, baby marrows and summer squash, this frost tender crop is a valuable addition for gardens and allotments. Originating in warm temperate America, the true zucchini was developed by Milanese gardeners in the 19th century and popularised in the UK by travellers in Italy. It quickly matures in 45 to 50 days from planting out in open ground by early May in the south and a couple of weeks later farther north.

Alternatively, use cloches as frost protection for early crops. Earliness is also achieved by sowing seed in pots of openly draining compost by mid-April in a greenhouse or cold frame. Courgettes have large, energy-filled seeds. Consequently, germination and subsequent growth are rapid.

Sow seed singly in 10cm diameter pots and plant out when the first 2-3 leaves are expanding (illustration number 1). Alternatively, garden centres supply transplants. These should be inspected carefully, avoiding those with yellowing leaves or wilting foliage. Each plant should have white healthy-looking roots without browning. 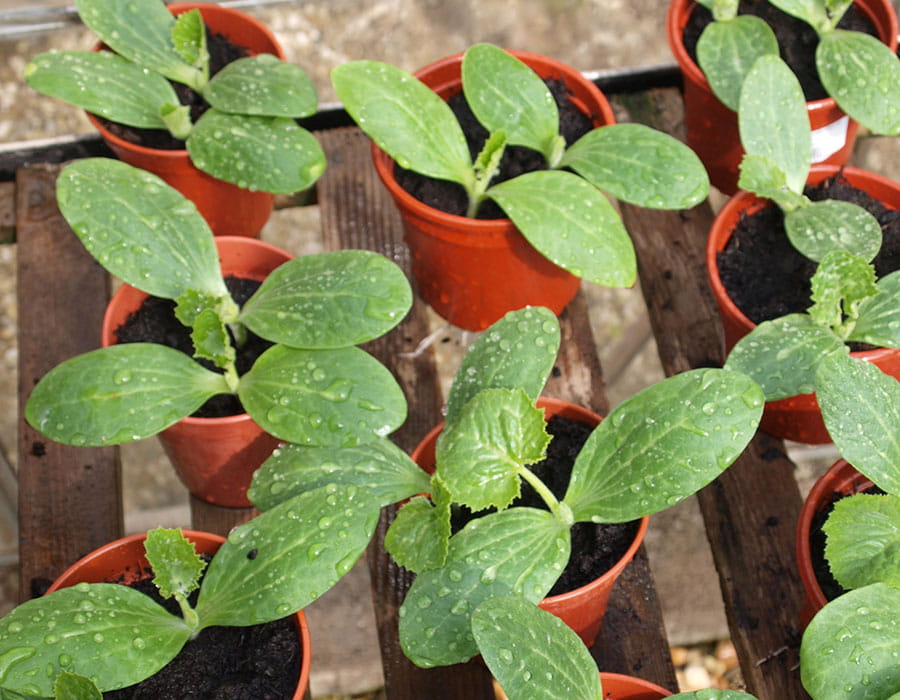 Courgettes grow vigorously and each plant should be allocated at least 1 metre spacing within and between rows. They require copious watering and feeding with a balanced fertiliser containing equal quantities of nitrogen, phosphorus and potassium.

Botanically, they are dioecious plants, having separate male and female flowers, (illustration number 2). They are beloved by bees, hence supporting biodiversity in the garden. Slugs are their main pest, causing browsing wounds on courgette fruits; mature late-season foliage is usually infected by powdery mildew fungi that cause little harm. 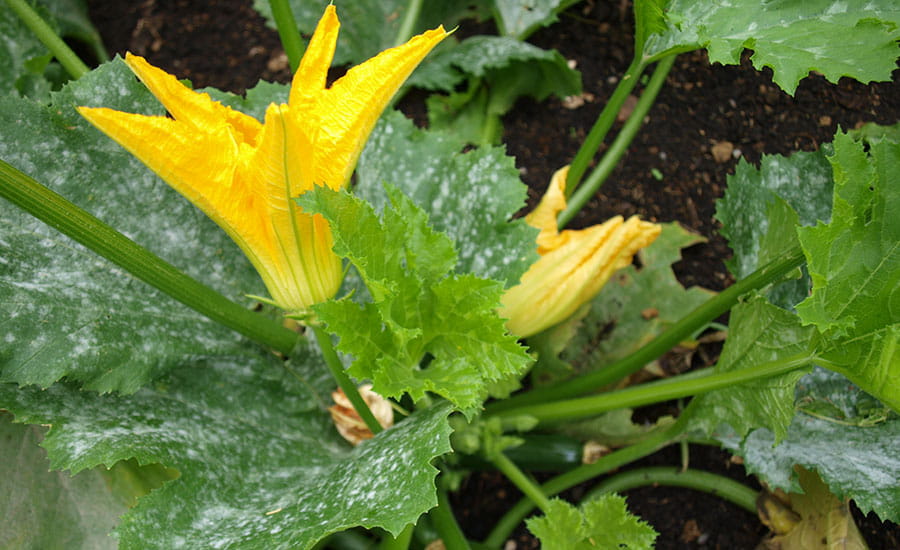 Courgettes are classed and cooked as vegetables and their dietary value is retained by steaming thinly sliced fruits. Courgettes are a low-energy food but contain useful amounts of folate, potassium and vitamin A (retinol). The latter boosts immune systems, helping defend against illness and infection and increasing respiratory efficiency. Eyesight is also protected by increasing vision in low light. 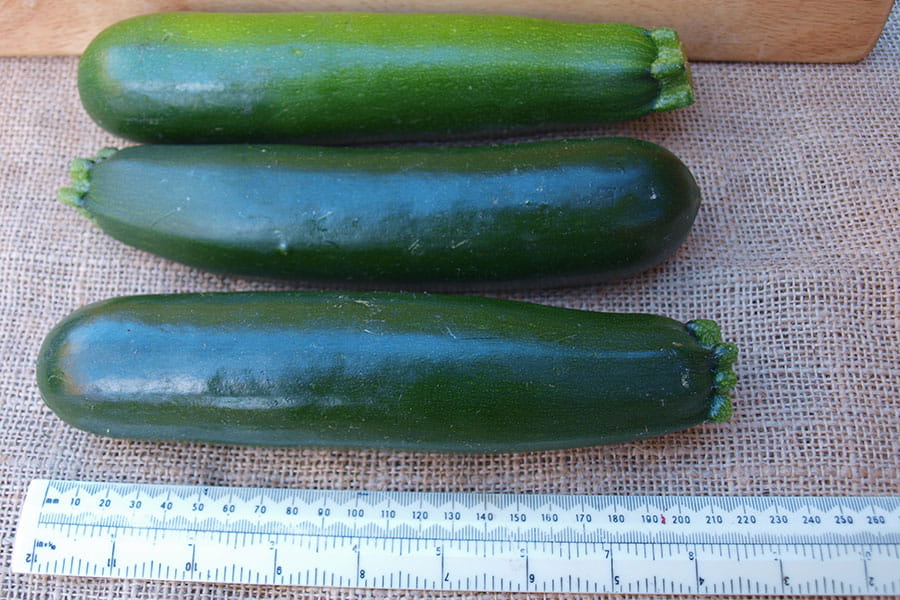 Courgettes are, therefore, valuable dietary additions year-round. Courgette flowers are bonuses, used as garnishes or dipped in batter as fritters or tempura. Overall, the courgette is a most useful plant that provides successional cropping using ground vacated by over-wintered vegetables such as cabbage, Brussels sprouts or leeks.