We use cookies to ensure that our site works correctly and provides you with the best experience. If you continue using our site without changing your browser settings, we'll assume that you agree to our use of cookies. Find out more about the cookies we use and how to manage them by reading our cookies policy.
Hide
Sustainability & Environment
■ ■
19 April 2021

How thirsty is your food?

To some, the almond is a villain. This admittedly tasty nut takes an extraordinary amount of water to grow (1.1 gallons per nut) and some in California say almond cultivation has contributed to drought.

And so it is no surprise to see the almond lined up in the rogue’s gallery of the thirstiest foods. In a study in the journal Nature Food, University of Michigan (U-M) and Tulane University researchers assessed how the food we eat affects water scarcity.

Meat consumption was found to be the biggest culprit in the US, with the hooves and feet of livestock accounting for 31% of the water scarcity footprint. Within the meat category, beef is the thirstiest, with almost six times more water consumption than chicken. 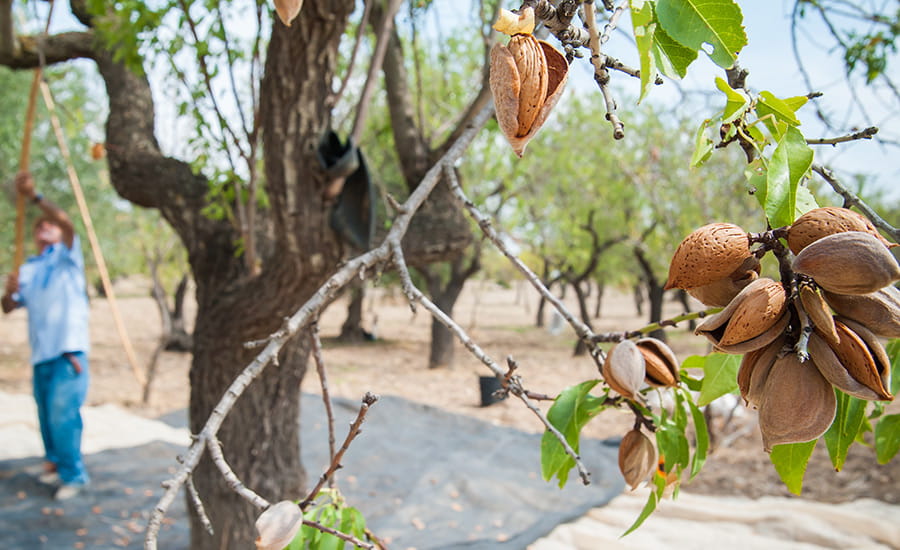 However, the picture is a little more nuanced. Lead author Martin Heller, of U-M's School for Environment and Sustainability, explains: “Beef is the largest dietary contributor to the water scarcity footprint, as it is for the carbon footprint. But the dominance of animal-based food is diminished somewhat in the water scarcity footprint, in part because the production of feed grains for animals is distributed throughout less water-scarce regions, whereas the production of vegetables, fruits and nuts is concentrated in water-scarce regions of the United States, namely the West Coast states and the arid Southwest.”

Certain types of diets drain the water supply. People who eat large quantities of beef, nuts such as the infamous almond, walnut, and cashew, and a high proportion of water-intense fruits and vegetables including lemon, avocado, asparagus, broccoli, and cauliflower take a heavy toll on the water footprint. 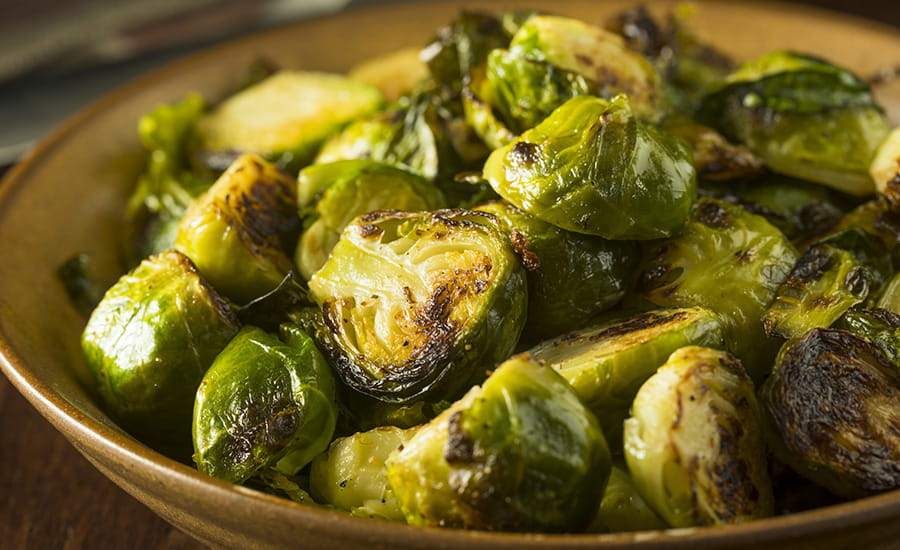 The Brussels sprout is not just for Christmas… it is a less water intense option for your dinner table.

“The water-use impacts of food production should be a key consideration of sustainable diets,” adds study co-author Diego Rose of Tulane University. “There is a lot of variation in the way people eat, so having a picture with this sort of granularity – at the individual level – enables a more nuanced understanding of potential policies and educational campaigns to promote sustainable diets.”

So, what do you do the next time you feel a pang of water guilt? According to the researchers, you could swear off asparagus and that crushed avocado on your toast and replace them with less water intense foods such as fresh peas, Brussels sprouts, cabbage, and kale (but maybe not on your toast). Those beef steaks and hamburgers could make way for other protein sources, such as chicken, pork, and soybeans, and you could graze on peanuts and seeds instead of those honey roasted almonds you love so dearly. Just think of all those gallons of water you’ll save.