We use cookies to ensure that our site works correctly and provides you with the best experience. If you continue using our site without changing your browser settings, we'll assume that you agree to our use of cookies. Find out more about the cookies we use and how to manage them by reading our cookies policy.
Hide
Agrifood
■ ■
06 July 2021

Think of Earth as an apple and the soil as the peel. Now, imagine that more than 70% of this apple’s surface is covered in water. That veneer of peel suddenly seems very small indeed.

Dig beneath the surface and you realise that the world’s soil resources aren’t as plentiful as you first thought. When you take into account all of the uninhabitable, non-arable land on our planet, including the snow-bound poles and deserts, you’re left with just 3% of total landmass to grow all the fruit and vegetables we eat.

After reminding her listeners of some stark facts at the Soil resources in the UK: overlooked and undervalued? webinar, Jane Rickson, Professor of Soil Erosion and Conservation at Cranfield University, reminded us that soil is a precious, finite resource. “We’re dealing with a very thin resource that has to deliver all of these goods and services.”

You just need to think of your breakfast, lunch, and dinner to realise just how important soil is. Of all the food we eat, 97% comes from terrestrial sources. However, in recent decades, the many benefits brought by soil have been taken lightly. Apart from providing food, animal fodder, and a surface for football, it plays a vital role in climate change mitigation.

‘Soil is excellent for climate change mitigation,’ said Professor Rickson, recipient of the prestigious Dr Sydney Andrew Medal for 2021. ‘We know that healthy soils can support vegetation and crops and plants in taking out atmospheric CO2.’ 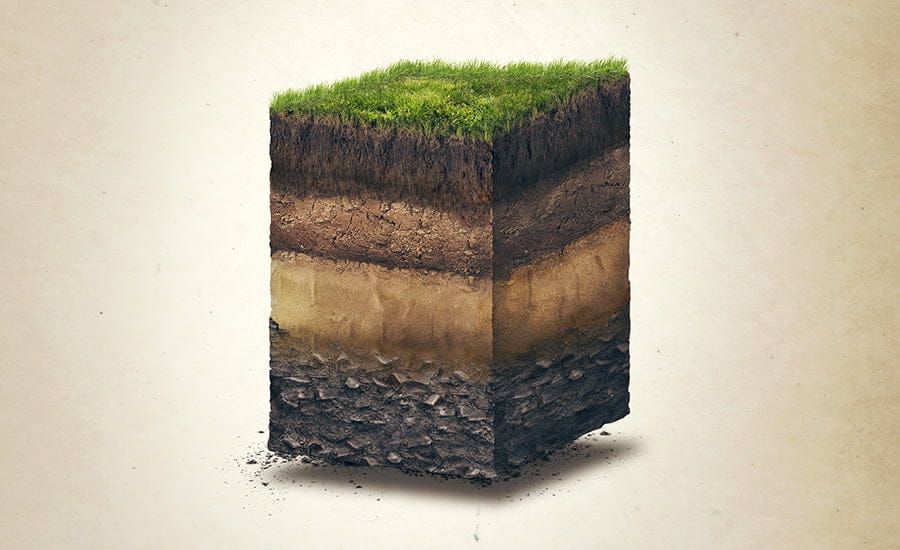 A cross section of soil layers. Unless you live on fish and seaweed, it’s likely that almost all of your food sources will come from terrestrial sources.

However, she and her colleagues at Cranfield University have unearthed some unsettling facts about the state of our soils. She mentioned that 12 million hectares of agricultural land worldwide is lost each year due to soil degradation. In the UK, soil erosion rates can be as high as 15 tonnes per hectare per year, with soil formation rates only compiling at a rate of 1 tonne per hectare per year; and, based on current rates of erosion, some soils could disappear completely by 2050.

So, what is being done to arrest this problem? The obvious mammoth in the room is climate change, with extreme weather events such as flash floods precipitating a huge amount of soil erosion. Obviously, climate change mitigation measures on a national scale would help, but adjustments to farming practices could also improve soil resilience on a more local level.

A lot of work is also being done to reduce the intensity of farming to improve soil health. The aim, according to Rickson, is to maintain a fertile seedbed while retaining maximum resistance to soil degradation. There are lots of different ways to do this.

One approach being taken is cover cropping, whereby a crop is grown for the protection and enrichment of the soil rather than for immediate sale. This enriches the soil and helps prevent soil erosion. Another approach is strip-tillage – a minimum tillage system that disturbs only the portion of the soil that contains the seed row, with the soil between rows left untilled. She also mentioned the benefits of soil improvement, with poultry manure and mushroom compost used to improve soil health by Benedict Unagwu among others. 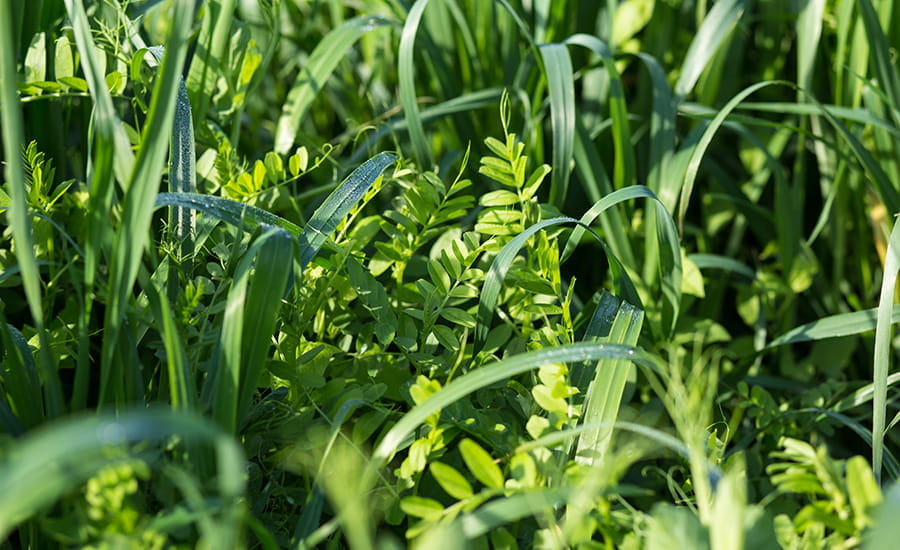 Cover crops such as vetch and oats improve the structure and fertility of the soil.

It is difficult not to have sympathy for farmers at the moment. Climate change falls heavily upon their lands, and they must battle flooding and drought to keep their farms financially viable. Professor Rickson often speaks to the farming community about soil health, with the focus placed on realistic solutions. As one farmer told her: ‘It's hard to be green when you’re in the red.’

Perhaps soil doesn’t capture the imagination the same way as an oak forest or a field ablaze with wildflowers, but its mismanagement is costing us a fortune. She estimated that the combined annual economic cost of soil degradation in England, Scotland, and Wales is £1.5 billion.

According to Professor Rickson, the US is probably the home of soil conservation following the harsh ecological lessons learnt from the Dust Bowl disaster of the 1930s. However, she believes the UK has plenty of knowhow in the area.

‘The UK has an opportunity to be world-leading in this,’ she said. ‘I think we are as good as anyone. Our scientific community understands soil and is really pushing the boundaries in terms of soil science.’