We use cookies to ensure that our site works correctly and provides you with the best experience. If you continue using our site without changing your browser settings, we'll assume that you agree to our use of cookies. Find out more about the cookies we use and how to manage them by reading our cookies policy.
Hide
Agrifood
■ ■ ■
26 July 2021

Rotations usually sequence cabbages and other nitrogen-demanding crops after peas. This is a sustainable way to use the organic nitrogen reserves left by pea roots resulting from their mutually beneficial association with benign bacteria. These microbes capture atmospheric nitrogen, producing ammonia, nitrites and nitrates in a sequence of natural steps.

Peas originated in the Mediterranean. They were cultivated continuously by ancient civilisations and through medieval times, and are now the seventh most popular vegetable. 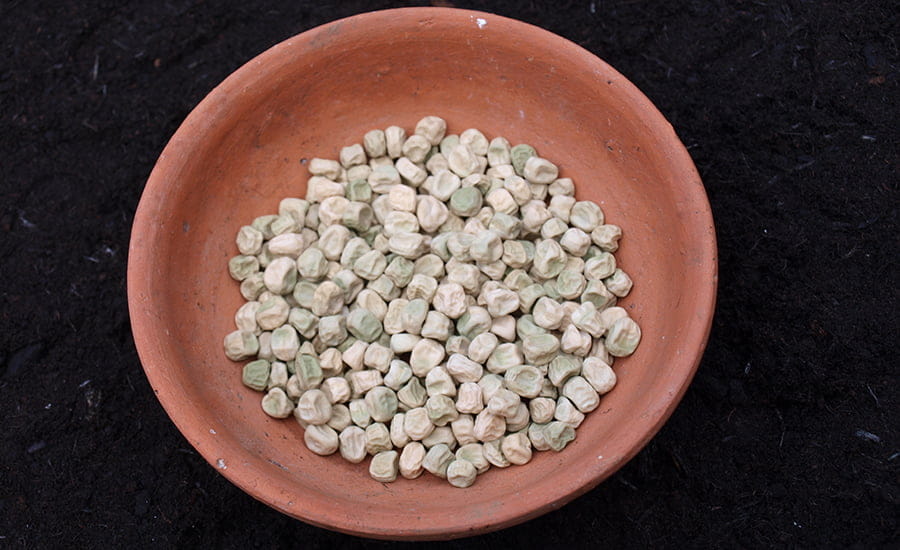 How to grow peas

Seeds can be sown directly (illustration 1) or transplants (illustration 2) can be raised under protection, giving an early boost for growth and maturity. Peas are cool season crops. They grow best at 13-18°C and mature about 60 days after sowing. 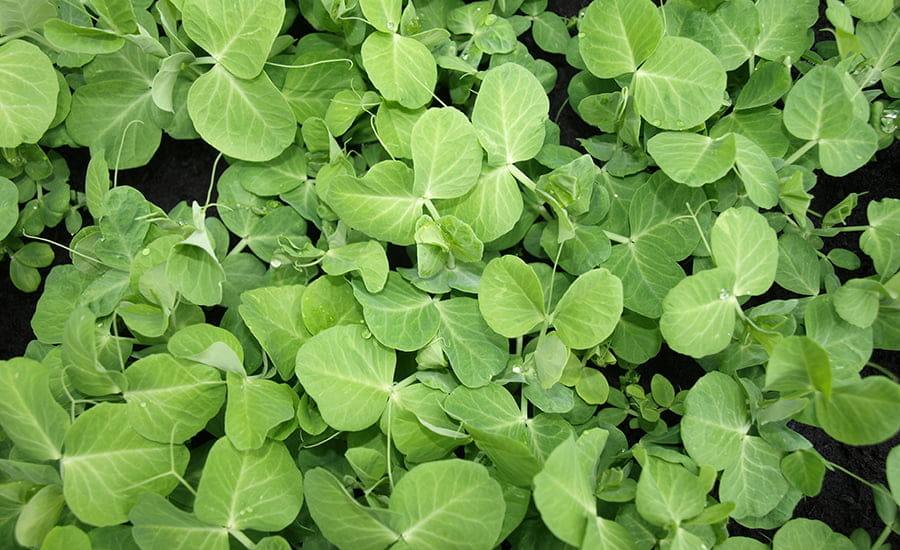 Some cultivars such as Meteor can be grown over winter, preferably protected with cloches for very early cropping. The spring sown The Sutton cultivar group (CV) gives rapid but modest returns, and main crop CVs, such as Hurst Green Shaft, deliver the heaviest returns (illustration 2). This cultivar forms several long, well-filled pods at the fruiting nodes.

Sugar peas or mange tout – where the entire immature pod is eaten – is a popular fresh crop, while quick-growing pea shoots that mature in 20 days from sowing are excellent additions for salads or as garnishes for warm cuisine.

Human health benefits significantly by including peas in the diet. As well as being an excellent protein source, they produce a range of vitamins and nutrient elements. Their coumestrol content aids the control of blood sugar levels, helping combat diabetes, heart diseases and arthritis.

So, it’s certainly worth finding a spot for this versatile vegetable in your garden.

Written by Professor Geoff Dixon, author of Garden practices and their science.