We use cookies to ensure that our site works correctly and provides you with the best experience. If you continue using our site without changing your browser settings, we'll assume that you agree to our use of cookies. Find out more about the cookies we use and how to manage them by reading our cookies policy.
Hide
Health & Wellbeing
■ ■
14 December 2022

What effect do vaping and air pollution have on your heart, and how could a light-powered pacemaker improve cardiovascular health?

It seems that every day, scientists are learning more about the factors affecting cardiovascular health and are coming up with novel ways to keep our hearts ticking for longer. Here are three interesting recent developments.

One of the problems with existing pacemakers is that they are implanted into the heart with one or two points of connection (using screws or hooks). According to University of Arizona researchers, when these devices detect a dangerous irregularity they send an electrical shock through the whole heart to regulate its beat.

These researchers believe their battery-free, light-powered pacemaker could improve the quality of life of heart disease patients through the increased precision of their device.

The way existing pacemakers work can be quite painful for heart disease patients.

Their pacemaker comprises a petal-like structure made from a thin flexible film (that contains light sources) and a recording electrode. Like the petals of a flower closing up at night, this mesh pacemaker envelops the heart to provide many points of contact.

The device also uses optogenetics – a biological technique to control the activity of cells using light. The researchers say this helps to control the heart far more precisely and bypass pain receptors.

‘Right now, we have to shock the whole heart to do this, [but] these new devices can do much more precise targeting, making defibrillation both more effective and less painful,’ said Igor Efimov, professor of biomedical engineering and medicine at Northwestern University.

‘Current pacemakers record basically a simple threshold, and they will tell you,’ added Philipp Gutruf, lead researcher and biomedical engineering assistant professor. ‘This is going into arrhythmia, now shock, but this device has a computer on board where you can input different algorithms that allow you to pace in a more sophisticated way.’

Another potential benefit is that the light-powered device could negate the need for battery replacement, which is done every five to seven years. That use of light to affect the heart rather than electrical signals could also mean less interference with the device’s recording capabilities and a more complete picture of cardiac episodes.

The device uses light and a technique called optogenetics, which modifies cells that are sensitive to light, then uses light to affect the behavior of those cells. Image by Philipp Gutruff.

The danger of vaping?

We don’t know a lot about the long-term effects of vaping because people simply haven’t been doing it long enough, but a recent study from the University of Wisconsin (UW) suggests that it could be bad for the heart.

Researchers selected a group of people who had used nicotine delivery devices for 4.1 years on average, those who smoked cigarettes for 23 years on average, and non-smokers and compared how their hearts behaved after smoking (the first two groups) and after exercise. 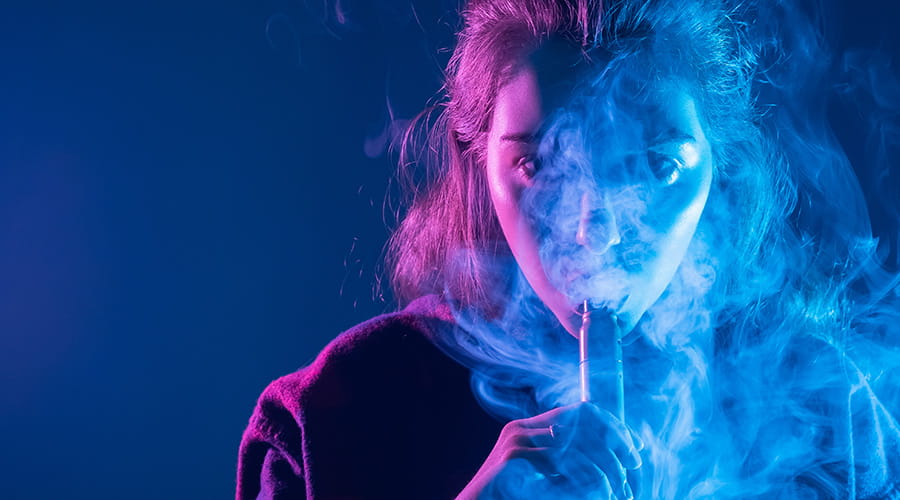 The lack of long-term data means we still don’t know the effect of vaping.

‘The exercise performance of those who vaped was not significantly different from people who used combustible cigarettes, even though they had vaped for fewer years than the people who smoked and were much younger,’ said Christina Hughey, fellow in cardiovascular medicine at UW Health, the integrated health systems of the University of Wisconsin-Madison.

The influence of lead and air pollution

We know that smoking and passive-smoking are bad for our hearts, but some overlook the effect of other environmental toxins, especially those common to specific geographical regions.

A collaborative study including US and UK researchers has found a divergence in the types of environmental contaminants that contribute to cardiovascular ailments in both countries, aside from the prevalent smoking-related heart disease.

Hopefully, the growth in electric vehicle use will reduce air pollution

The study found that lead-related poisoning is more common in the US, whereas air pollution has a more damaging effect in the UK due mainly to increased population density. The researchers found that 6.5% of cardiovascular deaths were associated with exposure to particulate matter over the past 30 years compared to 5% in the US.

The one plus is that research has found that there has been a steady decline in cardiovascular deaths stemming from lead, smoking, secondhand smoke and air pollution over the past 30 years. Nevertheless, it will be of little comfort to those walking in the trail of exhaust fumes in cities.