We use cookies to ensure that our site works correctly and provides you with the best experience. If you continue using our site without changing your browser settings, we'll assume that you agree to our use of cookies. Find out more about the cookies we use and how to manage them by reading our cookies policy.
Hide
Sustainability & Environment
■
02 March 2022

Why are we ignoring climate change?

Why do we ignore climate change and what can we do about it? That’s what Toby Park, of The Behavioural Insights Team, explained in our latest SCItalk. Eoin Redahan reports.

Do any of these describe you?

A.I recycle whenever I can, but fly twice a year.
B.I switched to a renewable energy provider, but still drive to work twice a week.
C.I make sure all unnecessary lights are switched off in the house, but eat beef occasionally
D.I plan to live a greener lifestyle, but the real difference will be made at government level.

When it comes to climate change, most of us are full of good intentions. We want to do the right thing but when change becomes too difficult or inconvenient, people (like me) lapse into old habits. In his excellent talk, why we ignore climate change and what we can do about it, Toby Park explained these contradictions and outlined how ‘nudge’ behaviour can be used to tweak our habits.

Fundamentally, Park argued that most people mean well. After surveying a couple of thousand people in the lead-up to COP26, the Behavioural Insights Team found that 67% of respondents planned to take at least five new actions to tackle climate change and 99% said they would take at least one.

So, why then do we ignore climate change en masse? ‘We are like swimmers in a stream,’ Park said. ‘We have the opportunity to swim in one direction or another but we are in a stream that has a current.’ 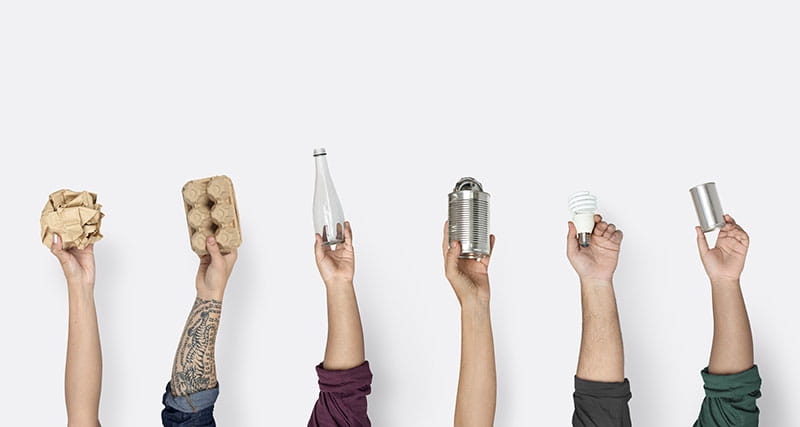 We’re good at recycling but not as resolute when it comes to taking fewer flights.

Life is hard enough. We tend to do what is easy and affordable, but there are other reasons why we’re not falling over each other to buy electric vehicles or driving to the south of Spain for our holidays instead of flying.

The first is psychological distance. For many people, the prospect of climate change is too distant to take seriously. Unless you have woken up to find your kitchen submerged by flooding, its effects may seem far away; yet, the changes we must make are in the present.

The problem is, it’s sometimes hard to act when you cannot feel the urgency. So, people find it hard to frontload the hardship, as they see it. Park likened it to being told that you must have the hangover before you go drinking – and how many of us would choose that?

Second, we are experts at fooling ourselves. As Park noted, we’re all natural storytellers when it comes to crafting positive images of ourselves. We are the masters of cognitive dissonance. On the one hand we feel virtuous when we recycle paper, plastic, and food scraps, yet we’ll hop on a plane for that wedding in Dublin.

‘We all have the tension of what’s in our own self interest and what’s altruistic or pro-social,’ Park said, adding a Robert Heinlein quote that encapsulates the human condition. ‘Man is not a rational animal,’ he said. Man is a rationalising animal.’

A third reason why we ignore climate change, according to Park, is that our actions rarely benefit us personally. If you buy an electric vehicle, the price of that new Tesla will sting and you’re not going to benefit from the carbon emissions saved. However, if there is collective action, everyone would benefit from cheaper electric vehicles to less filthy air.

So, what can we do about climate change?

As was mentioned above, one of the foci of the Behavioural Insights Team is encouraging ‘nudge’ behaviour – what Park described as softly encouraging a certain type of behaviour without restricting choice. And it turns out, there are lots of ways to nudge us well-intentioned, self-centred creatures into healthier habit.

Examples of nudge behaviour are everywhere. In Switzerland, energy companies made green energy the default choice and people – out of either convenience or conscience – tended to stick with this option. Park mentioned how one canteen reduced food waste by up to 40% through the introduction of a small friction: removing the plastic trays (Thiagarajah and Getty 2013). In a similar sphere, he said Sainsbury’s Cafe increased orders of its plant-based meal options by calling items ‘field-grown’ rather than ‘meat-free’ or ‘plant-based’.

Park mentioned that we can motivate different behaviour by introducing a social element. He noted that solar panels were found to be socially contagious in California and parts of Europe, while the same has happened in the UK with the introduction of green number plates for electric vehicles.

Comparing people to their peers is another useful way of changing habits for the better.  Benchmarking people’s behaviour against the norm – such as telling someone they use more energy than most customers – is one way of doing it. Publishing environmental performance league tables for organisations is another to encourage a climate-friendly approach.

If you don’t think these sorts of nudge behaviours don’t work, think of the humble plastic bag tax. When you take your own bags for your weekly shop, you might save just 30p on a £30 shop. But have you done it? And are you doing it still?

Unfortunately, there is no dancing around the fact that 60% of emissions reduction requires behaviour change, according to Park. So, nudge behaviour will help but we’ll be needing more power behind that elbow. 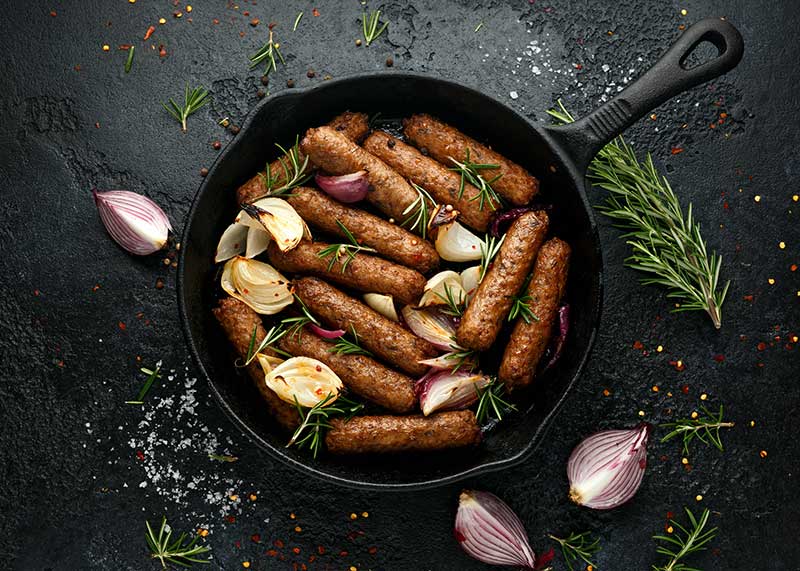 What’s in a name? Language can have a profound effect on our choices. Now, who’s for a field-grown breakfast?

‘Small nudges aren’t enough,’ he said. ‘We also need to apply this lens to systemic, transformative change. That means finding smart ways to tilt the functioning of markets.

He said that consistent, long-term decision making is not only important for individuals but for businesses too.

‘Incentives are massively important for corporations,’ he added. ‘That would generally be my first port of call. That’s where the bigger impacts can be found.’

At the end of the talk, a member of the audience asked Park, simply, if there was hope? To answer that, he offered the example of plant-based food.

Not so long ago, many plant-based meat alternatives were the preserve of the few. However, consumer interest in plant-based foods has ‘mushroomed’ in recent years and retailers have responded with a swath of new food products.

‘Change can be runaway and self accelerating, Park said, ‘and we shouldn’t forget that solutions can scale exponentially… New norms can, all of a sudden, spread very quickly.’