We use cookies to ensure that our site works correctly and provides you with the best experience. If you continue using our site without changing your browser settings, we'll assume that you agree to our use of cookies. Find out more about the cookies we use and how to manage them by reading our cookies policy.
Hide
Science & Innovation
■
06 June 2022

Philip Ball's SCItalk: What is beauty to a chemist?

Is it dipping your finger into a glistening bowl of mercury? Is it symmetry? Is it the patterns of crystal growth or is it to be found in nature – in the neatness of evolution? In his thought-provoking SCItalk, Philip Ball explored the beauty of chemistry.

When you write fiction, you’re supposed to wake all the senses. So, don’t just tell readers what something looks like. Tell them how it feels. Tell them how it sounds. Tell them how it tastes. For beauty exists in the smell of perfume as someone walks by, just as it resides in the colours of bloom. One of the beauties of chemistry – like nice writing – is that it also evokes all of the senses.

That was what drew Philip Ball to chemistry: the profusions of colour, the explosions, the reek of sulphur, dipping his finger into a bowl of mercury as a lad and wondering how this dense, silvery liquid hadn’t made his hand wet.

And yet, chemists – and scientists in general – seem to have a complicated relationship with beauty. Part of this is down to what different groups see as beautiful. ‘When scientists talk about beauty,’ he said, ‘they think they’re talking about what artists are, but they really aren’t.’ 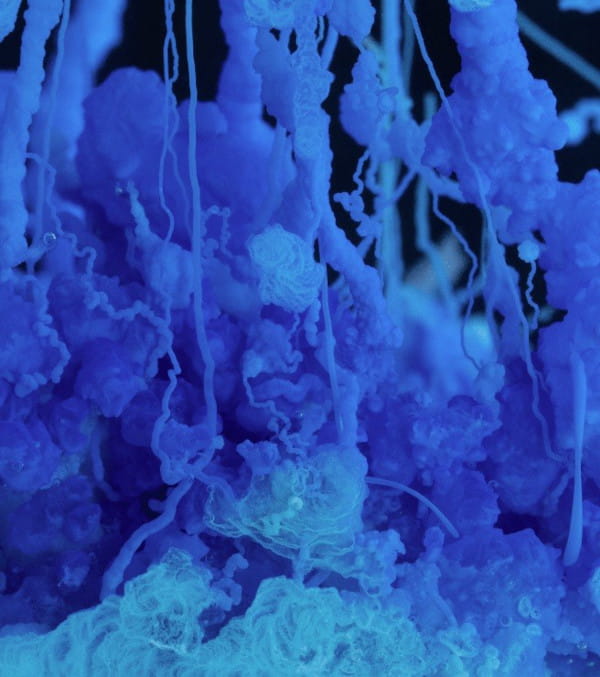 For a physicist, an equation might capture the essence of beauty. For a chemist, it might be the shape of a crystal growth formation. Ball argued that chemists tend to be Platonists – that they locate beauty in symmetry (for Plato, he added, art was too messy ever to be beautiful).

Chemistry’s reputation as a staid science isn’t helped by the fact that it has long hidden its light from the world. Much beauty is confined to those who view it under microscopes. It is only relatively recently – with the proliferation of high-resolution imagery – that the public has finally looked upon the beauty of chemical gardens, processes, and configurations in all their stunning detail.

Even so, despite the bewitching quality of seeing copper hydroxide billowing like a jellyfish, and the jagged architecture of lead formations, much of chemistry’s beauty lies in its dynamism, rather than the confines of the still frame.

The inspiration of nature

And yet, it wasn’t ever thus. Chemistry in bygone centuries was viewed slightly differently. ‘Of the chemistry of his day and generation, [the German philosopher] Kant declared it was a science, but not Science,’ Ball noted.

Similarly, in Frankenstein, Mary Shelley painted chemistry in a different light to how it is seen today. ‘Chemistry is that branch of natural philosophy in which the greatest improvements have been and may be made,’ her character, Professor Waldman, said. 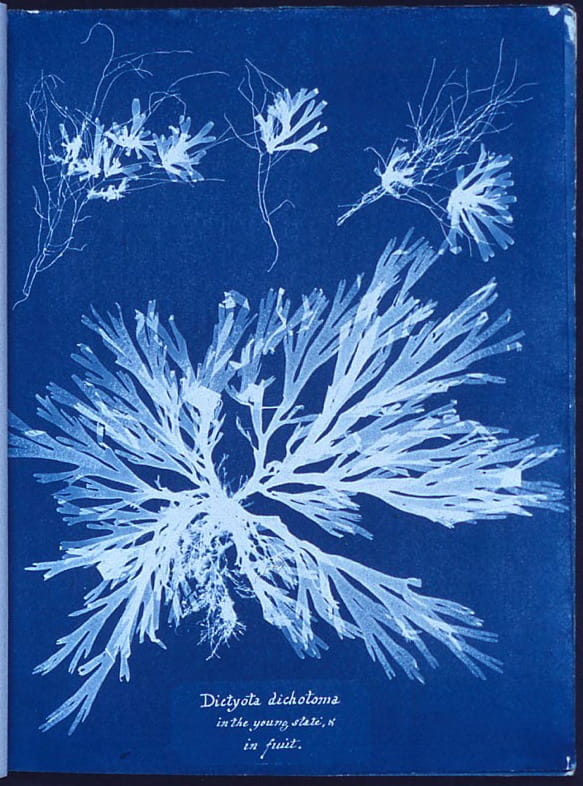 The sheer beauty in science has long been appreciated, as is seen in this cyanotype photogram made by Anna Atkins in her 1843 book, Photographs of British Algae: Cyanotype Impressions.

So, why the small s? Why was it seen, not as a soft science, but one with a softer underbelly – like a stone-faced steel worker who secretly writes poetry? Perhaps it has to do with the link to creation. ‘Chemists display, arguably, the greatest creativity in the sciences,’ Ball said. ‘[They have] the urge to make stuff.’

This creativity is often guided by the beauty of the natural world. Ball argues that some scientists are guided by the sheer beauty of nature, by finding the unexpected in things we have seen so many times before.

On the screen, he put up a picture of what looked like the intricate component of a motor, which turned out to be the natural motor structure within bacteria driving its very survival. He mentioned the pigments within flower petals, so delicately tuned by evolution. 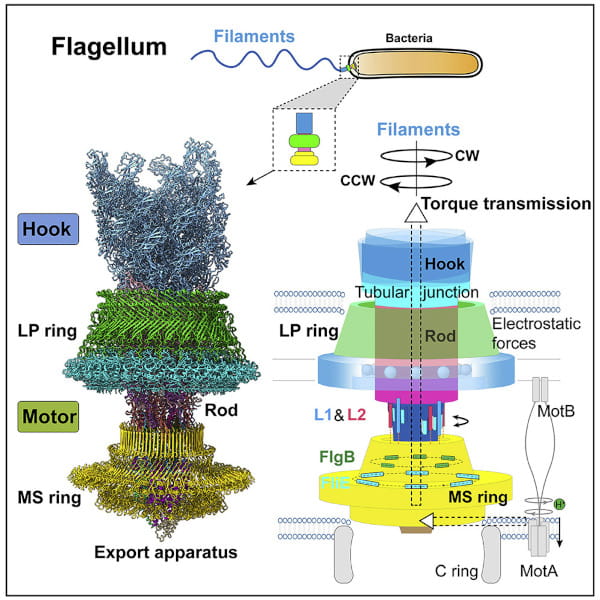 An extraordinary bacteria motor (left). Image from paper on: Structural basis of assembly and torque transmission of the bacterial flagellar motor. Created by Zhejiang University researchers..

Simply put, the elegant solutions found by nature are inspiring. ‘It made me think about what Einstein said,’ he added. ‘The Theory of Relativity was so beautiful to him that he believed nature had to work this way.’

And some chemists are drawn by a different type of aesthetic: the beauty of the method. Just as a football fan might rhapsodise about the arc of a perfectly struck free-kick as it curves beyond the keeper’s reach, some chemists see something in the process. ‘For some chemists, there’s a beauty in the synthesis,’ Ball said; and other chemists, he added, will have their own aesthetic responses to an approach, be it elegant or otherwise.

Why shouldn’t the work of a chemist be driven, in part, by beauty? And why should the arbiters of the aesthetically pleasing be confided to the arts? For Philip Ball, the chemical world is one of artistry, dynamism, and beauty. For him, science provides a new lens, new tools for seeing, and new ways for looking at the world around us.

‘Science doesn’t de-enchant the world,’ he said. ‘On the contrary, it re-enchants it.’

Philip’s book, The Beauty of Chemistry, is published by MIT Press.