We use cookies to ensure that our site works correctly and provides you with the best experience. If you continue using our site without changing your browser settings, we'll assume that you agree to our use of cookies. Find out more about the cookies we use and how to manage them by reading our cookies policy.
Hide
Careers
■ ■
03 August 2022

Paulina Quintanilla has developed a clever way to maximise the froth flotation technology used to extract more valuable minerals from rocks. The SCI Scholar and Poster Competition winner chatted to us about her process and how it could make mineral processing more efficient.

How would you describe your froth flotation technology in simple terms?

Froth flotation is also relevant in several other industrial applications, such as water treatment and paper de-inking.

Schematic of the froth flotation process. Image by @AMPRG_Imperial.

How would you describe your froth flotation technology in simple terms?

This research focuses on optimising the froth flotation process using a control strategy called model predictive control. To this end, mathematical models were developed to represent the phenomena inside a flotation tank. These models are then used to ‘predict the future’ so that decisions can be taken now (we can control the process) to improve the froth flotation performance.

Model predictive control is a powerful optimisation strategy that has been widely used in other processes, including in the petrochemical industry, but it is still very new in the mineral processing industry.

One of the main advantages of this research is that the models are physics-based. This means that they were developed from the fundamental physics of the process rather than from data, which makes them useful under any operating conditions, for any flotation tank size. This is particularly interesting for application in the large flotation tanks used on an industrial scale.

How could this work benefit industry and make processing more efficient?

Building clean technologies for the transition to 100% green energy is creating a massive demand for a range of minerals. For example, copper mines would have to ramp up production considerably to satisfy the extra 7% predicted demand. Meeting that demand, however, is becoming more and more challenging as ores are becoming lower grade, deeper, and more complex.

This implies that there is an urgent need to optimise current processes to extract the necessary minerals and metals more sustainably and efficiently. As froth flotation is a large-scale process, even small improvements in the separation efficiency would translate into important increments in production. 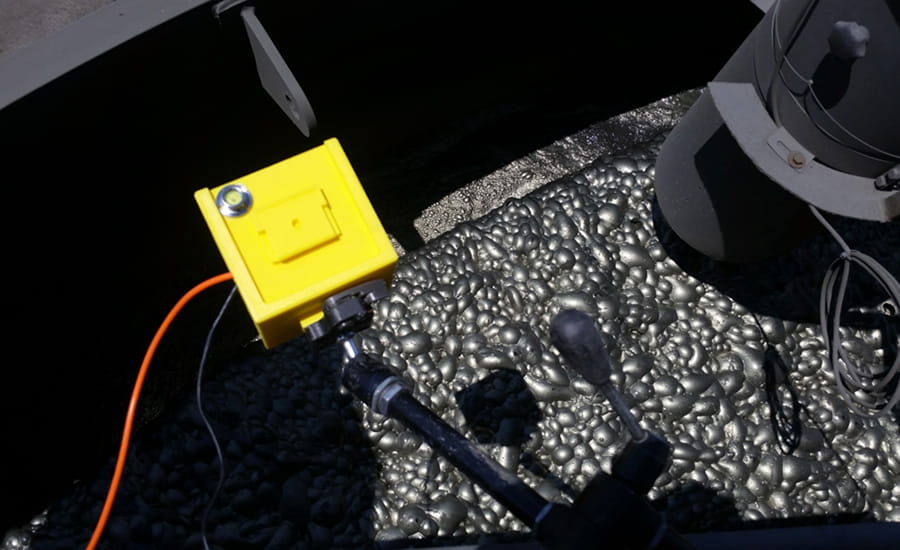 Overflowing froth seen from the top of an industrial-scale tank. Image by @AMPRG_Imperial.

What is the potential of this work in terms of copper recovery?

We demonstrated that improvements of between 8 to 22% in metal recovery were achieved by implementing a model predictive control strategy at the laboratory scale, revealing an untapped potential for implementation at an industrial scale. This research could serve as a promising next step for the mining industry to meet future metal and mineral demands by extracting more metal for the same amount of resources, such as water, energy, and chemicals.

Your flotation tanks are actually based in Chile. How do you operate them remotely?

I am currently implementing an online model predictive control strategy in a laboratory-scale flotation bank in Chile. I monitor and control this experimental rig from home, in the UK.

The experimental rig was automated in such a way that all the instruments (e.g. air flow meters, controllers, pumps, etc.) are connected to a module called ‘Programmable Logic Controller’. This module is then connected to a workstation computer, which I access from my laptop in the UK.

The Programmable Logic Controller allows me to obtain measurements in real-time and control the system. In this case, the measurements are used to update the mathematical models, while the system is controlled by changing the ‘revolutions per minute’ of the pumps (to change the pulp levels) and/or moving the air valves (to change the airflow rates).

Could this process be used to extract other materials? If so, which ones?

You won an SCI Scholarship. How did you use the funds you received to develop your research?

I used the generous SCI scholarship to partially fund a two-month visit to the laboratory in Chile. I set up new connections for remote control by installing new instrumentation to make it even more automated, and I carried out preliminary online control experiments. Since then, all the control experiments have been carried out from my laptop at home. 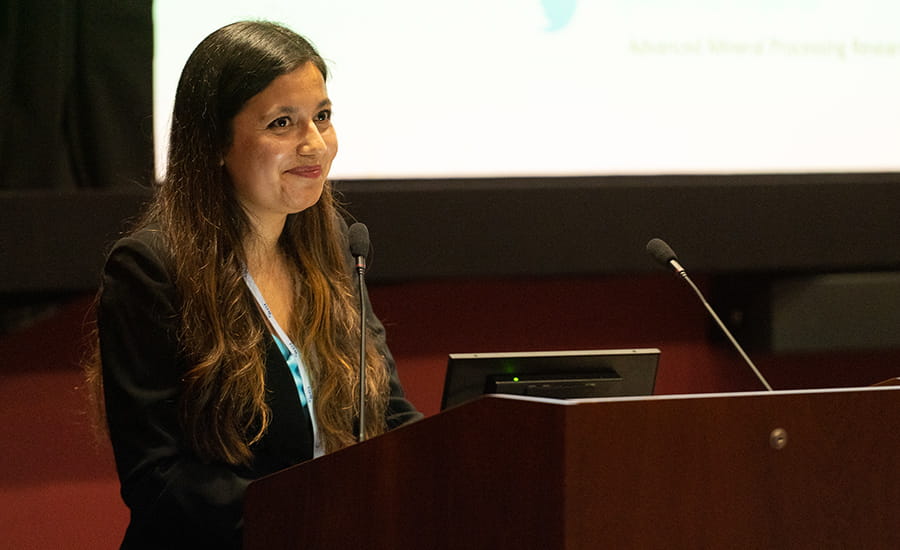 What are your future plans for this innovative technology (and other potential research)?

I plan to keep up the momentum of researching froth flotation optimisation, as I believe that there is still a long way to go for improvement, particularly at an industrial scale. Model predictive control has not been widely explored within the mineral processing industry despite the fact that it has shown great potential. There is still a gap between academia and industry that should be bridged, sooner rather than later, to improve the performance of the process.

Apart from the model predictive control strategy using physics-based models (including the one I have investigated during my PhD research), many other control strategies show great potential to be tested and implemented at an industrial scale.

This is particularly applicable in mineral processing plants, as most of them collect a huge amount of data that could serve as valuable inputs for further improvement and optimisation, using novel engineering tools such as artificial intelligence and digital twins.