We use cookies to ensure that our site works correctly and provides you with the best experience. If you continue using our site without changing your browser settings, we'll assume that you agree to our use of cookies. Find out more about the cookies we use and how to manage them by reading our cookies policy.
Hide
Agrifood
■ ■
15 August 2022

How can I make my garden more sustainable?

Which species can you plant to increase the nutrients in your soil and boost biodiversity, and which pathogen tackles some of those pesky weeds? Our resident gardening expert, Professor Geoff Dixon, tells us more.

The term ‘sustainability’ for gardening means replacing what you take out of the soil and supporting localised biodiversity. Harvested crops, for example, take out nutrients and water from the soil. Replacements should be supplied that aid biodiversity and have minimal impact, or zero impact, on climate change.

Seaweed (Ascophyllum) has been recognised as a valuable fertiliser source in British coastal areas for centuries. Now, proprietary seaweed extracts are gaining popularity either when applied directly as liquid feeds or sprays, or when added into composts. 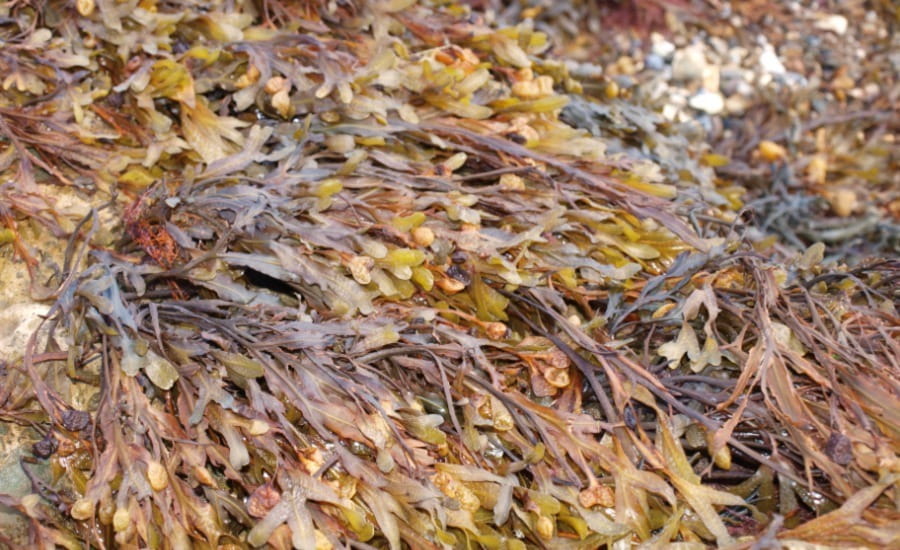 Seaweed bolsters some of the nutrients lost through gardening. Image from Geoff Dixon.

Some plants are very effective supporters of biodiversity. Borage (Borago officinalis), known also as starflower or bugloss, is a robust annual plant of Mediterranean origin with pollinator-attractive blue flowers.

It is very drought resistant and suitable for dry gardens. Although an annual, it is self-seeding and could spread widely. It is very attractive to bees as it produces copious light – and delicately flavoured honey.

Its flowers and foliage are edible with a cucumber-like flavour, making it suitable in salads and as garnishes, while in Germany it is served as grűne soße (green sauce). When used as a companion plant for crops such as legumes or brassicas, it will also help to suppress weeds. 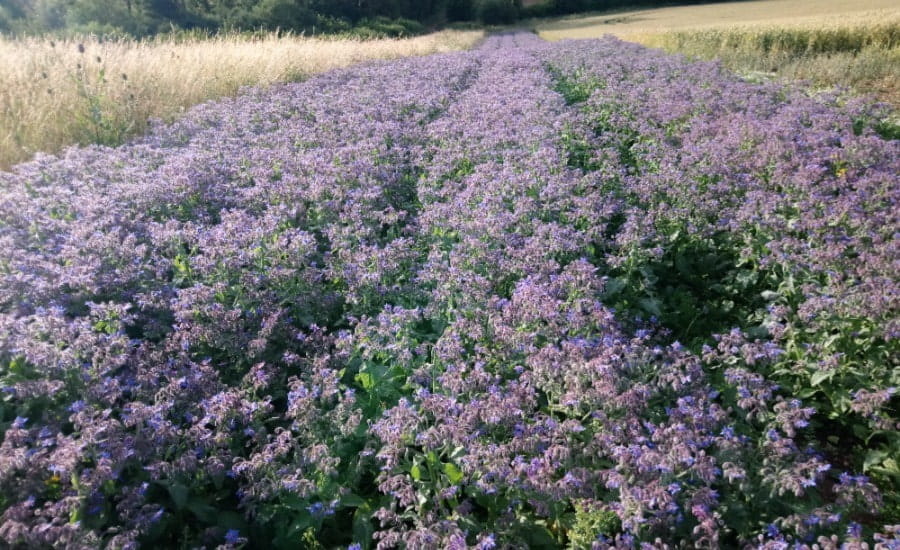 Borage is good for bee and belly. Image from Geoff Dixon.

Weeding out the problem

Weeds are a continuous problem for gardeners and their prevalence varies with the seasons. Groundsel (Senecio vulgaris), also known as ‘old man in the spring’, persists whatever the weather.

It is ephemeral but can seed and regrow several times per year. As a result, once established, it is difficult to control without very diligent hand weeding and hoeing out young seedlings before the flowers form.

There is, however, a form of biological control that can aid the gardener. Groundsel is susceptible to the fungal rust pathogen (Puccinia lagenophorae). This pathogen arrived in Great Britain from Australia in the early 1960s. Since then, it has become well established and outbreaks on groundsel start to become obvious in mid- to late-summer, especially in warm dry periods. 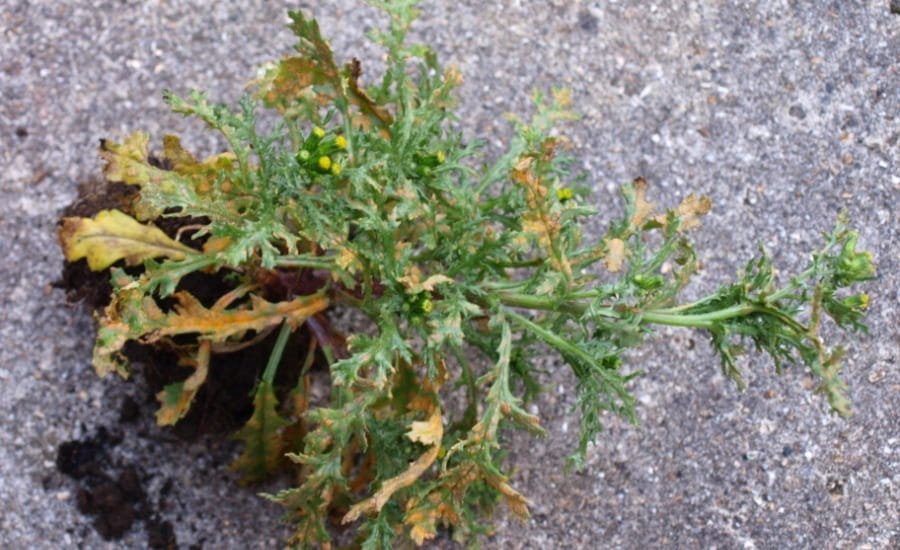 A fungal pathogen can kill groundsel, a weed that comes through several times a year. Image from Geoff Dixon.

Severe infections weaken, and eventually kill, groundsel plants. Gardeners should take advantage of the infection and remove the diseased weeds before any seeds are produced.

>> How else has climate change changed the way our gardens grow, and what can be done to alleviate its effects? Geoff Dixon investigates.

Professor Geoff Dixon is author of Garden practices and their science, published by Routledge 2019.

Written by Professor Geoff Dixon. You can find more of his work here.