A little talked about element, with the atomic mass 140, plays a surprisingly important role in everyday life. It has not only lit many a path, but can be credited with improving and saving the lives of billions of people by enabling cleaner air.

Walker began by outlining the history of SCI, celebrating its 140th anniversary this year. As an employee of Johnson Matthey, Walker highlighted that George Matthey was among the pioneers of SCI. In addition Walker explained that his PhD research had involved looking at catalysts that included Cerium.

Cerium is a lanthanide and the 26th most abundant element on earth. Indeed it was the first lanthanide to be discovered, found as its ore cerium silicate, in 1803. Cerium makes up 66ppm of the earth’s crust, which is about 5 times as much as lead. It is the only one of the lanthanides able to take on the +4 oxidation state, making it very useful in some of its applications. It is mined in the US, Brazil, India, Sri Lanka, Australian and China, with annual global production of 24 000 tonnes.

However, this straightforward look at the history of Cerium conceals a much more interesting narrative about how this element shaped the life of a number of prominent chemists of the day. Indeed Cerium was found as early as 1751 at a mine in Vestmanland, Sweden by Axel Cronstedt, who also discovered Nickel. Believing it to be an ore of Tungsten, he sent it to Carl Wilhelm Scheele for analysis. However, Scheele was not able to identify it as a new element.

This turn of events for Scheele, perhaps unfairly, helped to seal his moniker as the ‘unlucky chemist’. Scheele, a prominent chemist and pharmacist, had a number of discoveries to his name. He isolated lactic acid, and discovered hydrogen fluoride and hydrogen sulphide.

But as Walker explained, his most notable discovery was oxygen, some three years before Joseph Priestley. Sadly for Scheele; it took him six years to publish his findings, by which time Priestley had already presented his data. Putting a contemporary slant on Scheele’s misfortune, Walker added that the cautionary tale here was that getting things out into the public domain as soon as possible can be important to ensure credit goes to the right people.

Further work by Scheele led to the discovery of a number of elements including barium and chlorine, but sadly he did not receive any recognition because he didn’t manage to isolate them and identify them correctly. The chemist Sir Humphrey Davy did so, some years later, getting the credit for their discovery and isolation.

So it was in 1803 that chemists Wilhelm Hisinger and Jons Jacob Bezelius proved that Cerium was indeed a new element, naming it Cerium after an asteroid/dwarf planet which had been called Ceres. The successful isolation of Cerium took place in 1875, carried out by American chemists William Hillebrand and Thomas Norton, by passing an electric current through molten cerium chloride. 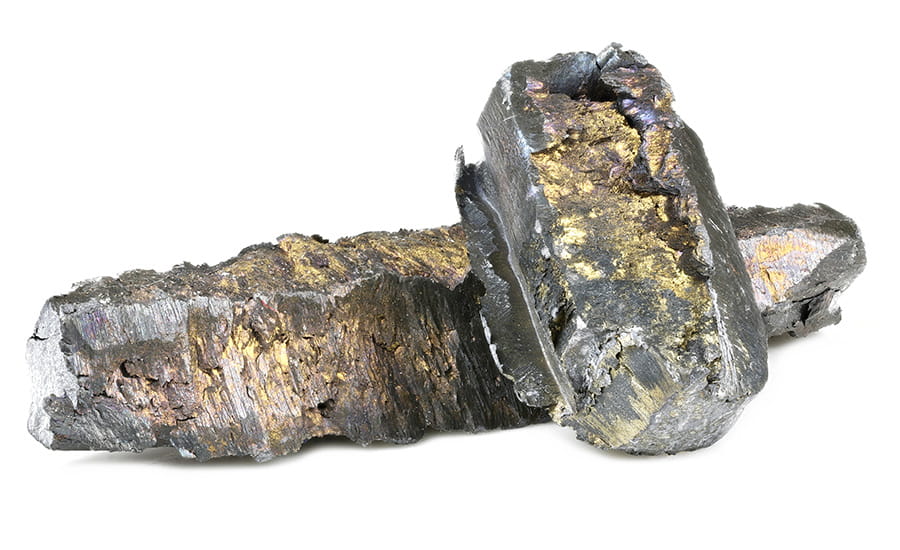 Once isolated, the earliest application of Cerium was in incandescent gas mantles. Developed by Carl Auer von Welsbach, in 1891, he perfected a mixture of 99% thorium oxide and 1% ceria, which gave a soft white light. Introducing his new mantle commercially in 1892, von Welsbach was able to monetise his development selling his product throughout Europe.

Gas mantles have been replaced, but Cerium’s importance in producing white light remains. As Walker explained, most white LEDs use a blue gallium nitride LED covered by a yellowish phosphor coating made of cerium-doped Yttrium Aluminium Garnet crystals.

In the medical arena, Cerium was used by Sir James Young Simpson, Professor of Medicine and Midwifery at Edinburgh who did a lot of work in the area of anaesthetics. Simpson found that cerium nitrate suppressed vomiting, particularly that associated with morning sickness, and well into the last century, medication containing Cerium could be bought over the counter. In addition Cerium has been the basis of treatments for burns.

Other applications for this versatile element are self cleaning ovens and mischmetal alloy, used in flints for cigarette lighters. Walker shared that the chemist and author Primo Levi, while imprisoned in Auschwitz, was able to steal cerium-iron rods from the laboratory he was forced to work in. Making them into cigarette lighter flints, he was able to barter for bread. Cerium is used to harden surfaces; it is a good polishing agent. Cerium sulphide has been used to replace the pigment cadmium red as a non-toxic alternative and Cerium is widely used across the chemical industry as a catalyst to produce a host of chemicals.

Catalysis is probably where Cerium has impacted most people as the element is the basis for the catalytic converters that have provided cleaner air for billions of people. Walker explained that the driver for the development came during the 1950s when photochemical smog was a problem in the Los Angeles Basin. Measurements at the time indicated that vehicles were responsible for the majority of the hydrocarbon and NOx emissions that led to the polluted air.

This turn of events led researchers to develop systems that could mitigate the emissions. Johnson Matthey was among those doing the early work on catalytic converters. Meanwhile, the automotive industry was pushing back on their introduction, concerned about the costs, durability and effectiveness. Working with Ricardo Engineering, Johnson Matthey carried out durability tests over 25 000 miles which also showed that the catalysts could pass US emissions tests.

The catalysts had to operate in three ways, at the same time, oxidising carbon monoxide (CO) and hydrocarbons (HC) while reducing NOx. Early catalysts, circa 1975, were based on Palladium and Platinum and focused on oxidising the CO and HC. Around 1978 a second catalyst was introduced to reduce NOx.

However, the introduction of Cerium then made it possible to develop a single catalyst that was able to carry out the functions that the researchers had wanted to achieve. Hence, 1981 saw the introduction of the three way catalytic converter with all three reactions enabled over a single catalyst. More recently ceria-zirconia oxide based catalysts have been developed with much higher oxygen storage capacity than ceria.

The impact of these developments has allowed the implementation of much more stringent air quality and emissions standards. Indeed Johnson Matthey estimates that its Cerium-based catalysts are responsible for removing around 40 tonnes of pollutants every minute of every day.

A single element has indeed impacted many lives.