Geoengineering: how much can technology help us combat climate change?

The world’s biggest ever survey of public opinion on climate change was published on 27th January, covering 50 countries with over half of the world’s population, by the United Nations Development Programme (UNDP) and the University of Oxford. Of the respondents, 64% believe climate change is a global emergency, despite the ongoing Covid-19 pandemic, and sought broader action to combat it. Earlier in the month, US President Joe Biden reaffirmed the country's commitment to the Paris Agreement on Climate Change.

It is possible that the momentum, combined with the difficulties many countries currently face, may make many look again to geoengineering as an approach. Is it likely that large scale engineering techniques could mitigate the damage of carbon emissions? And is it safe to do so or could we be exacerbating the problem?

The term has long been controversial, as have many of the suggested techniques. But it would seem that some approaches are gaining more mainstream interest, particularly Carbon Dioxide Removal (CDR) and Solar Radiation Modification (SRM), which the 2018 Intergovernmental Panel on Climate Change (IPCC) report for the UN suggested were worth further investigation (significantly, it did not use the term "geoengineering" and distinguished these two methods from others).

One of the most covered CDR techniques is Carbon Capture and Storage (CCS) or Carbon Capture, Utilisation, and Storage (CCUS), the process of capturing waste carbon dioxide, usually from carbon intensive industries, and storing (or first re-using) it so it will not enter the atmosphere. Since 2017, after a period of declining investment, more than 30 new integrated CCUS facilities have been announced. However, there is concern among many that it will encourage further carbon emissions when the goal should be to reduce and use CCS to buy time to do so.

CDR techniques that utilise existing natural processes of natural repair, such as reforestation, agricultural practices that absorb carbon in soils, and ocean fertilisation are areas that many feel could and should be pursued on a large scale and would come with ecological and biodiversity benefits, as well as fostering a different, more beneficial relationship with local environments. 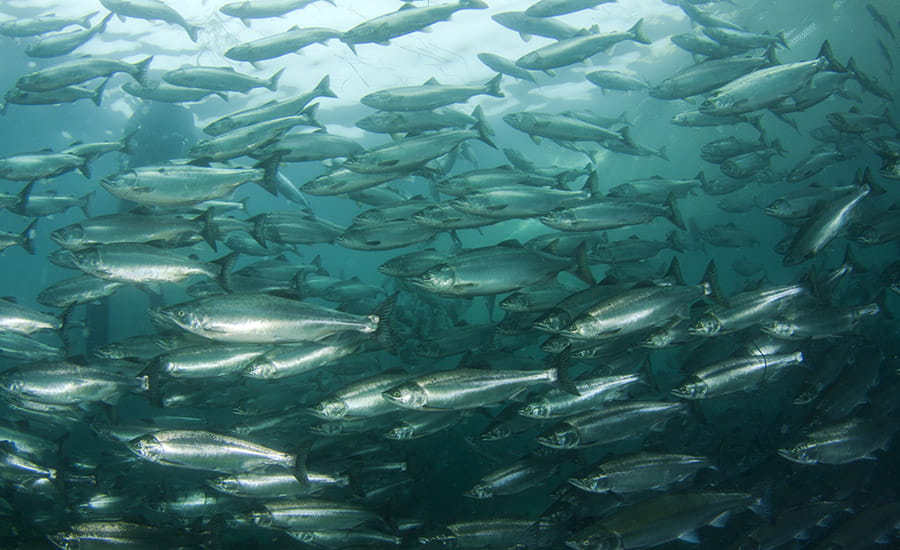 A controversial iron compound deposition approach has been trialled to boost salmon numbers and biodiversity in the Pacific Ocean.

The ocean is a mostly untapped area with huge potential and iron fertilisation is one very promising area. The controversial Haida Salmon Corporation trial in 2012 is perhaps the most well-known example and brings together a lot of the pros and cons frequently discussed in geoengineering — in many ways, we can see it as a microcosm of the bigger issue.

The trial deposited 120 tonnes of iron compound in the migration routes of pink and sockeye salmon in the Pacific Ocean 300k west of Haida Gwaii over a period of 30 days, which resulted in a 35,000km2, several month long phytoplankton bloom that was confirmed by NASA satellite imagery. That phytoplankton bloom fed the local salmon population, revitalising it — the following year, the number of salmon caught in the northeast Pacific went from 50 million to 226 million. The local economy benefited, as did the biodiversity of the area, and the increased iron in the sea captured carbon (as did the biomass of fish, for their lifetimes). 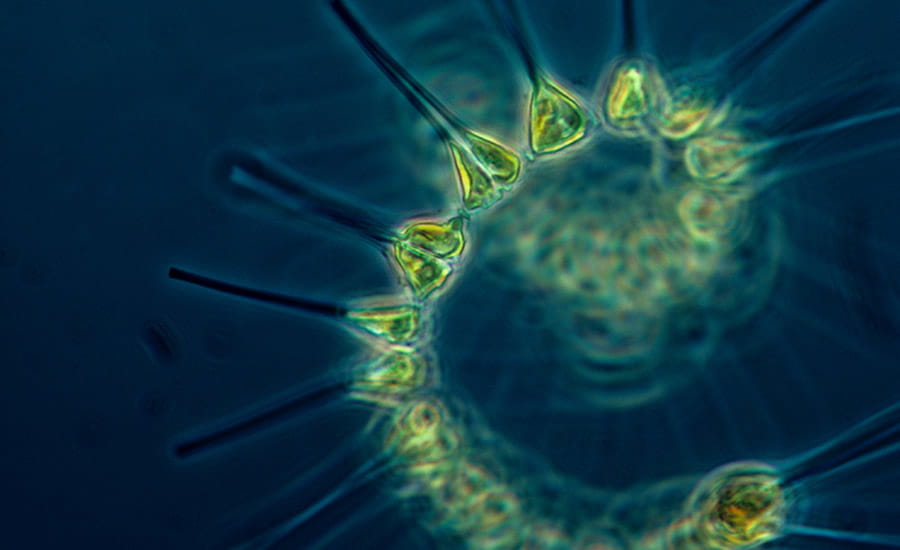 Small but mighty, phytoplankton are the laborers of the ocean. They serve as the base of the food web.

But Environment Canada believes the corporation violated national environmental laws by depositing iron without a permit. Much of the fear around geoengineering is how much might be possible by rogue states or even rogue individuals, taking large scale action with global consequences without global consent.

The conversation around SRM has many similarities — who decides that the pros are worth the cons, when the people most likely to suffer the negative effects, with or without action, are already the most vulnerable? This is a concern of some of the leading experts in the field. Professor David Keith, an expert in the field, has publicly spoken about his concern around climate change and inequality, adding after the latest study that, "the poorest people tend to suffer most from climate change because they’re the most vulnerable. Reducing extreme weather benefits the most vulnerable the most. The only reason I’m interested in this is because of that."

But he doesn't believe anywhere near sufficient research has been done into the viability of the approach or the possible consequences and cautions that there is a need for "an adequate governance system in place".

There is no doubt that the research in this field is exciting but there are serious ethical and governance problems to be dealt with before it can be considered a serious component of an emissions reduction strategy.

Many aid organisations have recognised that to change the growing population rate, investing in women is pivotal. Today (Wednesday 11 July) is World Population Day and we will briefly discuss why changing the living conditions for women and girls is essential to preventing overpopulation.

Today, there are 1.2 bn Africans and, according to figures released by the UN, by 2021 there will be more than 4 bn, stressing the urgency to prioritise the population crisis. Making contraception easily available and improving comprehensive sexual education are key to reducing Africa’s population growth.

Over 225 m women in developing countries have stressed their desire to delay or stop childbearing, but due to the lack of contraception, this has not been the result.

Family planning would prevent unsafe abortions, unintended pregnancies, which would, in turn, also prevent infant and maternal mortality. If there was a decrease in infant mortality as a result of better medical care, parents would be able to make more informed decisions about having more children.

It is therefore pivotal that governments and organisations invest more money into projects that will strengthen the health services in these regions, and in women’s health and reproductive rights.

In Rwanda, figures from Rwanda Demographic and Health Survey illustrate an increase in the use of modern contraceptive methods among married women, but the unmet need for family planning remains a large issue, stagnating at 19% between 2010 and 2015.

Rwanda’s leadership in creating platforms and programmes of action to progress sexual and reproductive health rights has resulted in a decrease in fertility rate, dropping from 6.1 children per women in 2005 to 4.2 in 2015.

‘Every year, roughly 74 m women and girls in developing countries experience an unwanted pregnancy primarily because there is a lack of sex education and a lack of contraception. It’s also because women and girls aren’t given equal rights’" said Renate Bähr, Head of the German World Population Foundation (DSW).

With opportunities and access to education, women and girls would be able to understand their rights to voluntary family planning. If women’s access to reproductive education and healthcare services were prioritised, public health and population issues would improve.