So you’ve found a major hydrocarbon resource — what next?

Where once a country might have wanted to strike gold, now hitting upon a hydrocarbon find feels like a prize. But finding a hydrocarbon is only the beginning of the process and might not be worth it — as Lebanon is discovering.

First, a little background: for some time, Lebanon has been experiencing an energy crisis. Without resources of their own, the industry (which is government-owned) is reliant on foreign imports, which are expensive. Electricity in early 2020 was responsible for almost 50% of Lebanon's national debt. Major blackouts were common.

This contributed to a spiralling financial crisis, prompting public protests and riots as the middle class disappeared and even wealthier citizens struggled. Before Covid-19 and the devastating August 2020 blast in Beirut, Lebanon was in crisis.

The idea that the country might be able to switch from foreign oil to local gas was understandably appealing, especially when a major find was literally right there on the Lebanese shore. In 2019, a consortium of Israeli and US firms discovered more than 8tcm of natural gas in several offshore fields in the Eastern Mediterranean, much of it in Lebanese waters. 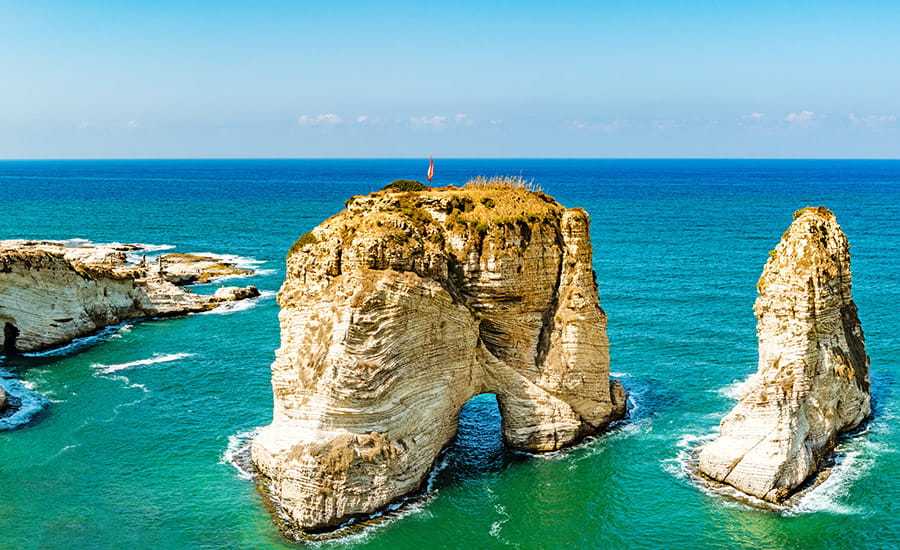 A hydrocarbon find off the Beirut coast has failed to live up to its early promise.

But a find is only the beginning. With trust in Lebanese politicians low (the country ranks highly in most government corruption indexes) and a system that has repeatedly struggled to deliver a stable government, there are additional difficulties, not least a delay in the licensing rounds and a lack of trust — both internally, from citizens, and externally, from potential bidders. Meanwhile, Lebanon's neighbours race ahead to exploit their own finds, which ratchets up tensions.

Amid all that, a drilling exploration managed to go ahead last summer. But the joint venture between Total, ENI, and Novatek, which operated a well 30km offshore Beirut and drilled to approximately 1,500 metres, did not bring back the hoped-for results. The results confirmed the presence of a hydrocarbon system generally but did not encounter any reservoirs of the Tamar formation, which was the target.

Offshore exploration is a long process, with a lot of challenges and uncertainties and Ricardo Darré, Managing Director of Total E&P Liban, said afterwards, "Despite the negative result, this well has provided valuable data and learnings that will be integrated into our evaluation of the area". But the faith national politicians have long put in the hydrocarbon find, selling it as an answer to all Lebanon's problems, seems to have only worsened the domestic situation since.

And domestic politics is just the start of the problems…

Unlike other countries in the Middle East, Lebanon has no pipeline infrastructure of its own.

Israel, Egypt, and Jordan already have pipelines, which go to Italy. Turkey is working with Libya on a pipeline. Lebanon has no pipeline infrastructure of its own yet, although Russia has storage facilities and pipelines in the country and an eye on possible competition in the gas market.

None of that is an issue if the supply is intended for domestic use but that might not be profitable enough for investors and the Lebanese government would struggle to underwrite production on its own. Cyprus has encountered similar issues exploiting its share of the find.

Lebanon has also set an ambitious goal of having 30% of domestic energy mix sourced from renewable energy by 2030. The hoped-for gas was intended to support the renewable energy mix but, with the clock ticking, it might be that priorities shift to focusing on renewables. The Covid-19 pandemic will significantly impact the budgets of drilling companies and the push for renewable energy, both from governments and investors, seems to be growing as a way to boost economic recovery.

It may be that, after all the excitement around the hydrocarbon find, Lebanon starts to look elsewhere for its energy provision.