We use cookies to ensure that our site works correctly and provides you with the best experience. If you continue using our site without changing your browser settings, we'll assume that you agree to our use of cookies. Find out more about the cookies we use and how to manage them by reading our cookies policy.
Hide
Materials
■ ■
18 September 2018

The 2D material that could open quantum doors 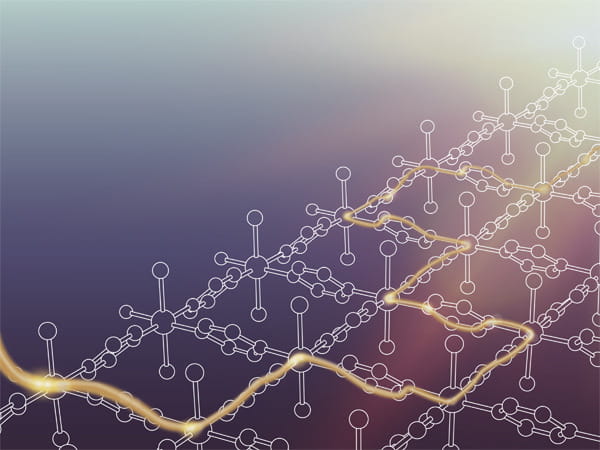 2D materials have a thickness of just one molecule, which makes them especially promising for use in quantum computing, as electrons are restricted by movement across two dimensions, as the wavelength of the electron is longer than the thickness of the material.

The most well known of these new materials is graphene – a single layer or carbon – which since its Nobel prize-winning synthesis in 2004 has been posited as a game-changer in applications ranging from tissue engineering and water filtration to energy generation and organic electronics.

Now, an international team at DTU led by Assistant Professor Kasper Steen Pedersen has synthesised a novel nanomaterial with electrical and magnetic properties that the researchers claim make it suitable for future quantum computers and other applications in electronics.

Since graphene’s discovery, hundreds of new 2D materials have been synthesised, but the new material, published in Nature Chemistry, is based on a different concept. While the other 2D material candidates are all inorganic, chromium-chloride-pyrazine (chemical formula CrCl2(pyrazine)2) is an organic-inorganic hybrid material.