We use cookies to ensure that our site works correctly and provides you with the best experience. If you continue using our site without changing your browser settings, we'll assume that you agree to our use of cookies. Find out more about the cookies we use and how to manage them by reading our cookies policy.
Hide
Materials
■
05 April 2019

2019 has been declared by UNESCO as the Year of the Periodic Table. To celebrate, we are releasing a series of blogs about our favourite elements and their importance to the chemical industry. Today we look at helium. 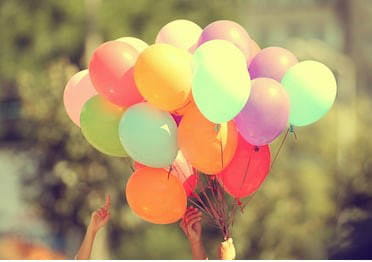 Helium was first discovered by French astronomer Jules Janssen in 1868 when observing the spectral lines of the Sun during a solar eclipse. He initially thought the unidentified line was sodium, later concluding it was an element in the sun unknown to Earth.

In March 1895, Sr William Ramsey, a Scottish chemist, isolated helium on Earth for the first time by treating a mineral called cleveite with mineral acids. He was initially looking for argon, but noticed his spectral lines matched that of Jules Janssen’s.

Helium was discovered when Jules Janssen was observing the solar eclipse spectra.

Helium is a colourless, non-toxic and inert gas. It is the second lightest and second most abundant element in the universe.

Helium is often used for cryogenic (cooling) purposes. Liquid helium has a temperature of -270°C or 4K, which is only 4°C above absolute zero. It is utilised for cooling super conducting magnets.

Super conducting magnets have applications in imaging such as nuclear magnetic resonance (NMR), used for analysing molecules, and magnetic resonance imaging (MRI), a medical imaging device. These techniques are important for scientific research and medical diagnostics.

Helium can also be used a pressurising gas for welding and growing silicon wafer crystals, or as a lifting gas for balloons and airships.

Helium is also used in airships and balloons. Image: Pixabay

A commonly known use of helium is to fill balloons often found at parties and events. When people breathe in the helium gas from these balloons, their voice changes.

As helium is much less dense that nitrogen and oxygen, the two gases that make up regular air, sound travels twice as fast through it. When you speak through helium, the timbre or tone of your voice is affected by this change, causing it to appear higher in pitch.

Why is helium so important? Video: SciShow

Unfortunately, helium is a non-renewable resource, and reserves are running out. There is currently no cheap way to create helium, so industries need to be vigilant when using it, and we may see less helium balloons in the future.

Written by Cassie Sims You can find more of their work here.