We use cookies to ensure that our site works correctly and provides you with the best experience. If you continue using our site without changing your browser settings, we'll assume that you agree to our use of cookies. Find out more about the cookies we use and how to manage them by reading our cookies policy.
Hide
Agrifood
■ ■
22 October 2020

Fertile soils teem with life of all shapes and sizes, from badgers and moles to insects and the most minute microbes, forming an intricate web of life. Each plays its part – earthworms, for example, burrow through soils opening out channels that improve aeration and water percolation. They are, in Charles Darwin’s words, ‘nature’s ploughs’.

Microbes are quite probably the largest biomass, certainly numerically. The great majority form beneficial relationships with plants, relatively few are pathogens capable of causing crop diseases. Some of the most beneficial are nitrogen-fixing bacteria, which form symbiotic associations with the roots of legumes (clovers, peas and beans).

Their nitrogenase enzymes are capable of combining atmospheric nitrogen with hydrogen-forming ammonia. Followed by conversion into nitrites and nitrates which are made available for the host plant in exchange for carbohydrates, sources of energy for the microbes. The presence of these bacteria is indicated by white nodules on the roots of legumes. 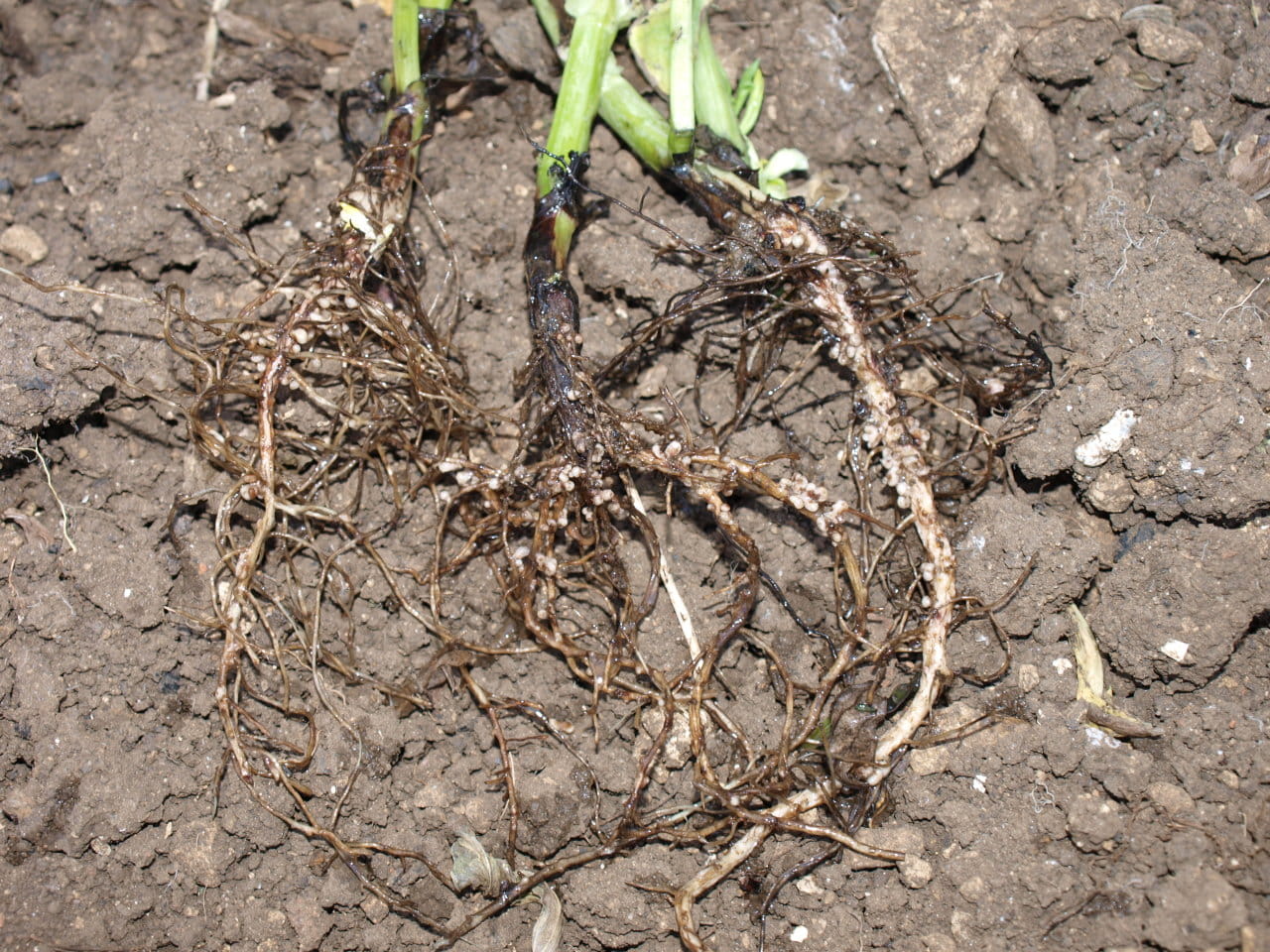 The white nodules on the roots of legumes indicate the presence of nitrogen-fixing bacteria, which provide nourishment to microbes in the soil.

The fungi mycorrhizae also form associations with plant roots. These may form sheaths wrapping round the root, ecto-mycorhizea, or penetrate into the root cortex as endo-mycorrhizea, working in close association with host cells. Mycorrhizae solubilise soil deposits of phosphates and other minerals, making them available for the host. They also provide protection from root-invading plant pathogens.

These fungi utilise carbohydrates supplied by their hosts as energy sources in a similar manner to nitrogen fixing bacteria. Mutualistic mycorrhizal associations are found across most higher plant families with the key exception of the brassicas. This exception quite probably relates to production of the iso-thiocyanate mustard oil, which is fungi-toxic, in brassica roots. 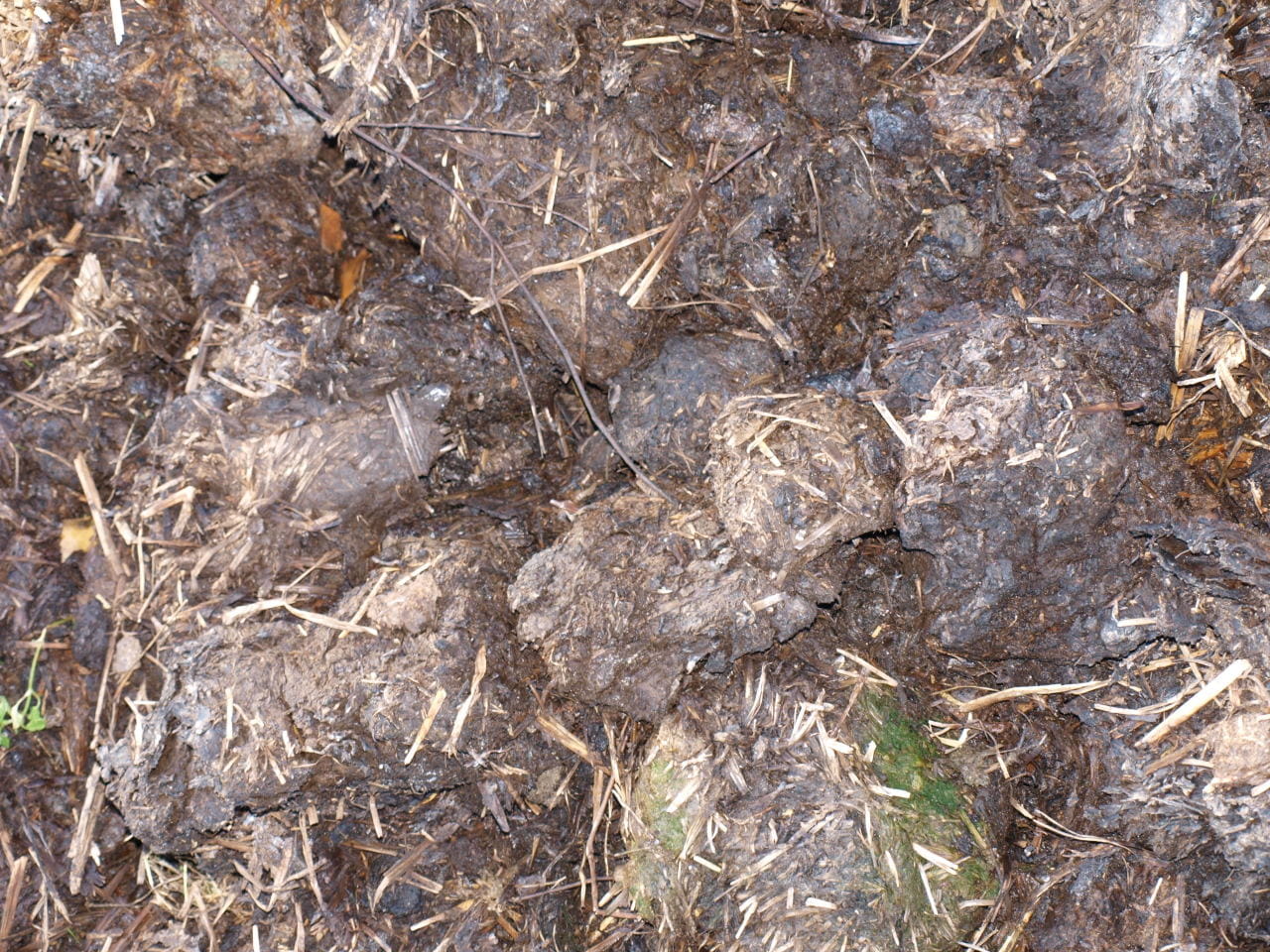 Benefits from nitrogen-fixing bacteria and mycorrhizal fungi were recognised by 19th century agronomists. Much more recently, science has begun uncovering the biological capital of myriad microbes present in healthy soils. Research is being stimulated by recognition of the need for sustainable forms of crop husbandry that utilise ecologically sound techniques in integrated management.

Soil health can be stimulated by incorporation of farmyard manure or well composted green wastes, both containing huge populations of beneficial microbes. The critical importance of building and maintaining healthy soils cannot be over-emphasised. Quite simply, our food supplies depend upon it.

Interested in soil health? Why not register for free to attend the 2020 Bright SCIdea Challenge final? One of the teams in this year’s final are pitching their method to restore the fertility of heavy metal ion rich farmland and increase crop yields.


Written by Professor Geoff Dixon You can find more of their work here.