We use cookies to ensure that our site works correctly and provides you with the best experience. If you continue using our site without changing your browser settings, we'll assume that you agree to our use of cookies. Find out more about the cookies we use and how to manage them by reading our cookies policy.
Hide
Science & Innovation
■ ■
18 November 2021

Continuing our profiles of Black scientists, Dr Jeraime Griffith, Chair of SCI’s Agrisciences Group, shares how a simple classroom experiment set him on the journey that has led to him analysing complex data to safeguard UK food security. 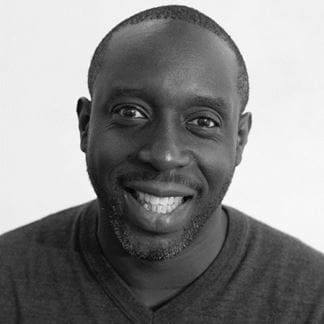 Would you mind giving us a brief outline of your current role:
I am a Data Scientist. I work with a team of Data Scientists at the Food Standards Agency to build tools that maintain, forecast and predict threats to the UK’s food security.

What was it that led you to study chemistry/science and ultimately develop a career in this field? Was this your first choice?
At about age 10, in primary school, I had a teacher who explained to us how the human digestive system and saliva break down starch into sugars. To demonstrate this, he got some bread from the school kitchen and asked us to chew it until we started noticing a slight sweet taste. I decided then to be a scientist. This wasn’t my first choice however. Prior to that moment, I wanted to be a pilot.

Was there any one person or group of people who you felt had a specific impact on your decision to pursue the career you are in?
My parents were super supportive. After announcing that I wanted to be a scientist, I got a science dictionary for my birthday. I also had great teachers, both at primary and secondary school. At 13, we were doing hands-on chemistry experiments and helping to tidy the lab at the end of the school year.

Could you outline the route that you took to get to where you are now, and how you were supported?
Following a BSc and a PhD, both in chemistry, I worked for ChemOvation, Argenta Discovery (now part of Charles River Laboratories) and briefly at Novartis. I then went off to New Zealand for a two-year postdoc at Massey University in early 2009 to work with my former PhD supervisor who had relocated there.

On returning to the UK, I worked at Imperial College London, first at the Centre for Synthetic Biology, then over in Chemistry with Professor Tom Welton. It was towards the end of my time with Professor Welton that I began learning the programming language Python, which led me to data science. I’m now a Data Scientist at Cognizant, working with the Food Standards Agency.

I was fully supported, both in industry and academia, but it was in academia that I was afforded the freedom to explore my interests – particularly to use 20% of my time to do whatever I wanted.

Considering your own career route, what message do you have for Black people who would like to follow in your footsteps?
Allow some flexibility in pursuing your career. When I was questioning myself and my goals, I came across ‘Obliquity’, a book by John Kay. Sometimes diversions are the best way to get to your goals.

Seek out mentors, and I would say regardless of race, who can help you get there. Don’t be afraid to email them and briefly talk about your interest in the work they’ve done, what you have done and are doing now. I’ve found people are genuinely interested in helping you. This is how I learned about the Agrisciences group at the Society for Chemical Industry, which I joined and now Chair.

As for getting into data science, I did a 13-week intensive bootcamp. These are not for everyone as they are expensive and have a high demand on your time. However, there are a lot of free courses available. With this availability, it can be hard to find the good ones. The knowledge of the crowd can help. I’ve found Twitter to be our modern day equivalent to Ask Jeeves.*

What do you think are the specific barriers that might be preventing young Black people from pursuing chemistry/science?
Lack of representation I think is the number one barrier. Impostor syndrome is bad at the best of times, but worse still if there’s no representation in the ivory tower.

What steps do you think can be taken by academia and businesses to increase the number of Black people studying and pursuing chemistry/science as a career?
Recruit people of colour with less experience to positions of responsibility. Trust us to perform and have the support in place when we falter.

Science is at the centre of addressing many of the big global issues. Do you hope that this will lead to more young Black people wanting to get involved in science and develop solutions?
Yes. A low entry point is data science. Most of the tools we use are open source. Data for your area of interest are, for the most part, freely available and the data science community is helpful and engaging.

Could you share one experience which has helped to define your career path?
Where I am now began in that class in primary school when I first learned about the human digestive system. So, my defining experience would be having a great teacher.

*Note from the editor: Some youngsters may need to look up what Ask Jeeves is!

Edited by Muriel Cozier. You can read more of her work here.