We use cookies to ensure that our site works correctly and provides you with the best experience. If you continue using our site without changing your browser settings, we'll assume that you agree to our use of cookies. Find out more about the cookies we use and how to manage them by reading our cookies policy.
Hide
Agrifood
■ ■
22 December 2021

Greenhouse gas emissions statistics can be misleading. At a recent SCI webinar on the Future of Agriculture, the Agrisciences Committee put its finger on some glaring gaps in the figures.

If all of the cows in the world came together to form a country, that nation state would be the second highest emitter of greenhouse gas emissions in the world.

McKinsey Sustainability’s statistic was certainly startling. However, Agrisciences Group Chair Jeraime Griffith mentioned other equally striking figures in his wrapup of the social media discussion generated at COP26.
In his talk as part of the Agrisciences Committee’s COP26 – What does it mean for the future of agriculture? webinar on 7 December, Griffith also noted that:

On the face of it, these figures are sobering; yet, like many agriculture-related figures, they don’t tell the full story.

Insane in the methane

Kathryn Knight felt that agriculture received negative press at COP26 in relation to greenhouse gas emissions. ‘It doesn't seem to take into account carbon sequestration (capturing and storing atmospheric carbon dioxide),’ said the Research & Technology Manager of Crop Care at Croda. ‘Why isn’t that being brought into the equation when we’re talking about carbon and agriculture?’
Martin Collison expanded on this point. He emphasised the need to separate carbon emissions by system – such as extensively grazed livestock animals and those fed on grain – and to account for systems that sequester carbon in the soil. The co-founder of agricultural consultancy Collison & Associates also pointed out the problem with bundling all our greenhouse gases as one. 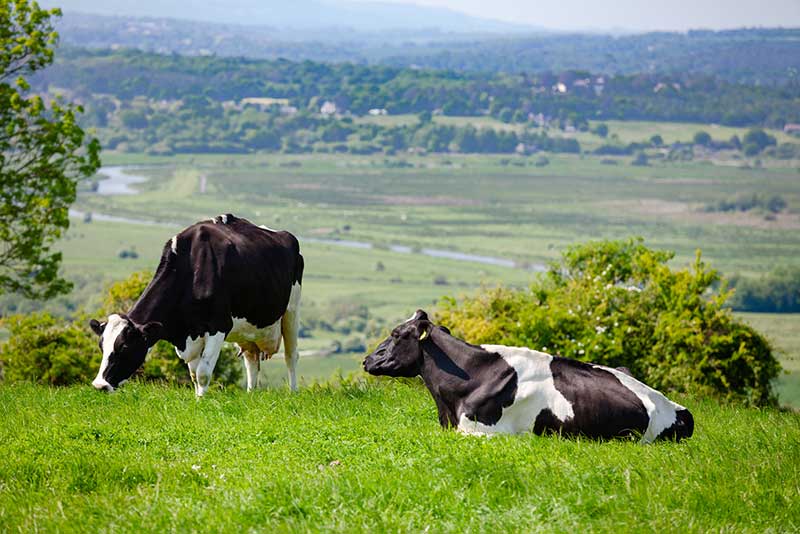 Greenhouse gas emissions are sometimes unhelpfully bundled together, instead of being separated by gas and agricultural system.

‘We count methane in the same way we emit carbon,’ he said. ‘When we emit carbon, it’s in the atmosphere for 1,000 years, but with methane it’s 12 years. The methane cycle is a lot, lot shorter.’

And the difficulties with the statistics don’t end there. For example, countries often announce impressive emission reductions without taking trade into account. This, of course, gives the figures a greener gloss.

‘To me, there's a need to be more up front with a lot of the data because agriculture and food are traded around the world,’ he added. ‘A lot of the emissions data ignore what we trade.

‘In the UK, we make big claims about how fast we’ve progressed with carbon emissions, but if you look at what we consume, the progress is much much slower. The things we produce less of, we import.’

>> SCI was at COP26 too! Read about the role of chemistry in creating a greener future.

Emissions trading also serves to blur the picture. For Jeraime Griffith it is an unsatisfactory solution. ‘In terms of carbon trading, we have cases where the higher emitters continue producing in the way they’ve always been producing,’ he said.

‘It doesn't bring in any restrictions on the amount of carbon they emit; it just shifts the problem somewhere else. I don't know how carbon trading benefits us getting to Net Zero. It just seems to be kicking the ball farther down the road.’

So, when you take into account 1. emissions trading, 2. the absence of food imports in data sets, 3. the bundling together of different greenhouse gases in emissions figures, and 4. the failure to take carbon sequestration into account, it’s clear that many of the statistics we receive are incomplete.

‘There’s lots of complexity behind the numbers and we tend to lump all of it together,’ Collison said. ‘There’s a need to go much much further.’

>> SCI’s Agrisciences Group is a unique multidisciplinary network covering the production, protection and utilisation of crops for food and non-food products. It has 250 members including academic and industry leaders, researchers, consultants, students, and retired members. If you’re interested in joining the group, go to: www.soci.org/interest-groups/agrisciences