We use cookies to ensure that our site works correctly and provides you with the best experience. If you continue using our site without changing your browser settings, we'll assume that you agree to our use of cookies. Find out more about the cookies we use and how to manage them by reading our cookies policy.
Hide
Energy
■ ■ ■
15 April 2021

Bit by bit, the green hydrogen revolution is coming to our shores. The news that a planning application has been filed for the UK’s largest electrolyser in Glasgow could be a boon for hydrogen evangelists, the local communities, and the political class.

The 20MW electrolyser will form part of the green hydrogen facility on the outskirts of Glasgow near Whitelee, the UK’s largest wind farm. The proposed project would produce up to 8 tonnes of green hydrogen each day – the equivalent of 550 return bus trips from Glasgow to Edinburgh.

If approved, the scheme would be delivered by ScottishPower, BOC, and ITM Power as part of the Green Hydrogen for Scotland Partnership. BOC would operate the facility using solar and wind power produced by Scottish Power and ITM Power would provide the all-important 20 MW electrolyser. Renewable energy would power the electrolyser, which would split the water into hydrogen and oxygen gas. The hydrogen produced by this process could then be used in various applications including transport.

Fundamentally, the people who will benefit most are the people of Glasgow, with the project aiming to provide carbon-free transport and clean air for people across the city area, while satisfying some industrial hydrogen demand. And we can all rest easy now that we know politicians will be pleased about it too, for the project coincides nicely with the United Nations 26th Climate Change Conference, which will be held in Glasgow later this year. 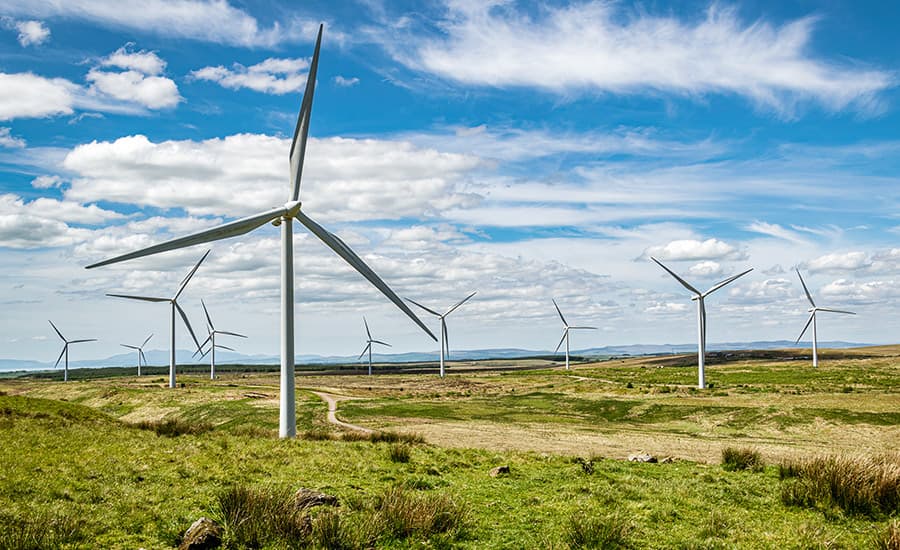 The new facility will be based beside a plentiful renewable energy source, Whiteless wind farm in Eaglesham Moor. | Editorial credit: Maritxu / Shutterstock.com

If all goes swimmingly, the facility will supply hydrogen for the commercial market by 2023. “Whitelee keeps breaking barriers, first the UK’s largest onshore wind farm, and soon to be home to the UK’s largest electrolyser,” says Barry Carruthers, ScottishPower’s Hydrogen Director. “The site has played a vital role in helping the UK to decarbonise and we look forward to delivering another vital form of zero carbon energy generation at the site to help Glasgow and Scotland achieve their net zero goals.”

This exciting news follows on the back of some bold green hydrogen claims made in a recent Bloomberg New Energy Foundation (NEF) report: the 1H 2021 Hydrogen Levelised Cost Update. According to Martin Tengler, BloombergNEF’s Lead Hydrogen Analyst, the report authors believe the cost of renewable hydrogen could fall 85% by 2050, 17% lower than they had previously predicted. This, he says, is due to falling renewables prices. 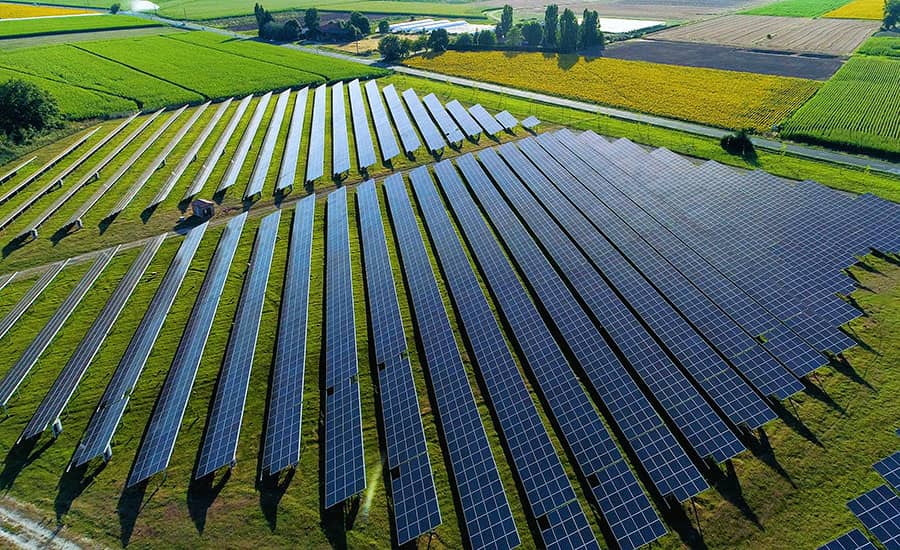 It is becoming cheaper all the time to produce solar and wind power, which is good news for those producing green hydrogen.

With the prices of solar and wind power constantly tumbling, it would be no surprise to see the authors of these reports revising their projections even further in the coming years. In the mean-time, we welcome the green shoots peeking through outside Glasgow.