We use cookies to ensure that our site works correctly and provides you with the best experience. If you continue using our site without changing your browser settings, we'll assume that you agree to our use of cookies. Find out more about the cookies we use and how to manage them by reading our cookies policy.
Hide
Sustainability & Environment
■ ■ ■
01 April 2021

The Cool Coalition feels the heat

When you live in a cold country, you think of hot days as a blessing. Air conditioning units are for those in far-away places – humid countries where the baked earth smell rises to meet you when you step off the plane.

But cooling comes at a cost. According to the UN Environment Programme, it accounts for 7% of global greenhouse gas emissions. Some of us are visual learners; so, the sheer cost of cooling really hit me when I stared up at an apartment building in Hong Kong with hundreds of air conditioning units perched above the windows like birds.

And it isn’t just the Hong Kongers feeling the heat. The cooling industry as a whole is under pressure to cut its greenhouse gas emissions. The International Energy Agency expects emissions from cooling to double by 2030 due to heat waves, population growth, urbanisation, and the growing middle class. By 2050, it forecasts that space cooling will consume as much electricity as China and India do today. 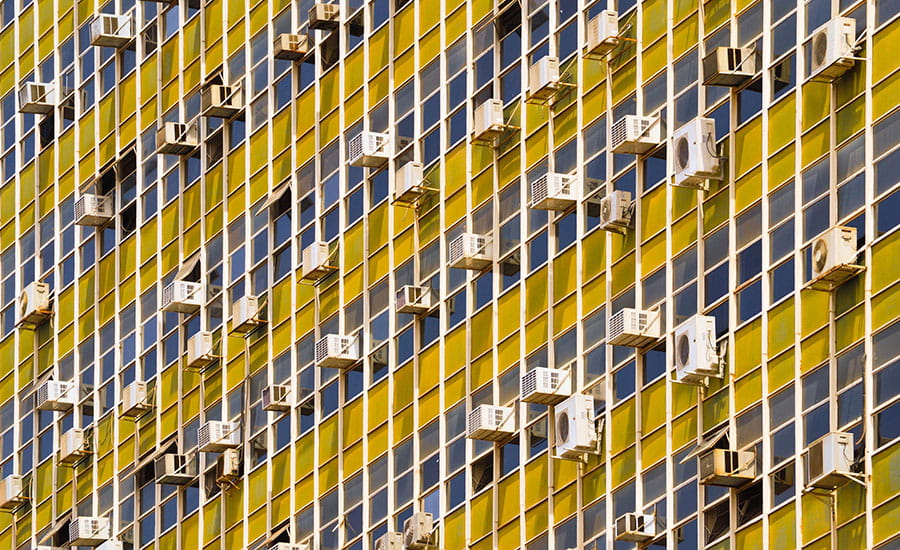 All of this was captured by the Cooling Suppliers: Who's Winning the Race to Net Zero report released by the Race to Zero campaign, the Kigali Cooling Efficiency Program (K-CEP), Carbon Trust and other partners in the UN Environment Programme-hosted Cool Coalition.

This report's authors found that only five of the 54 cooling companies they assessed have committed to net-zero targets. The document outlines three areas that must be addressed on the Cooling Climate Pathway: super-efficient appliances, ultra-low global warming refrigerants, and the widespread adoption of passive cooling measures such as clever home design and urban planning.

So, while builders adjust window sizes, introduce trees for shading, and choose materials (such as terracotta cooling systems) thoughtfully to temper the sun’s gaze, others are availing of different methods. 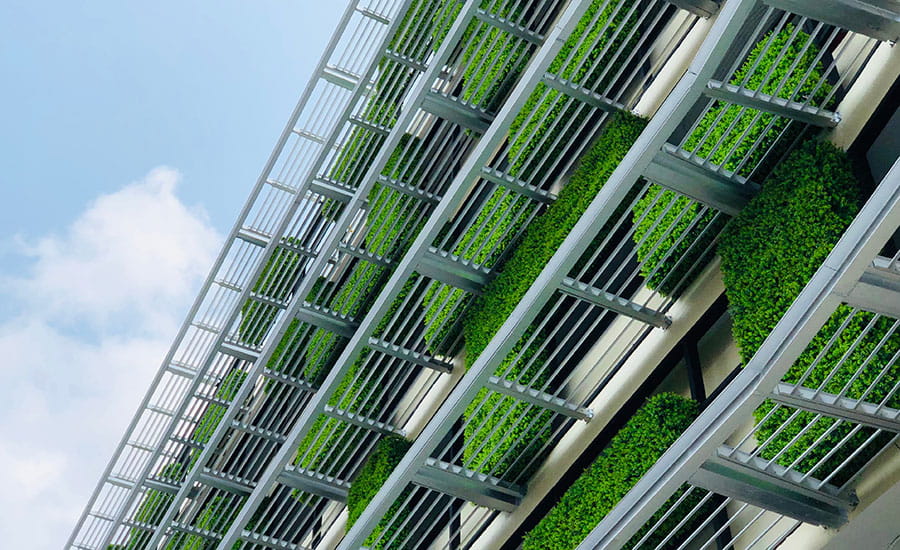 Green walls are one of many passive cooling approaches used to reduce our reliance on mechanical systems.

However, it’s clear that the softly-softly approach won’t suffice. The EIA has called on governments to do more to encourage organisations to adopt sustainable cooling, to make concrete policy commitments, and speed-up the phase-out of climate-warming refrigerants such as hydrofluorocarbons.

“The development and expansion of net-zero cooling is a critical part of our Race to Zero emissions,” said Nigel Topping, UK High Level Champion for COP26. “In addition to technological breakthroughs and ambitious legislation, we also need sustainable consumer purchasing to help deliver wholesale systems change.”

We all love the technological panacea – innovations that will cure all the climate ills we have inflicted on the world. But the solution will also involve stodgy government regulations and changing consumer habits, and a reliance on the continued fall in renewable power generation.

For those in traditionally cooler climes, it’s no longer someone else’s problem. It was a balmy 22°C in London this week and we’re not even in April yet. So, it’s certainly time to turn up the heat on the cooling industry.