We use cookies to ensure that our site works correctly and provides you with the best experience. If you continue using our site without changing your browser settings, we'll assume that you agree to our use of cookies. Find out more about the cookies we use and how to manage them by reading our cookies policy.
Hide
Careers
■ ■ ■
20 October 2022

Imagine owning a small wind turbine that generates all of your home’s energy needs. As the clock counts down on entries for for the 2023 Bright SCIdea Challenge, we caught up with Team Eolic Wall, the Audience Winner for the 2022 competition.

Eolic Wall was always a nice fit for Bright SCIdea. The team spotted a problem in our renewable energy mix and came up with a scientific business idea to solve it. They saw that wind energy is generated for the public, but it isn’t generated by the public. This stands in bright contrast to solar power generation.

‘Today, 40% of all installed capacity in solar energy is based on solar panels installed on the rooftops of home and corporate buildings,’ said Alfredo Calle, founder of Eolic Wall. ‘The remaining 60% correspond to solar farms.’ 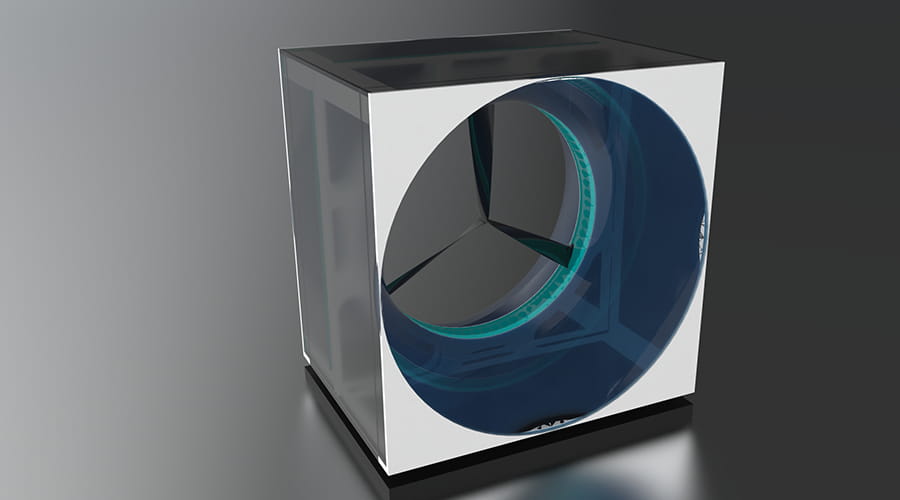 Calle believes this disparity hampers the move from fossil fuel dependency to clean, renewable energy. For many, micro-generation is key. We need to put power – renewable power – in the hands of the people. His idea is to make wind energy available in the home, just as solar exists on roofs everywhere.

The scale of this task is daunting. It turns out there’s a reason why we don’t all have wind turbines bolted onto our homes. The problem, Calle argues, is that a windmill must be large to be efficient.

He believes the Eolic Wall could change that – that this wall-mounted wind turbine is efficient enough to power our homes and offices.

‘We have created a technology that not only doubles wind speed to harvest more power from the same wind resources, but also has a wind turbine that works with magnetic levitation to almost eliminate any friction.’

From applicant to finalist

So, how did a team based out of the National University of Engineering in Peru and Universidade Estadual Paulista in Brazil end up competing for the £5,000 first prize in the Bright SCIdea final?

Chance. Fortune. Happenstance. Calle and his colleagues came upon Bright SCIdea through a social media post that immediately captured their attention. 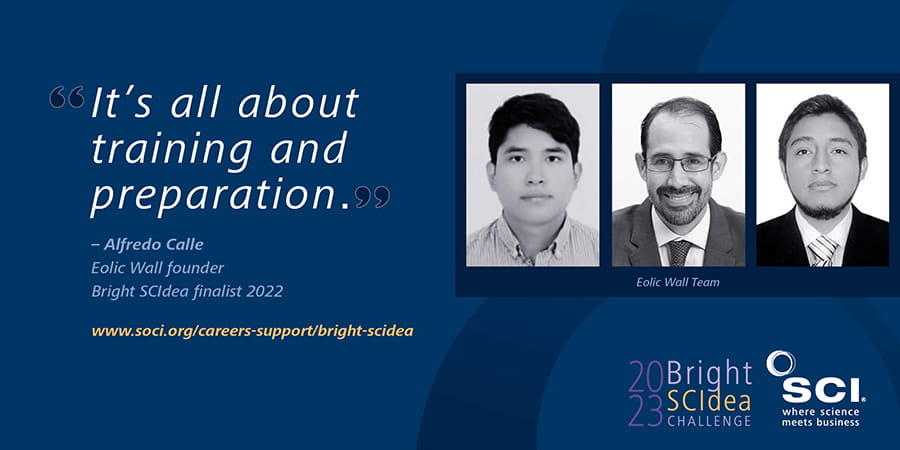 ‘We thought that the Eolic Wall was ideal for Bright SCIdea because of the huge positive impact that this technology could have,’ he said, ‘and also because it perfectly fit into Bright SCIdea’s thesis of supporting ideas in the intersection of business, innovation and science.’

Applying was simple, although the business plan submission was intimidating at first. However, like all BrightSCIdea applicants they received coaching, and their brainchild found form.

‘The key driver to overcome that challenge was not to miss any training sessions and tutorials,’ Calle said. ‘The good news is that after going through the whole process you feel that everything was worthwhile. No pain, no gain.’