We use cookies to ensure that our site works correctly and provides you with the best experience. If you continue using our site without changing your browser settings, we'll assume that you agree to our use of cookies. Find out more about the cookies we use and how to manage them by reading our cookies policy.
Hide
Sustainability & Environment
■ ■
08 February 2022

Machine-made snow has made this Winter Olympics happen in Beijing, but at what cost?

If you take a look at the weather in Beijing right now, you’ll notice that it isn’t really that cold. You can enjoy daily highs of about 8°C in early February, which we’d be happy enough here in London.

These mild conditions have been a problem for the organisers of the Winter Olympics, which are currently taking place in Beijing and environs. Indeed, the distinct dearth of snow has meant that the Beijing Games have become the first to be run largely on artificial snow. 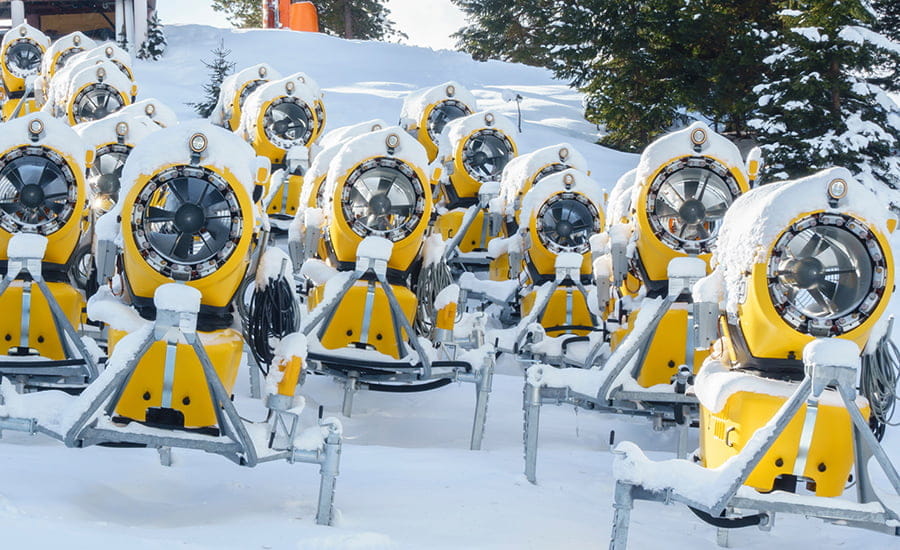 Snowmaking machines spray artificial snow on a ski slope during the FIS Ski Cross World Cup, a test event for the 2022 Winter Olympics

For some, the presence of 130 fan-driven snow generators and 300 snow-making guns spewing out machine-made snow represents a waste of resources, even if these machines are powered entirely by renewable energy.

In all, 49 million gallons of water will reportedly be used to make the Games possible. So, to say they are water-intensive is something of an understatement. However, the issues don’t end there. There is also an issue with the type of snow produced.

>> What can you do about climate change? Register for this free talk to find out more. 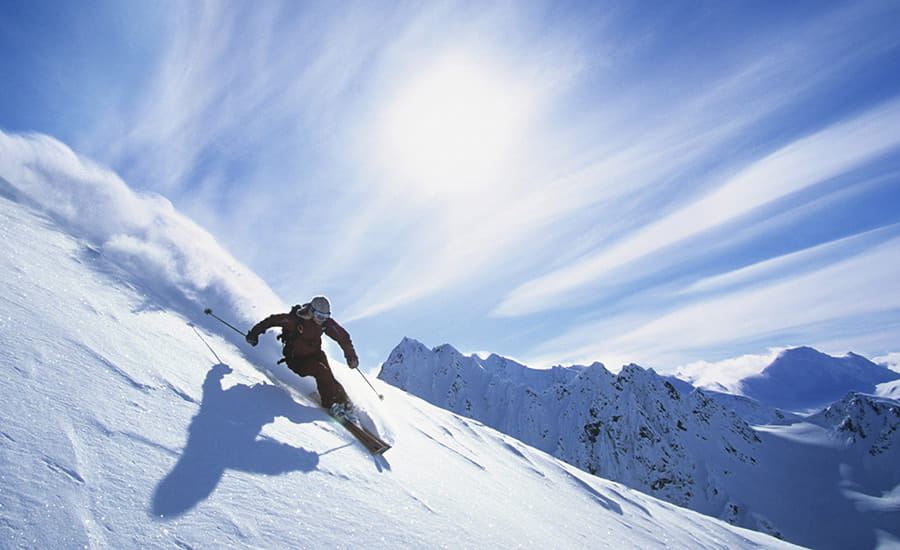 According to the recent Slippery Slopes report written by the Sport Ecology Group (in conjunction with Loughborough University UK and Protect Our Winters UK), the composition of artificial snow can create dangerous conditions for the athletes. Basically, it creates a faster, harder surface that could result in more severe injuries.

The reason given for this is that artificial snow is almost 30% ice and 70% air, compared to natural snow, which is closer to 10% ice and 90% air. This ‘grittier ice-pack’ creates tougher conditions for athletes, many of whom travel at great speeds down steep slopes.

In the same report, former Winter Olympian Laura Donaldson explains why these machines create suboptimal snow. ‘The artificial snowflakes they generate have cylindrical structures (unlike the far more intricate structure of natural flakes),’ she said, ‘which mould together to form bulletproof ice conditions.’

Furthermore, this less permeable layer of ice may hinder the growth of vegetation, and the noise of the machines disrupts wildlife. In some resorts, chemicals are also added to create longer lasting snow.

At Beijing, the organisers claim not to have used chemicals in the snow-making process. However, others rely on machines and chemical-kind for a helping hand. According to the Sport Ecology Group report, a pesticide was used at the 2010 Games in Vancouver to allow the water to freeze at higher temperatures; and snow hardeners such as salt and fertiliser have been used to improve snow quality on cross-country skiing trails.

If hosting the Winter Olympics in an area without much snow seems crazy to you, it might not be quite as daft as you think. The bleak reality is that global warming is reducing the number of venues that can host this enormous event without artificial help.

According to an academic paper by Scott et. al. in 2014, only six of the last 19 Winter Olympics host cities will still have the climatic conditions to do so by the 2080s. Of course, that doesn’t take artificial snow into account.

So, when you see Qatar being awarded the 2050 Winter Games, don’t tell me you haven’t been warned.