We use cookies to ensure that our site works correctly and provides you with the best experience. If you continue using our site without changing your browser settings, we'll assume that you agree to our use of cookies. Find out more about the cookies we use and how to manage them by reading our cookies policy.
Hide
Science & Innovation
■ ■ ■
05 August 2022

Birmingham brilliance – a tribute to its chemists

The Commonwealth Games has landed in Birmingham. Before the Games began, viewers were treated to an extraordinary opening ceremony (featuring a giant mechanical bull) and its artistic director, Iqbal Khan, was lauded for his ingenuity.

But such ingenuity shouldn’t surprise any of us, for Birmingham has long been a place of outsized invention. For more than 300 years, the inhabitants of this industrial powerhouse have churned out invention after invention; and its great pragmatists have turned patents into products.

Chemistry, too, owes a debt to the UK’s second city. Whether it’s the first synthesis of vitamin C, the invention of human-made plastic, adventures in mass spectrometry, or electroplated gold and silver trinkets, Birmingham has left a lasting legacy.

Here are five chemists whose innovations may have made an appearance in your life. 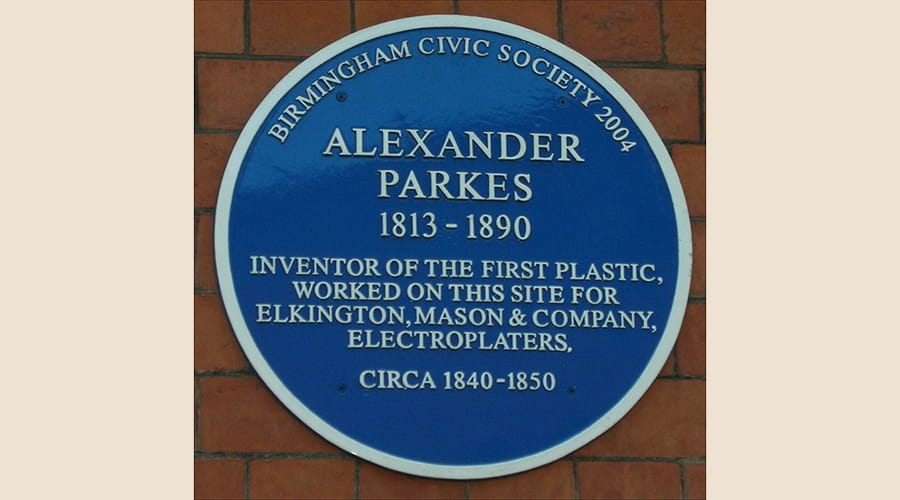 Look around you. Look at the computer screen, the mouse button you click, and the wire casings everywhere. Someone started it all. That man was Alexander Parkes, inventor of the first human-made plastic.

The son of a brass lock manufacturer from Suffolk Street, Birmingham, Parkes created 66 patents in his lifetime including a process for electroplating delicate works of art. However, none were as influential as the 1856 patent for Parkesine – the world’s first thermoplastic.

Parkes’ celluloid was based on nitrocellulose that had been treated by different solvents. In 1866, he set up the Parkesine Company at Hackney Wick, London, but it floundered due to high cost and quality issues. The spoils of his genius would be enjoyed by the rest of us instead. 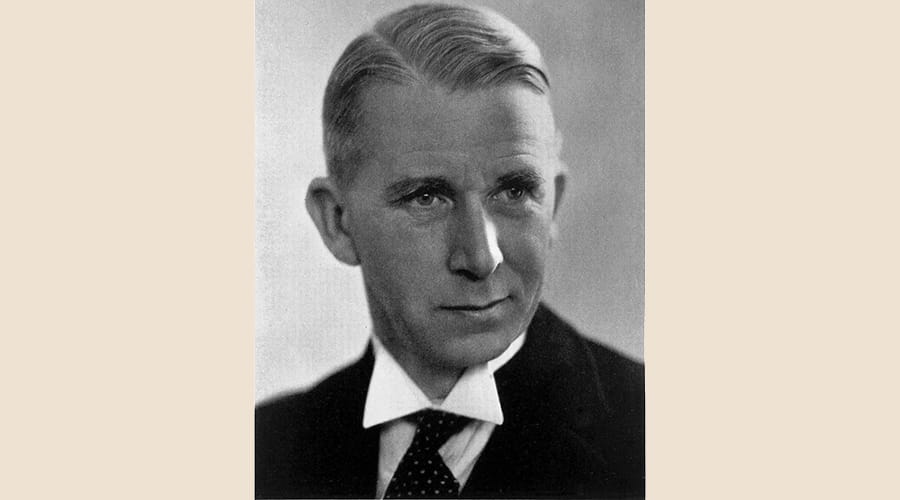 Sir Norman Haworth may have been born in Chorley, Lancashire, but his finest work arguably came after he became Director of the Department of Chemistry in the University of Birmingham in 1925. Haworth is famous for his groundbreaking carbohydrate investigations and for being the first to synthesise vitamin C.

By 1928, Haworth had confirmed the structures of maltose, cellobiose, lactose, and the glucoside ring structure of normal sugars, among other structures. Apparently, his method for determining the chain length in methylated polysaccharides also helped confirm the basic features of starch, cellulose, and glycogen molecules.

However, Haworth is most famous for determining the structure of vitamin C and for becoming the first to synthesise it in 1932. The synthesis of what he called ascorbic acid made the commercial production of vitamin C far cheaper – the benefits of which have been felt by millions of us.

For his achievements in carbohydrates and vitamin C, Haworth received the Nobel Prize for Chemistry in 1937 (shared with Paul Karrer). He was the first British organic chemist from the UK to receive this honour. Haworth even had a link to SCI, having been a pupil of William Henry Perkin Junior in the University of Manchester’s Chemistry Department. 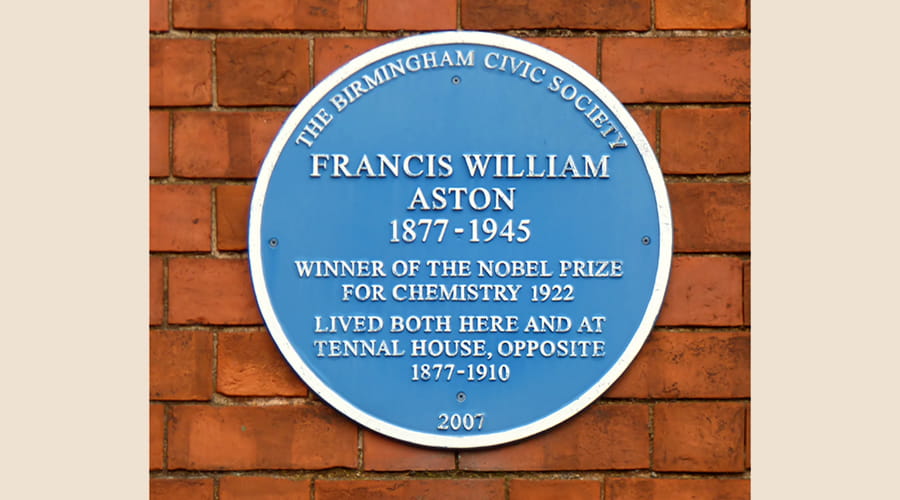 Another Nobel Prize-winning chemist from Birmingham is Francis William Aston. The Harborne native won the 1922 prize for discovering isotopes in many non-radioactive elements (using his mass spectrograph) and for enunciating the whole number rule.

For a time, academia almost lost Aston, as he spent three years working as a chemist for a brewery. Thankfully, he returned to academic life and obtained concrete evidence for the existence of two isotopes of the inert gas neon before the first World War.

After working for the Royal Aircraft Establishment during the Great War (1914-18), he resumed his studies. The invention of the mass spectrograph proved pivotal to his discoveries thereafter. Using this apparatus, he identified 212 naturally occurring isotopes.

George Elkington and John Wright – all that glitters 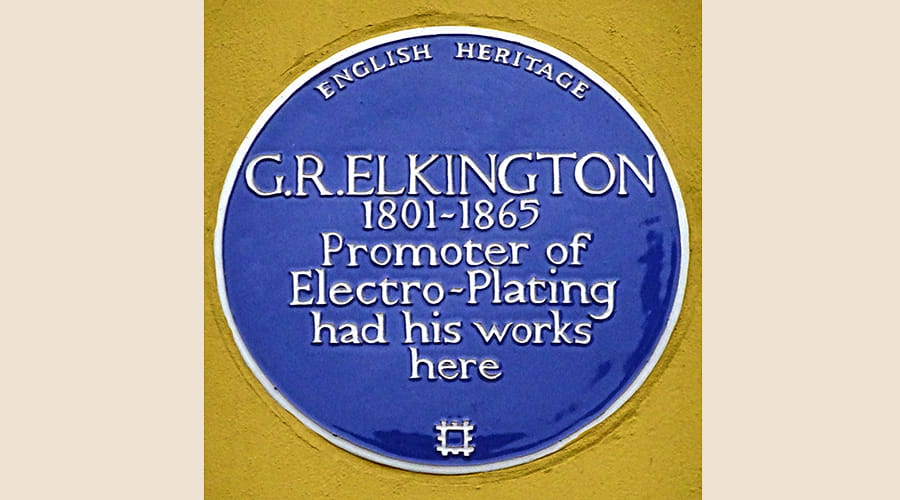 It isn’t surprising that George Elkington should become an SCI favourite, as he blended both scientific ingenuity with business. The son of a spectacle manufacturer patented the first commercial electroplating process invented by Brummie surgeon John Wright in 1840.

Wright discovered that a solution of silver in potassium cyanide was useful for electroplating metals. Elkington and his cousin Henry purchased and patented Wright’s process before using it to improve gold and silver plating.

The Elkingtons opened an electroplating works in the city’s now famous Jewellery Quarter where they electroplated cutlery and jewellery. And they didn’t do too badly out of it. By 1880, the company employed 1,000 people in seven factories. 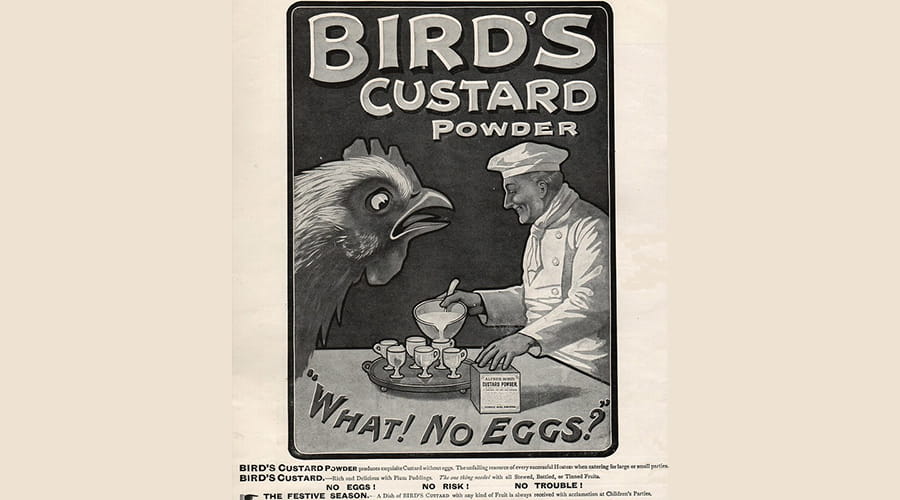 In 1837, Alfred Bird was in a pickle. He wanted to serve his dinner party guests custard, but his wife was allergic to eggs and yeast, and egg was the main thickening agent of this delicious gloop.

Instead of serving something else, the chemist shop owner invented his own egg-free custard by substituting cornflour for eggs. His guests found it delicious and Bird’s Custard was born.

Not content with this innovation, Bird is also credited with being the father of modern baking powder. Once again, his wife’s allergies were said to be the inspiration, as he wanted to create a yeast-free bread for her. In bread and custard, true love always finds a way.