We use cookies to ensure that our site works correctly and provides you with the best experience. If you continue using our site without changing your browser settings, we'll assume that you agree to our use of cookies. Find out more about the cookies we use and how to manage them by reading our cookies policy.
Hide
Health & Wellbeing
■
19 August 2022

Optimum posture for popping pills revealed… and a pop at Poppins

What is the best posture to adopt when taking a pill, and why does it help your body to absorb the medicine quicker?

Was Mary Poppins wrong? A spoonful of sugar may help the medicine go down, but does it do so in the most delightful way? Not according to Johns Hopkins University researchers in the US.

They say the body posture you adopt when taking a pill affects how quickly your body absorbs the medicine by up to an hour. It’s all down to the positioning of the stomach relative to where the pill enters it.

The team identified this after creating StomachSim – a model that simulates drug dissolution mechanics in the stomach. The model works by blending physics and biomechanics to mimic what’s going on when our stomachs digest medicine and food.

Standing up, on your back, or by your side? 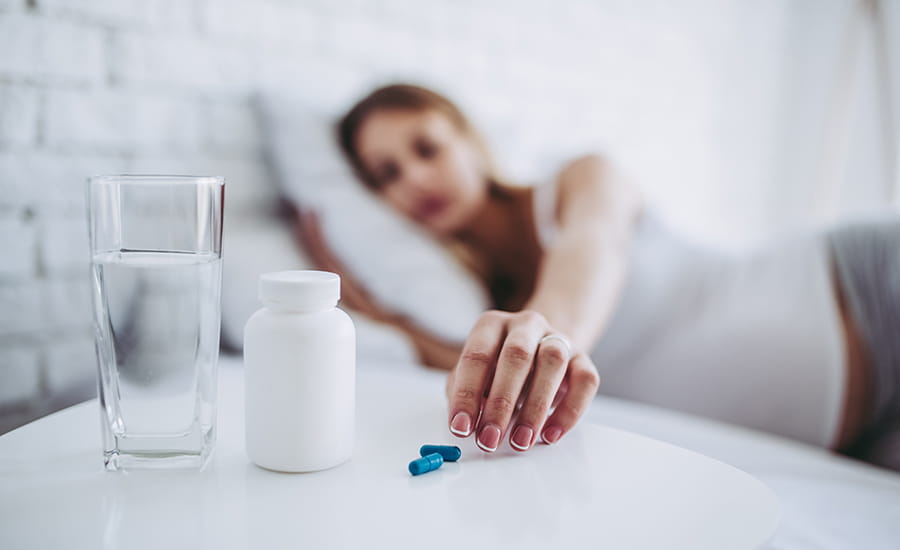 >> What’s next in wearables? We looked at a few Bright SCIdeas.

According to the researchers, if you take a pill while lying on your left side, it could take more than 100 minutes for the medicine to dissolve. Lying on your back is next in third, the narrowest of whiskers behind swallowing a pill standing up. This time-honoured method takes about 23 minutes to take effect.

However, by far the most effective method (and, therefore, the most delightful way) is lying on your right side, with dissolution taking a mere 10 minutes. The reason is that it sends pills into the deepest part of the stomach, making it 2.3 times faster to dissolve than the upright posture you’re probably taking to swallow your multi-vits. 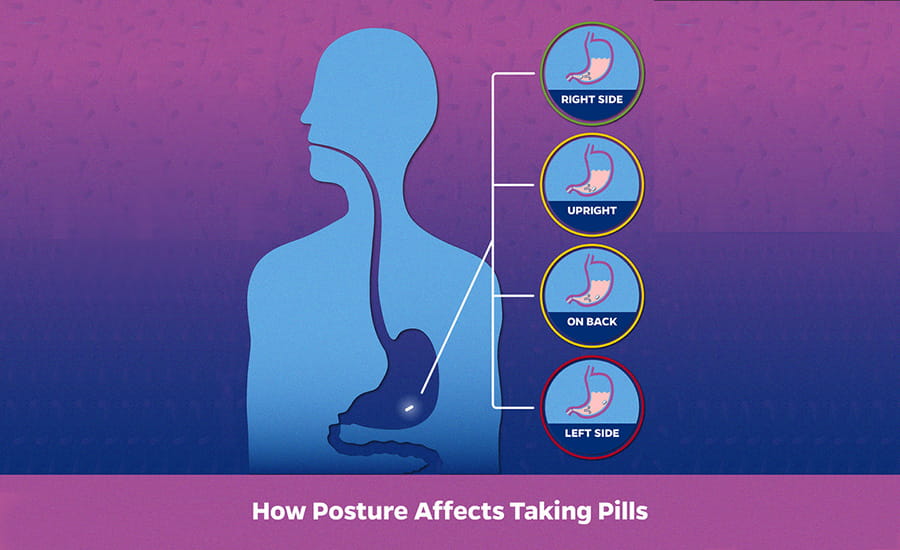 ‘We were very surprised that posture had such an immense effect on the dissolution rate of a pill,’ said senior author Rajat Mittal, a Johns Hopkins engineer. ‘I never thought about whether I was doing it right or wrong but now I’ll definitely think about it every time I take a pill.’

Next week, we will investigate more of the medical approaches espoused by much-loved fictional characters, starting with George’s Marvellous Medicine, before moving onto the witches in Macbeth. No one is safe.

In the meantime, you can read the researchers’ work in Physics of Fluids.