We use cookies to ensure that our site works correctly and provides you with the best experience. If you continue using our site without changing your browser settings, we'll assume that you agree to our use of cookies. Find out more about the cookies we use and how to manage them by reading our cookies policy.
Hide
Careers
■ ■
23 August 2022

In her winning essay in SCI Scotland’s Postgraduate Researcher competition, Rebecca Stevens, Industrial PhD student with GSK and the University of Strathclyde, talks about the potential of PROTACS.

This year, four students produced outstanding essays in which they describe their research projects and the need for them. In the third of this year’s winning essays, Rebecca Stevens discusses her work in developing a multistep synthetic platform for Proteolysis Targeting Chimeras (PROTAC) synthesis and the potential of PROTACS in general. 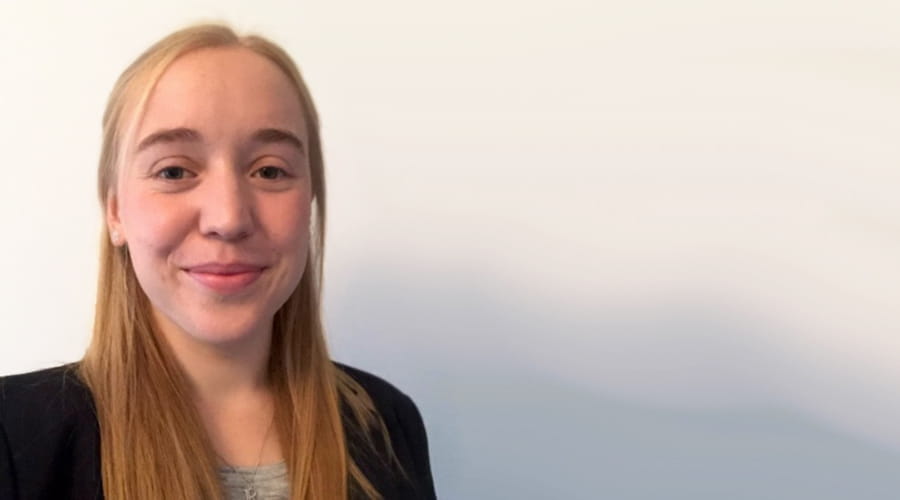 PROTACs are a rapidly evolving new drug modality that is currently sparking great excitement within the pharmaceutical and biotechnology industries.

Despite the first PROTAC only being reported in 2001, 12 of these potential drugs have already entered phase I/II clinical trials. In fact, a handful of new biotechnology companies have launched in the last two decades with a primary focus on these molecules. So, what’s so special about them?

Traditional drug discovery relies on optimising small-molecules to inhibit the action of a protein target and subsequently elicit a downstream effect on cellular function. However, many proteins are not tractable to this approach due to their lack of defined binding sites. This is where PROTACs offer a unique opportunity to target traditionally ‘undruggable’ parts of the proteome; instead of inhibiting the protein, PROTACs simply remove it altogether.

PROTACs are heterobifunctional molecules made up of two small-molecule binders attached together via a covalent linker; one end binds to the protein of interest and the other to an E3 ubiquitin ligase. 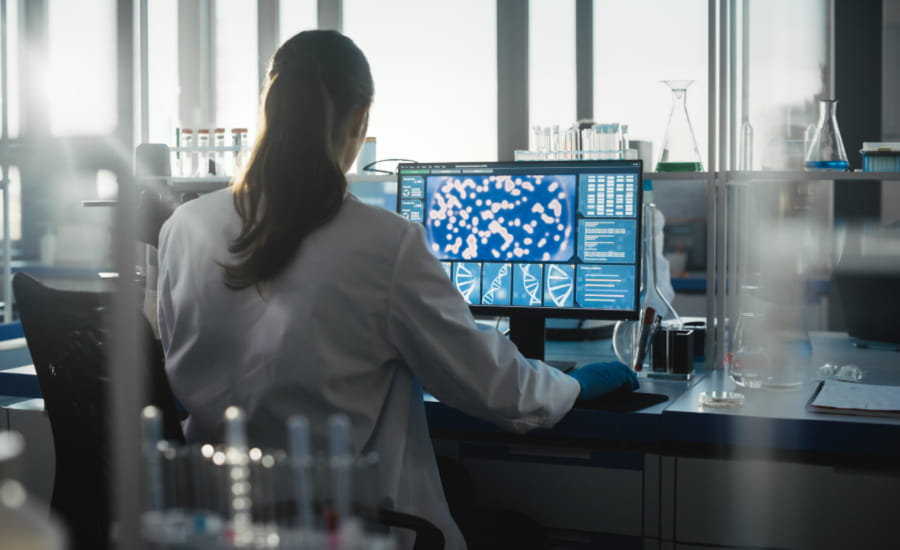 Rebecca is working on a multistep platform for PROTAC synthesis.

This different mechanism of action offers some revolutionary advantages over small-molecule drugs. Alongside potentially accessing ‘undruggable’ targets, PROTACs can overcome resistance mechanisms from which other drugs suffer, as well as acting in a catalytic manner, ultimately requiring less compound for therapeutic effects and maximising profits.

While great in theory, the reality is that with two small-molecule binders and a linker, PROTACs are typically double the size and complexity of normal drugs, so their synthesis is far from simple.

Classic drug discovery programmes often make many bespoke analogues alongside their use of library synthesis, using a design-make test cycle to optimise hits and find a lead molecule. With PROTACs, linear synthetic routes are much longer for bespoke compounds, underlining an even greater need for new PROTAC parallel synthesis platforms.

Additionally, the design of PROTACs is more challenging as there are three separate parts of the structure to optimise, and small changes can have a large impact on their biological activity. As such, very simple chemistry is used to connect the three parts of the molecule, resulting in limited chemical space for exploration, causing potentially interesting bioactive compounds to be missed.

A platform for PROTAC synthesis

Starting from already complex intermediates in the synthetic route, methods for late-stage functionalisation are under development to complete the final synthetic steps. By making elaborate changes at a late stage, a variety of structurally diverse PROTACs can be synthesised from a single building block, offering an economical and sustainable approach to optimisation for the industries involved.

Furthermore, the purification step prior to testing will be eliminated, with crude reaction mixtures taken into cells in an emerging ‘direct-to-biology high-throughput-chemistry’ approach. This removes a key bottleneck associated with hit identification and lead optimisation, delivering biological results in very short turnaround times.

The synthetic methods developed in the project will offer new capabilities for efficient and sustainable synthesis of PROTACs and other related modalities. Increasing the pace of data generation could accelerate the exploration of structure-activity relationships and deployment in large parallel arrays could provide a significant quantity of data to inform new machine learning models.

Written by Rebecca Stevens | Edited by Eoin Redahan You can find more of their work here.