SCI was pleased to support #BlackInChem, working alongside our Corporate Partners and members to amplify the voices of our Black chemists.

We have heard stories from several Black chemists who highlighted the steps being taken by many companies to increase diversity. But we can also see that there are many more steps that can be taken to encourage the next generation of budding Black chemists and scientists.

#BlackInChem has had support from Scott Bader, an SCI Corporate Partner, with both Damilola Adebayo and Luyanda Mbongwa sharing their perspectives as employees of Scott Bader. Elsewhere, Cláudio Laurenço gave a compelling account of his journey to become a post-doctoral research associate at a leading consumer goods company. 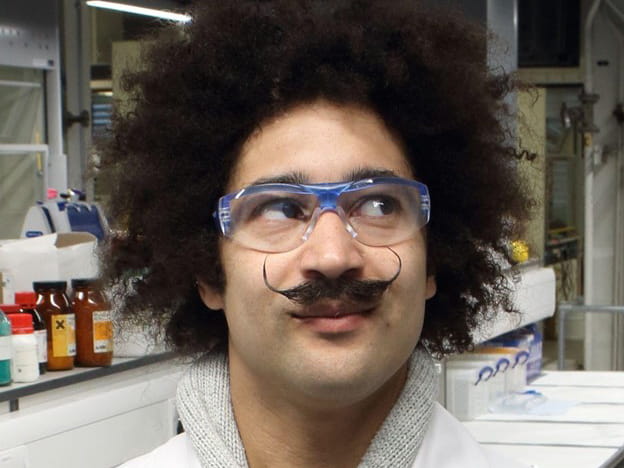 Cláudio Laurenço worked for free and was overlooked before eventually securing his PhD and starting his career in chemistry.

These chemists are following in the footsteps of some pioneering Black scientists such as Percy Lavone Julian, who has been profiled on the SCI Blog.

Many organisations have expressed their support and shared thoughts on what steps they are taking to encourage and ensure diversity. Indeed, #BlackInChem is a global effort and companies such as GSK have shown their support as well as numerous Black chemists talking about their experiences and achievements over the last week. 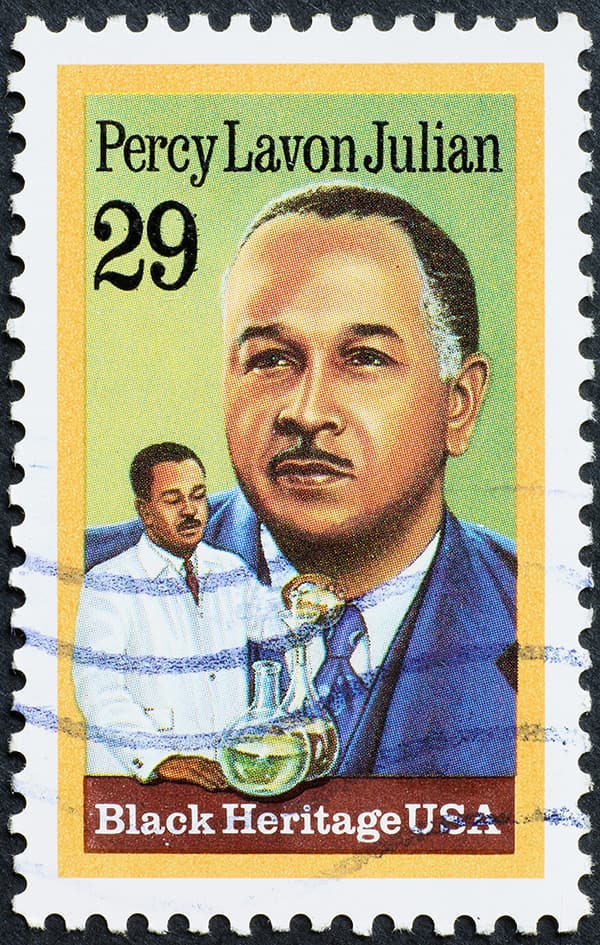 Over the coming months, we will be profiling other Black chemists, past and present, and continuing the dialogue around diversity.

For Cláudio Lourenço, the path from student to multidisciplinary scientist has been far from smooth. The Postdoctoral Research Associate reflects on the institutional challenges that almost made him give up, the mentor whose support was so important, and the barriers that block the way for young Black chemists.

Please give a brief outline of your role.
I work for a leading consumer goods company. I am a multi-disciplinary scientist contributing to the development of novel formulations for household products.

Why are you supporting #BlackInChem?
I’m supporting #BlackInChem because I am a champion for diversity. I believe that what we see from our windows in the street is what we must have inside our workplaces. In an ideal world we should all have the same opportunities, but unfortunately this is somehow far from the truth. We need to motivate our young Black chemists to aim for a career in science by providing welcoming environments and real opportunities instead of just ticking boxes. We need to showcase our Black chemists to show to the younger generation that they can also be one of us.

What was it that led you to study chemistry and ultimately develop a career in this field? Was this your first choice?
I have always been passionate about research and science. My father had a pharmacy, so I was always close to chemistry and was a very curious child. Yes, it was my first choice but the lack of opportunities and trust from universities and scholarship providers made it a long run. My motivation faded and I nearly gave up.

Was there any one person or group of people who had a specific impact on your decision to pursue your career path?
Yes, but after my degree I nearly gave up. It took me nearly two years and changing cities to find something (a voluntary position). I was always keen on taking up mentors to show me how to progress in my career. There were a few people who helped me by training me and teaching me how to navigate the scientific world and pursue a career in science.

I only got my first job (which I worked for free) because of Peter Stambrook, an American scholar from the University of Cincinnati, who I met through a friend while polishing glasses in a restaurant. This man was open and keen to put a word in for me at a leading university in the UK. He taught me so much on how to be a scientist and humbly grow up and make a career in science. Eventually, all his advice kept me on the right path.

What impact would you like to see #BlackInChem have over the coming year?
More Black students in postgraduate courses and an increase in role models to motivate the younger generations to pursue careers in chemistry.

Could you outline the route that you took to get to where you are now, and how you were supported?
Personally, my career path was far from easy. I only managed to get my PhD at 38 years of age. I needed to first prove myself. Despite all my efforts and dozens of applications, I was never considered a good candidate. I needed to work for free for two years to land a proper job in my field of choice. During that time I took on many odd jobs to support myself. I worked for a top 10 university for free and they never saw my worth or gave me an opportunity. With that experience I landed a proper job at a leading pharmaceutical company. After one year with them, they funded my PhD studies and now here I am with a career in science.

Considering your own career route, what message do you have for people who would like to follow in your footsteps?
Never ever give up - it is possible. Look for the right mentors and be humble. You do not need to reinvent the wheel, but only to find someone who can lend you theirs. Learn to grow from the experiences of others and be ready to fail a couple of times - we all do. Be open to learn and never be afraid of following your dreams.

>> At SCI, we’re proud to support #BlackinChem. Reach out to us with your stories.

What do you think are the specific barriers that might be preventing young black people from pursuing chemistry/science?
I think one of the biggest barriers that prevent people from pursuing careers in science is the lack of role models. If we only show advertisements for chemistry degrees with White people, it’s not encouraging for Black students to pursue a career there. The same goes for when we visit universities; role models are needed. No one wants to be the only Black person in the department. Universities need to embrace diversity at all levels. I understand that tradition sometimes prevents this, but we need to change and ignore tradition for a bit.

What steps do you think can be taken by academia and businesses to increase the number of Black people studying and pursuing chemistry/science as a career?

Showcase Black chemists and inventors to motivate the younger generations and show society that Black people are not only artists and musicians. Target extracurricular activities in schools where children are from disadvantaged backgrounds. Train your staff to be open. Create cultural events that not only target Black people but also for other people to learn and see that in the end we are all equal. We all need to learn to embrace our differences and grow together.

>> As we celebrate #BlackinChem, we mark the achievements of some inspirational chemists. Read more about the amazing career of Percy Lavon Julian.

This week SCI is joining with business and academia to mark #BlackInChem, an initiative to advance and promote a new generation of Black chemists.

Over the coming weeks, we shall be profiling past and present Black chemists, many of whom are unsung heroes, and whose work established the foundations on which some of our modern science is built. We start with the outstanding contribution made by Percy Lavon Julian (1899-1975).

Born on 11 April 1899 in Montgomery, Alabama, US, Percy L Julian was the son of a clerk at the United State Post Office and a teacher. He did well at school, and even though there were no public high schools for African Americans in Montgomery, he was accepted at DePauw University, Indiana, in 1916.

Due to segregation Julian had to live off campus, even struggling initially to find somewhere that would serve him food. As well as completing his studies, he worked to pay his college expenses. Excelling in his studies, he graduated with a BA in 1920.

Julian wanted to study chemistry, but with little encouragement to continue his education, based on the fact there were few job opportunities, he found a position as a chemistry instructor at Fisk University, Nashville, Tennessee.

In 1922 Julian won an Austin Fellowship to Harvard University and received his MA in 1923. With no job offers forthcoming, he served on the staff of predominantly Black colleges, first at West Virginia State College and in 1928 as head of the department of chemistry at Howard University.

In 1929 Julian received a Rockefeller Foundation grant and the chance to earn his doctorate in chemistry. He studied natural products chemistry with Ernst Späth, an Austrian chemist, at the University of Vienna and received his PhD in 1931. He returned to Howard University, but it is said that internal politics forced him to leave. 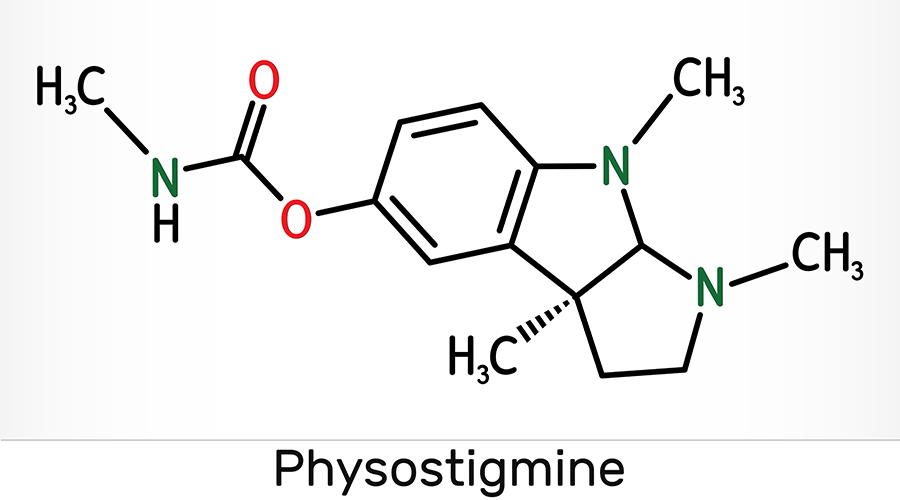 Physostigmine was synthesised by Julian

Julian returned to DePauw University as a research fellow during 1933. Collaborating with fellow chemist and friend Josef Pikl, he completed research, in 1935, that resulted in the synthesis of physostigmine. His work was published in the Journal of the American Chemical Society.

Physostigmine, an alkaloid, was only available from its natural source, the Calabar bean, the seed of a leguminous plant native to tropical Africa. Julian’s research and synthesis process made the chemical readily available for the treatment of glaucoma. It is said that this development was the most significant chemical research publication to come from DePauw. 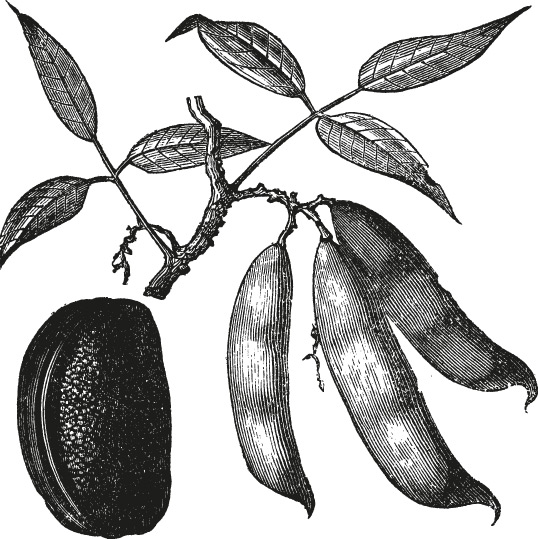 Once the grant funding had expired, and despite efforts of those who championed his work, the Board of Trustees at DePauw would not allow Julian to be promoted to teaching staff. He left to pursue a distinguished career in industry. It is said that he was denied one particular position as a town law forbid ‘housing of a Negro overnight.’ Other companies are also said to have rejected him because of his race.

However, in 1936 he was offered a position as director of research for soya products at Glidden in Chicago. Over the next 18 years, the results of his soybean protein research produced numerous patents and successful products for Glidden. These included a paper coating and a fire-retardant foam used widely in World War II to extinguish gasoline fires. Julian’s biomedical research made it possible to produce large quantities of synthetic progesterone and hydrocortisone at low cost.

By 1953 Julian Laboratories had been established, an enterprise that he went on to sell for more than $2 million in 1961. He then established the Julian Research Institute, a non-profit research organisation. In 1967 he was appointed to the DePauw University Board of Trustees, and in 1973 he was elected to the National Academy of Sciences, the second African American to receive the honour.

He was also widely recognised as a steadfast advocate of human rights. Julian continued his private research studies and served as a consultant to major pharmaceutical companies until his death on 19 April 1975. Percy Lavon Julian is commemorated at DePauw University with the Percy L Julian Science and Mathematics Center named in his honour. During 1993 the United States Postal Service commemorated Julian on a stamp in recognition of his extraordinary contribution to science and society.