The Spectroscopy Society of Pittsburgh (SSP) in the US and the Pittcon Organising Committee have announced that Jane Chan will be the president for the analytical chemistry conference, Pittcon 2020 to be held in Chicago, Illinois. Chan has recently retired from Bettis Atomic Power Laboratory, where she spent her career investigating the material performance in nuclear reactors under high pressure and high temperatures.

The recipient of the 2017 Glycerine Innovation Award is Christophe Len, professor at the Université de Technologie Compiègne (UTC) France for his research on converting crude glycerine into more value-added products. The annual award is sponsored by the American Cleaning Institute (ACI) and the National Biodiesel Board. Len is also honorary professor at the University of Hull, UK. 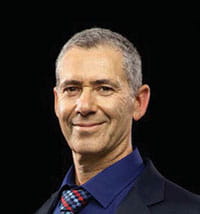 The CBA has elected Mottie Kessler MBE, chairman and CEO of the 2M Group, as its new chairman for a two-year term. Kessler founded the 2M Group 12 years ago and, since that time, it has evolved into a portfolio of chemical distribution and service companies with an international footprint in over 90 countries. The CBA also elected Darren Budd, of BTC, the UK distribution business of BASF, as its new VC.

Ergomed, a specialist provider of drug development services to the pharmaceutical industry, has announced that Neil Clark will be leaving the company and stepping down as a director to become CEO of Destiny Pharma, a company focused on the discovery, development and commercialisation of novel antimicrobials. He will remain on the board of Ergomed’s subsidiary, PrimeVigilance, as a non-executive director and a consultant during the transition period. Jan Petracek will become CEO of PrimeVigilance. Destiny’s founder and previous CEO, Bill Love has been appointed as CSO.

UK Process engineering consultancy BPE has appointed Fiona Smith to lead its team at the company’s Daresbury base in Cheshire. She has more than 13 years’ experience in the industry, having held senior roles with, among others, Mexichem Fluor and Grimley Smith Associates.

As ChemChina’s takeover of Syngenta gets closer to being finalised, the two companies announced changes to the Swiss company’s board of directors. Four of Syngenta’s current board members will become independent directors: Michel Demaré will also serve as VC; Jürg WitmerEveline Saupper, Gunnar Brock – will have no affiliation with ChemChina or its affiliates. Another four directors – Ren Jianxin, will serve as chairman; Chen HongboOlivier, T. de Clermont-Tonnerre and Dieter A. Gericke – will be nominated to the board by ChemChina for election during Syngenta’s AGM in June 2017. At that time, four members of Syngenta’s current board of directors – Vinita Bali, Eleni Gabre-Madhin, David Lawrence and Stefan Borgas – will step down.

Sweden-based investment company Karolinska Development has announced its portfolio company Modus Therapeutics, which focuses on sickle cell disease treatments, has appointed Ellen K. Donnelly as CEO. Donnelly joins from Pfizer, where she held numerous leadership positions in clinical operations, project and portfolio management, and research. At the same time Karolinska announced its chairman, Bo Jesper Hansen, and CEO Jim Van heusden, will be leaving the company, and Viktor Drvota will be promoted to CEO.

Claudio Carini, a member of Oxford BioDynamics’ scientific advisory panel, has been invited to join the Foundation for the National Institutes of Health (FNIH) biomarkers consortium as a member of the cancer, inflammation & immunity, and neuroscience steering committees. The consortium is a public–private biomedical research partnership managed by the FNIH.

Swedish biopharmaceuticals Promore Pharma has elected Marianne Dicander Alexandersson as new owner-independent board member, part of preparations as the company extends an initial public offering (IPO) later in 2017 to broaden its shareholder base. The main owners are currently Midroc New Technology, Rosetta Capital and PharmaResearch Products.

International healthcare services provider UDG Healthcare has announced the appointment of Jez Moulding as its COO, with responsibility for group IT, quality, compliance, strategy and communications, and executive VP of the Ashfield Division. Ashfield operates across two broad areas of activity: commercial and clinical services, and communications services. The Sharp and Aquilant divisions will continue to report directly to Brendan McAtamney, CEO of UDG Healthcare.