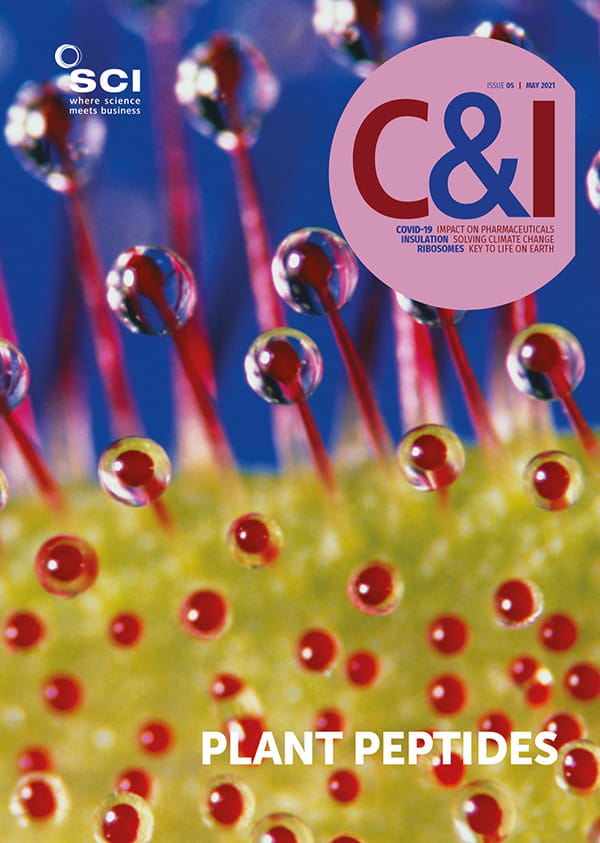 Plans to renovate up to 35m European buildings to improve their energy performance will be a key step towards making Europe climate neutral by 2050. Efficient insulation materials will be critical, Lou Reade reports

The largest emitter of carbon dioxide in Europe is not planes, cars or even factory chimneys – but buildings. The European Commission (EC) estimates that buildings account for 36% of greenhouse gas emissions from energy – and for 40% of Europe’s total energy consumption.

‘We want everyone in Europe to have a home they can light, heat or cool without breaking the bank – or breaking the planet,’ said Frans Timmermans, Executive Vice President of European Green Deal – the EC’s strategy to make Europe climate neutral by 2050.

One approach to solving this is Renovation Wave – a plan to renovate up to 35m European buildings this decade, to improve their energy performance. Efficient insulation materials will be critical to its success. An efficiently insulated building will require less energy to maintain a comfortable internal temperature. This applies not just in colder climates – where the aim is to keep heat in – but also in warm climates. Here, efficient insulation will repel external heat and reduce the need for energy-intensive air conditioning.

Of course, many effective insulating materials – from polyurethane foam to mineral wool – are already used in building construction. However, as environmental regulations become stricter, a new generation of materials and techniques will be needed in future.

Although insulating a building will bring down its carbon footprint, some insulating materials – such as conventional plastic foams – have a carbon footprint of their own. This means there is a need for more environmentally friendly insulation materials.

One idea is to use bio-based plastics; however, the physical properties of bio-based plastics are often inferior to those of conventional plastics. Researchers at the University of North Texas, US, have carried out a study that looks to improve the insulating performance of foams based on polylactic acid (PLA) – a commonly used compostable plastic derived from starch rather than crude oil.

In a paper published in Nature Scientific Reports (doi: 10.1038/s41598-020-74478-y), the researchers detailed how they improved the insulative and physical properties of PLA foam by adding cellulose-based fibres. The fibres, known as micro-cellulose fibrils (MCFs), are derived from wood pulp. They were added in small quantities of 1.5-3.0 wt%.

‘PLA on its own was good, but not as strong as conventional insulation,’ says Nandika D’Souza, a Professor in the department of mechanical engineering. ‘So, we came up with the idea of mixing cellulose in.’

Although low concentrations of MCF improved the insulation properties of PLA, it was not enough to make PLA foam comparable with conventional materials. Energy simulations showed that conventional polyurethane foam was 12% more effective as an insulator than the PLA-MCF foam, for instance.

However, the researchers say the material offered other potential environmental benefits. Adding the MCF improves compostability, due to increased microbial activity. And the carbon footprint was further reduced by using supercritical CO2 as the blowing agent. This helped to ensure that that all volatile organic compounds (VOCs) were expelled from the material during foaming and would not continue to leach out after installation.

‘We want everyone in Europe to have a home they can light, heat or cool without breaking the bank – or breaking the planet.’
Frans Timmermans Executive Vice President of European Green Deal

Another promising area of research for building insulation is in phase change materials (PCMs). These have a high latent heat of fusion and absorb substantial heat energy as they melt - yet remain at a relatively stable temperature. This is a physical property of most materials: an ice-filled water jug in a warm room will remain at 0°C until all the ice has melted, for instance. The difference with PCMs is that they are engineered to do this at a more ‘useful’ temperature, such as 20°C.

However, several studies have found that temperature distribution within a PCM is not always uniform – as the solid and liquid portions tend to separate. This ‘temperature stratification’ reduces the advantage of using PCMs, because heat penetrates through the ‘liquid’ portion of the material.

Sarng Woo Karng and his team at the Korea Institute for Science and Technology (KIST) have devised a way to overcome this by creating and testing a ‘wall device’ for a building envelope based on a PCM. The device has one major modification: it injects air bubbles into the liquid. This, he says, helps to keep the PCM at a homogenous temperature and avoids local ‘hotspots’. This, in turn, will help to shield buildings from heat penetration and reduce the need for air conditioning.

‘The concept is to prevent heat from entering the building until the solid PCM has completely changed to liquid. The temperature remains constant during its phase change – even if the PCM is heated by solar heat during summer,’ says Karng, senior Research Scientist at KIST. The researchers found that the ‘bubble injection’ system stored 11% more heat than the ‘non bubble’ system, while 28% less heat penetrated across it (Energy Conversion and Management, doi: 10.1016/j.enconman.2020.113187).

‘By reducing heat penetration into the building, the room temperature could be lowered by 2.5°C,’ he says. ‘As a result, summer cooling energy can be reduced.’

PCMs are usually either inorganic salts, which are cheap to make, or organic substances such as long-chain alkanes that are more expensive, but typically have higher latent heat capacities. Karng and his team built and tested two PCM devices, one of which used bubble injection. Both devices used an organic PCM called n-octadecane, an 18-carbon alkane. The same amount of heat was supplied to both devices and the temperature of each was measured at various points. Once the PCM had begun to melt, the air supply was switched on – and vented through an outlet in the upper wall.

‘Bubbling air through the liquid reduces the temperature difference between the top and bottom, which allows the PCM to melt vertically and uniformly,’ he says.

‘We expect this insulating wall will help to reduce the energy needed to heat or cool a building,’ says Karng. ‘Combining PCMs with building insulating material helps reduce heat penetration – and can be used as the outer wall of zero-energy buildings.’

Karng says that follow-up research has already begun, with an eye towards commercial use. One area of interest is to replace the bubble injection system with a heat exchanger, he says. 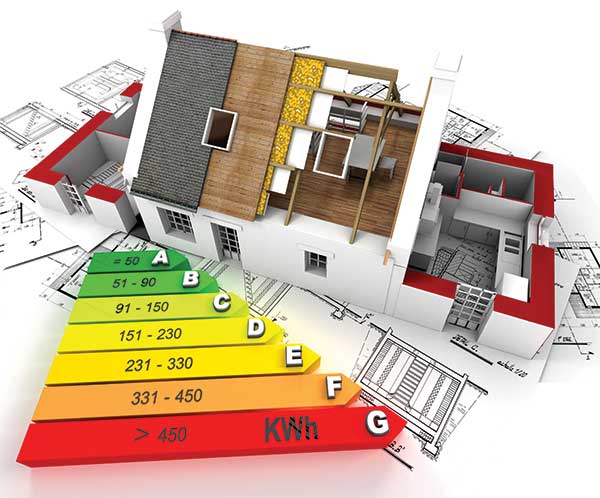 PCMs could also be incorporated into other materials as an ‘additive’ to achieve the same aim. NRG-Storage is a four-year, multi-partner project that aims to develop a new type of light, cement-like foam that offers both insulating properties and energy storage – thanks to the use of both nanomaterials and PCMs.

The foam, called NRG Foam, will incorporate nano-sized graphene particles and micro-encapsulated PCM into its structure, in an attempt to improve thermal storage capacity and mechanical properties. The researchers estimate that the final product will improve insulation capacity by 25% and energy storage capacity by 10%, compared with existing solutions such as glass fibre and mineral wool – although it is likely to be around 15% more expensive.

‘We have been focusing on PCMs for a long time,’ says Eddie Koenders, a Professor at the Technical University of Darmstadt (TUD) in Germany, which coordinates the project. ‘We are trying to understand their special properties and make them usable for building materials in a targeted way.’

Koenders is co-author of a recent paper in Materials (doi:10.3390/ma13122787), with other NRG-Storage team members, on how PCMs have been used to improve the performance of multi-layered walls in building envelopes. The team created PCM composite layers by incorporating paraffin wax (the PCM) into a cement-like matrix. The multi-layer walls consisted of 20 layers, each 1cm thick, of either insulator or PCM composite. The optimal solution was to make the building envelope using expanded polystyrene (EPS) foam as the insulator, with between one and four layers of the PCM composite near the centre of the structure.

Despite the small amount of PCM composite in the structure, it reduced heat flow by at least 18%, compared with a wall made only of EPS.

This project developed wall structures for two specific locations – one in Germany, and one in Argentina. The NRG-Storage project will look to expand this and develop structures for a widely differing set of climates, said the researchers.

Climate change is likely be this century’s major ongoing scientific challenge. And while headlines are likely to focus on electric cars and biodegradable plastics, it is quiet advances like new insulating materials that could end up having a larger effect.

50%
Half the energy used in homes is for heating – and up to half of it can escape through windows.

20°C
An ice-filled water jug in a warm room will remain at 0°C until all the ice has melted. Phase change materials are engineered to do this at a more ‘useful’ temperature – such as 20°C.

While new materials will play a role in boosting building insulation, not every innovative material or process will be commercialised. If a material or manufacturing process is too expensive, it is unlikely to make it to market. One attempt to improve building insulation performance – while reducing cost – is being investigated by SKZ, a German plastics research organisation. SKZ scientists are looking at how to make foam-filled PVC window frames – which improve insulation – more cost-efficiently.

‘Making this type of window frame is normally a three-stage process,’ says Johannes Rudloff, Group Manager of the compounding and extrusion division at SKZ. ‘The window profile is extruded; the foam is extruded; then the two are joined together.’

While ‘hollow’ PVC window frames are widely used in construction, foam-filled frames are less common because they are more expensive. Rudloff is part of a team looking to develop a one-step process, which he says could reduce the cost of making ‘filled’ window frames by up to 50%.

‘We don’t think we can improve much on insulation performance, but we think we can make these frames more cheaply,’ he says.

However, he says there is still one difficult problem to solve the two materials – PVC and polystyrene foam – process at different temperatures. While PVC is extruded at 180-200°C, the foam is processed at 130-150°C.

The main thrust of SKZ’s research is to develop an extrusion tool that has different temperatures in different sections. This would allow both materials to be extruded at the same time – making a foam-filled frame in a single step.

‘This would allow us to extrude the PVC and the foam through the same tool,’ says Rudloff.

This might involve insulating the inner part of the tool – or making it from a different material – in order to protect the foam from the higher temperature. The team is also looking at alternative foam formulations, such as chemically modified polystyrene, to overcome the problem.

‘We have also looked at using PMMA foam – but it is a more expensive material,’ he says.