SCI's Scotland Group in partnership with the Royal Society of Edinburgh

The Lister Memorial Lecture was established in 1944 and is named after Sir Joseph Lister, the British surgeon who first introduced antisepsis into hospital routine and pioneered the field of bacteriology in the late 19th Century.

This medal is awarded to prominent scientists working at the interface of chemistry and medicine. It was first awarded to Sir Alexander Fleming, in 1944, and has only been awarded 16 times in the last 78 years, the most recent recipient being Dame Sally Davies, in 2016 for her leadership in addressing the antimicrobial challenges.

The Medal will be awarded at a reception where Sir Patrick will give a Memorial Lecture. 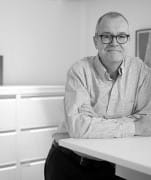 Patrick was President, R&D at GlaxoSmithKline (GSK) from 2012 until 2017. Prior to this, he was Senior Vice President, Medicines Discovery and Development. He joined the company in May 2006 as Head of Drug Discovery. He was a member of the GSK Board and the Corporate Executive Team. During his period as head of R&D over 14 new medicines were approved for use worldwide, for diseases ranging from cancer to asthma and HIV.

Prior to joining GSK, he was a clinical academic, Professor of Medicine and led the Division of Medicine at UCL. He has over 20 years’ experience of basic and clinical research, and was a consultant physician in the NHS. His research spanned from work on medicinal chemistry and structural biology, through to cellular work, studies in humans and use of large electronic health record databases.

He was elected to the Academy of Medical Sciences in 1999 and to the Royal Society in 2017. He was on the Board of the UK Office for Strategic Co-ordination of Health Research (OSCHR) from 2009 to 2016. He is an Honorary Fellow at UCL and holds honorary degrees from Imperial College London, Glasgow University, University of York and St George’s, University of London. He was a non-executive director and board member for UK Biobank and a non-executive board member for Genome Research Limited but stepped down in taking up the GCSA role.

This is a free event. To enable us to control the number of visitors into the building, we are asking all delegates to pre-register in advance.

For this reason, registration will close 24 hours prior to the event and only registered guests will be admitted.

All registrations will automatically receive a confirmation within 24 hours of registering for the event. Should you not receive written confirmation of your booking, please email conferences@soci.org.