The Rideal Lecture is an annual award given by SCI's Colloid and Surface Chemistry Group and the RSC's Colloid and Interface Science Group.
This one day symposium will feature six invited lectures by colleagues and former group members and will conclude with the award recipient Daan Frenkel presenting the Rideal lecture.

Please click here for directions and a location map. 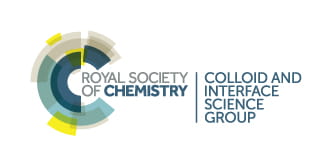 A poster session will run alongside the conference programme. Anyone wishing to present a poster is encouraged to submit a one-page abstract by Friday 17 March 2017. Download an abstract template and submit online here or email us directly at conferences@soci.org.

The recipient of this year’s Rideal lecture is Daan Frenkel. Daan studied Physical Chemistry at the University of Amsterdam where he also obtained his doctorate. After a period as a postdoctoral fellow at UCLA, Los Angeles, and as a research scientist at Shell Research in Amsterdam, he was a lecturer and then reader at Utrecht University (1981-1986).
From 1987 – 2013 Daan worked as a group leader at the FOM Institute for Atomic and Molecular Physics in Amsterdam, and was associated as a part-time professor with Utrecht and Amsterdam Universities. From 2007-2015 he held the position of 1968 Professor of Theoretical Chemistry at the University of Cambridge, and was also Head of the Department of Chemistry from 2011 – 2015.
Daan’s research focuses on molecular simulations in the area of soft and biological matter. He predicts the stability and rate of formation of self-assembling structures and materials. Such studies are relevant for the design of novel materials and for the understanding of the physical properties of existing self-assembled structures.
Daan has received many honours and was elected member of the Royal Dutch Academy of Sciences (1998), Foreign Member of the Royal Society (2006), Foreign Honorary Member of the American Academy of Arts & Sciences (2008), and Foreign Associate of the National Academy of Sciences (USA, 2016). He visited the UK in 1999 as the Bourke lecturer of the Royal Society of Chemistry, and was awarded their Soft Matter & Biophysical Chemistry Award in 2010.