Brazil-based petrochemical company Braskem is to build a renewable innovation centre in Lexington, Massachusetts, US. The centre will be focused on accelerating innovation in renewable chemicals and sustainable materials. It will also expand the company’s competencies in biotechnology, catalysis, process engineering and innovation. The company added that there will be a strong focus on early-stage development related to the conversion of biomass-based feedstock; including sugars, cellulose, vegetable oils and lignin, into sustainable chemicals and materials.

Braskem said that this latest development will enhance its resources dedicated to discovering technologies that will generate growth centred on carbon circularity. Mark Nikolich, Braskem America CEO said: ‘Braskem intends to invest approximately $20 million building our renewable innovation hub, and will continue to invest in developing and retaining a world-class innovation team based in greater Boston to create unique intellectual property in areas of sustainable chemicals and materials.’

LyondellBasell’s Wesseling, Germany site – its largest manufacturing facility in Europe – is set to be home for a planned advanced recycling plant.

Also in the area of sustainability, LyondellBasell has said that it will move forward on the engineering aspects of a plan to build an advanced recycling plant at its site in Wesseling, Germany. Using the company’s proprietary technology; the commercial scale facility will be used to convert pre-treated plastic waste into feedstock for new plastic production. LyondellBasell has said that the final investment decision is expected by the end of 2023. 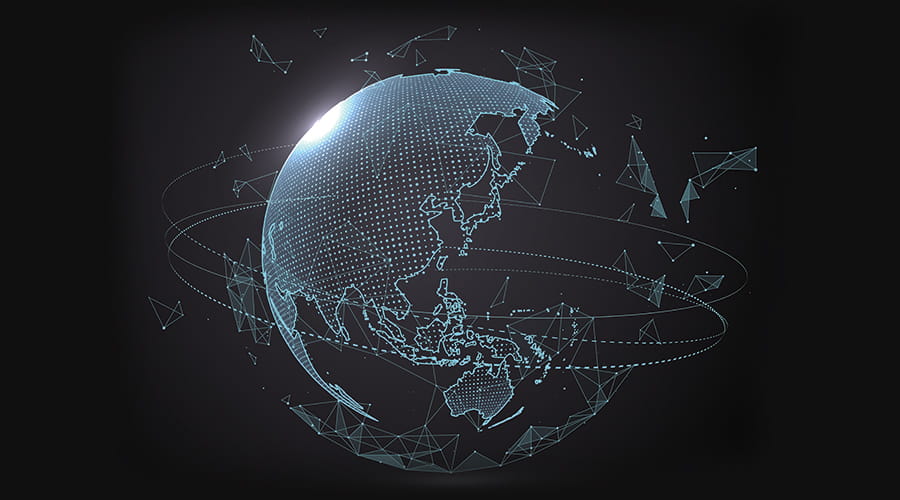 Innovation is on the rise in Asia, with the World Intellectual Property Organisation (WIPO) releasing a report indicating that in 2021 worldwide intellectual property filings reached a new all-time high, with Asia driving growth.

The WIPO’s World Intellectual Property Indicators (WIPI) Report 2022 shows that 3.4 million patent applications were filed around the world during 2021, representing an increase of 3.6% compared with the previous year.

Offices in Asia received a remarkable 67.6% of all applications worldwide. Strong growth was seen in patent filing in China, the Republic of Korea, and India. Patent activity in the US, Japan and Germany declined. ‘IP filing strength during the pandemic showed that people across the world continued to innovate and create despite the economic and social disruptions caused by the pandemic,’ said WIPO Director General Daren Tang. Sounding a note of caution Tang added: ‘This resilience should not be taken for granted. Another economic downturn is looming and geopolitical tensions have increased.’

Helping local innovation, Canada’s government is providing more than C$1 billion in funding to support scientists, researchers and students to ‘ensure that Canadian research continues to lead the world and push boundaries of knowledge.’

Science and research play a vital role in improving our society and growing our economy.

Speaking at the Canadian Science Policy Conference, held 16-18 November in Ottawa, Ontario, the Honourable François-Philippe Champagne, Minister of Innovation, Science and Industry said: ‘We know the vital role research and science play in growing our economy, and today’s investments will help Canada cement its position as a world leader in research and innovation.’ Areas of investment include C$127.9 million to advance the government of Canada’s Biomanufacturing and Life Sciences Strategy, and more than C$275 million for 5,700 promising students and emerging researchers across the country working a range of disciplines.

Last week was World Antimicrobial Awareness Week, which was used by the World Health Organisation to launch a new platform to tackle the antimicrobial resistance threat to humans and animals. The Antimicrobial Resistance Multi-Stakeholder Partnership Platform will focus on ensuring ‘the growing threats and impacts of AMR are addressed globally.’

Joining the WHO in its initiative are the Food and Agriculture Organisation of the UN (FAO), the UN Environment Programme (UNEP), the World Health Organisation (WHO) and the organisation that uses our favourite initialism, the World Organisation for Animal Health (WOAH).

This quadripartite met at the Third Global High-Level Ministerial Conference on Antimicrobial Resistance, held in Muscat, Oman, 24-25 November where targets to address the AMR threat were discussed for the first time. The three global targets include a reduction in the total amount of antimicrobials used in agrifood systems by at least 30%-50% by 2030. Countries also made commitments to implement National Action Plans for AMR and strengthen surveillance through improved data reporting and management.

The event, which was attended by more than 30 ministers and representatives from 40 countries, concluded with the release of the Muscat Ministerial Manifesto, which aims to accelerate One Health actions on AMR to achieve the 2050 Sustainable Development Goals. Oman’s Minister for Health Dr Hilal Al Sabti said that the conference had ‘achieved a very fruitful dialogue on antimicrobial resistance.’