SCIweek📰 From supporting female entrepreneurs to atomic energy in agriculture

What you need to know this week in science based industry and policy.

With COP27 focused on moving from negotiation to action, DuPont announced that it has become a founding member of the Semiconductor Climate Consortium (SCC), said to be the first ‘global, ecosystem-wide effort to advance the semiconductor industry’s response to climate change’.

With members from across the semiconductor value chain, the SCC is looking to accelerate climate action in the support of the Paris Agreement, and related accords. The consortium will collaborate to develop tools that will assist in reporting and evaluating greenhouse gas emissions and advocate for innovative ideas for the use of microelectronics in addressing climate change.

DuPont’s 2030 Sustainability Goals include a commitment to reduce greenhouse gas emissions by 30%, as well as getting 60% of its electricity from renewable sources and delivering carbon neutral operations by 2050. The SCC will formally launch during COP27, and the first membership meeting will be held before the end of the year.

The link between climate and health has long been recognised. Now the World Health Organisation (WHO) and the World Meteorological Organisation (WMO), with support from Wellcome Trust, have launched what is said to be the first global knowledge platform dedicated to climate and health. The partners said that the platform, climahealth.info, is a response to growing calls for actionable information to protect people from the health risks of climate change and other environmental hazards.

The WHO and the WMO said that the global open access platform has been designed to ‘become the go-to technical reference point for users of interdisciplinary health, environmental and climate science.’ It includes tools and resources that can enhance understanding of the connections between climate and health, the partners said.

Madeleine Thomson, Head of Climate Impacts and Adaptation for the Wellcome Trust said: ‘Experts can’t always partner and share information as effectively as we know they would like to. We hope this portal will help fulfill the potential of different disciplines to work together on research and gain new insights into how climate change is affecting health around the world.’ 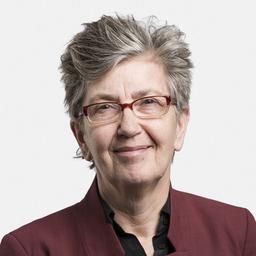 Madeleine Thomson, Head of Climate Impacts and Adaptation for the Wellcome Trust

Staying with climate actions, a report from the United Nations Environmental Programme’s (UNEP) International Methane Emissions Observatory indicates that many companies are increasing their efforts to tackle methane. The report: An Eye on Methane: International Methane Emissions Observatory 2022, was launched during the Abu Dhabi International Petroleum Exhibition and Conference held in Abu Dhabi, United Arab Emirates 31 October – 3 November. The report finds that more than 80 oil and gas companies around the world have committed to measuring and reducing their methane emissions.

Inger Anderson, Executive Director of UNEP said: ‘Cutting methane emissions is the fastest way to tackle climate change in the short-term, as it remains in the atmosphere for far fewer years than carbon dioxide. Companies are making progress, but they must move faster and harder.’ 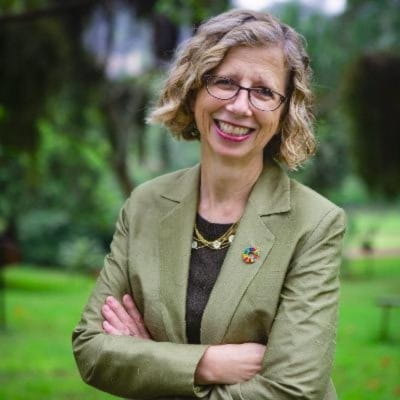 Kadri Simson, European Commissioner for Energy added: ‘To reduce methane emissions we need to know more. Who is emitting, where and how much? The lack of verified emissions data has made it hard for governments to carry out targeted action at the scale and speed needed to achieve climate goals, or even raise political awareness of the problem. What you do not measure does not get addressed.’

Nuclear science is more often thought of in the context of energy or weapons, but it also has many applications in agriculture. To this end, the Food and Agricultural Organisation of the United Nations (FAO) and the International Atomic Energy Association (IAEA) have agreed to forge closer collaboration to leverage innovative research and development. The agreement will see the partners develop a road map towards ‘a stronger strategic partnership’ including activities related to marine environment, physical and chemical sciences and human health.

Areas of work include the use of Cosmic Ray Neutron Sensors to monitor landscape soil moisture, contributing to improved land management. The IAEA was also involved in the development of a vaccine to eradicate Rinderpest, a disease that impacts cattle.

The FAO’’s Director General QU Dongyu said that this new phase of collaboration would also focus on making the Members more aware of the joint cooperation.

Supporting women entrepreneurs is the subject of a report from the European Investment Bank (EIB) which concludes that women-led start-ups face obstacles accessing finance and rely on ‘substantially different financing mix to firms led by men.’

The findings are set out in a report Support for female entrepreneurs in Europe: Survey evidence for why it makes sense. The report is based on various proprietary EIB surveys, highlighting the importance of investing in women’s business leadership.

Released during the 2022 Financial Alliance for Women Summit, held 2-3 November in London, its findings include that women-led businesses achieve higher environmental, social and governance scores while supporting up-skilling of their employees by investing in training.

Inez Murray, CEO of the Financial Alliance for Women said that: ‘Europe is behind the United States on rates of female-led start-ups. It is time to invest in making our entrepreneurial ecosystems more female-friendly [...] The business case for supporting women is clear.’