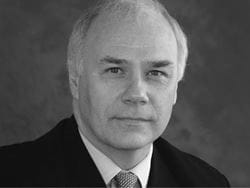 SCI® (Society of Chemical Industry) President, Paul Booth CBE, today welcomed the government’s new ‘Levelling Up’ Plan and White Paper. The documents outline a strategy to spread greater opportunity more evenly around the UK by 2030. Narrowing spatial economic disparities is at the centre of Levelling Up Secretary Michael Gove’s agenda. Twelve new cross-government missions have been introduced to achieve the Levelling Up aims.

A global innovation hub and the place ‘where Science Meets Business,’ SCI works to accelerate science ‘out of the lab’ to address urgent societal concerns such as climate change, sustainability and global health concerns. It counsels both large corporates and SMEs on current industrial challenges.

Paul Booth said: ‘I agree with Michael Gove that “We have one of the world’s biggest and most dynamic economies” and he is right to point out that the UK has produced more Nobel Prize winners than any other country other than America. To build on this legacy and really secure long-lasting equality between UK regions, we must invest in the latest disruptive technologies, innovation and a joined up industrial strategy – only then can we fully compete on the world stage and secure more highly skilled jobs and prosperity right across the UK.’

‘It is particularly good to see the announcement of three new Innovation Accelerators, major place-based centres of innovation in Greater Manchester, the West Midlands and Glasgow-City region. Such clusters of innovation will see business and research supported by £100 million of new government funding. However, in order to translate into real success, these innovation hubs need to showcase opportunities for new manufacturing using disruptive technologies – technologies which will help place the UK at the heart of the world’s much needed ‘Green Industrial Revolution’.

‘I am pleased to also see that the Research & Development (R & D) mission will see domestic public R & D investment outside the Greater South East increase by at least 40 per cent by 2030. Another mission will address gross disparities in healthy life expectancy with a new White Paper on Health Disparities being published later this year. BEIS (the Department for Business, Energy and Industrial Strategy) has committed to invest at least 55 per cent of domestic R & D funding outside the Greater South East by 2024/5 and the Department for Health and Social Care will increase its medical research investment outside London, Oxford and Cambridge. These developments can’t come soon enough – to support UK innovation, manufacturing and the chemical using industries, improve productivity and thereby bring more prosperity to more people.’

Born in Teesside, Paul has worked in the chemical industry for 40 years. He started his career with ICI and later became Chairman of SABIC UK Petrochemicals. He was also a member of the CIA (Chemical Industries Association) Council and Chairman of the North East Process Industry Cluster. Paul sits on the Chemistry Council, a government industry partnership, and he served as Chair of the Tees Valley Combined Local Enterprise Partnership from 2015 to 2021, where he championed regional development through innovative technology.

ABOUT SCI®: where science meets business


SCI is a unique global multidisciplinary network connecting scientists, business, academics and other key players involved in science-based innovation. SCI promotes innovation via its international network to advance the commercial application of science into industry for the benefit of society.

SCI® works across crucial sectors as diverse as food and bio-renewables, water, environment, energy, materials and manufacturing, and health and wellbeing.