‘Now more than ever the UK and the EU should be working together to tackle our shared challenges from net zero to global health and energy security.’

The UK government has launched dispute resolution proceedings with the European Commission in relation to the UK’s access to EU science programmes. The so-called ‘formal consultations’ are aimed at concluding the ongoing delays to the UK’s participation in several science initiatives including Horizon Europe. A formal consultation is a mechanism set out in the UK-EU Trade and Cooperation Agreement (TCA) to resolve disputes between the UK and EU.

The UK government has said that access to a range of EU science and innovation programmes was negotiated as part of the TCA in 2020. However, to date ‘the EU has still refused to finalise UK access, causing serious damage to research and development in both the UK and EU Member States’, a government statement said.

In launching the dispute resolution proceedings, the government said that it hoped to ‘encourage the EU to abide by their obligations in the deal’. Graham Stuart, the government’s Minister for Europe said: ‘It is disappointing that the EU has not facilitated UK participation in the agreed scientific programmes, despite extensive UK engagement on the issue. Now more than ever the UK and the EU should be working together to tackle our shared challenges from net zero to global health and energy security […]’ 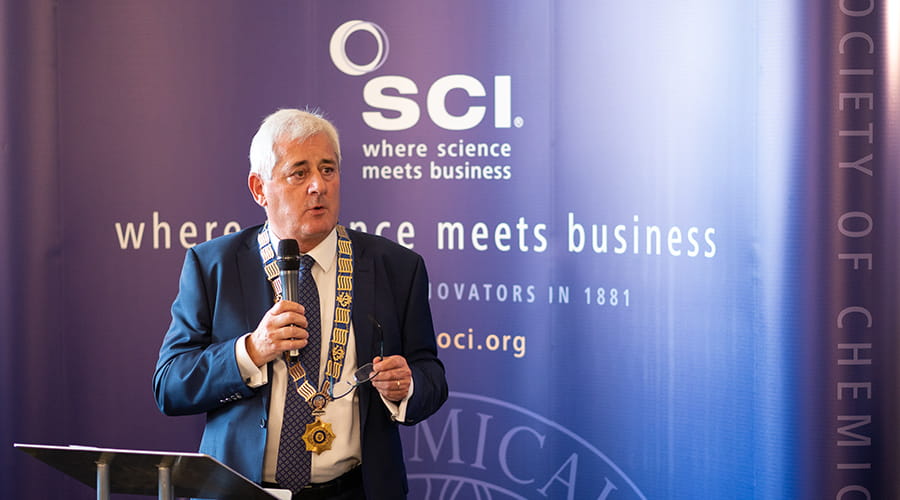 SCI President Paul Drechsler called for an urgent solution to the Horizon problem in his inaugural address to SCI's AGM.

The UK science and research sector has been calling on the government to reach a resolution on the issue as soon as possible. Speaking at SCI’s AGM, held in July, Paul Drechsler, SCI President said: ‘We need urgently to find a solution to the funding and collaboration crisis caused by losing access to the Horizon Programme. We need people to understand that we appreciate and value diversity in all its forms. Collaboration is the magic ingredient for great scientific achievement. We want UK universities to be at the centre of great research, not on the periphery.’

During July, the UK Government published its policy paper setting out how the UK would transition to new R&D programmes if the UK were unable to access EU science programmes. At that time the government said that it was concerned that the ‘continued delays were causing intolerable uncertainty for our research and development community.’