Our tour of the Cambridge University Botanic Garden on 7 June took on a virtual twist this summer, thanks to Gwenda Kyd of the Cambridge Crystallographic Data Centre (CCDC), who introduced us to the new smartphone-assisted chemical trail. CCDC has been working with the garden to develop a trail to highlight some key compounds and their source plants.

As Gwenda notes, plants and plant materials are an invaluable source of foodstuffs, dyes, cosmetics and medicines, and a source of many useful chemicals. A large number of naturally occurring compounds are studied by X-ray crystallography and included in the Cambridge Structural Database (CSD), the principal product of the CCDC.

Over 20 plants, including willow, lupin, foxglove and yew, have accompanying QR codes, which users can photograph with a smart phone (provided they have a suitable app installed) and be taken to a page of information on the garden's website. The trail can also be followed virtually via the link below. The QR code below will take you to the willow page.

The plants' properties range from the benign to the sinister. Feverfew is a source of melatonin which can be used to treat jetlag and circadian rhythm sleep disorders, and is also involved in the mechanism by which some reptiles and amphibians change colour. But henbane gives us scopolamine, a bitter tasting alkaloid with hallucinogenic properties. It deters grazers and it has reputedly been used as a truth drug. 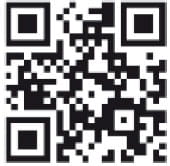 In addition to textual information, the virtual trail shows a 2D diagram and 3D representation of the structure, and links to the database entry. The trail is designed to appeal to all ages and to the non-scientist as well as scientists. More compounds will be added as the virtual trail continues to evolve.

Gwenda had attended Dr Alison Foster's 'Herbal Remedy to Pharmaceutical' talk earlier in the year, and mentioned the new chemical trail in the Cambridge Botanic Garden to the committee. She arranged another treat later in the summer - a tour of the CCDC.