It was sad to hear the news that Geoff Eggett had died on New Year's Day after a very difficult period towards the end of his life when he had pneumonia and lung problems.

He was Secretary of the Health and Safety Group at a very difficult time and always came to meetings in London from Newcastle-on-Tyne, making an early start and leaving late to reduce the cost of travel to SCI. On the day of the July 2005 London Bombings he walked to Belgrave Square, narrowly missing the areas devastated by the bombs. 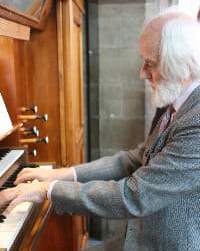 He has been a personal friend and very proud of his family, a particularly memorable moment for him was when his son carried the Olympic torch on the journey to London. Geoff was a keen musician and played the organ at his local church. Latterly, he chose to go into care to help his wife, Maureen, who sadly is also not well.

Geoff played a senior part in industry and was Director of Integrated Process Safety Ltd, spending a lot of time training company staff in the Middle East where Maureen and Geoff also went on holiday. As well as overseas holidays, they loved the Lake District and had several holidays there.

He had to retire from membership of the Environment, Health and Safety Group in late 2013 due to ill health but was always cheerful and will be greatly missed.