The challenges of microplastics

Julius Kreissig, Senior Consultant in Environmental Policy & Economics at Wood PLC, discusses the adverse effects of microplastics on human health and the environment, and his view on the responses from governments in addressing this concern.

There have been many high-profile campaigns against microbeads in cosmetics, are personal care products still a major source of microplastics?

Microbeads in cosmetics, particularly rinse-off personal care products (i.e. those that would be washed down the drain immediately after use, such as peelings and tooth-pastes), were the first use of microplastics to attract wide-spread attention over the last 10 years. It is fairly well understood how and why microplastics are used in this context and how they can be replaced. Campaigns like Beat the Microbead have piled on the pressure for cosmetic suppliers and many of them listened: 97.6% of plastic microbeads used for exfoliating and cleansing purposes in rinse-off cosmetic and personal-care products were phased out between 2012 and 2017.

However, plastics are also used for other functions and in other products that do not qualify as rinse-off, where they may be more complex to replace. In 2017, Wood (then Amec Foster Wheeler) estimated for the European Commission that some 1,250-1,910 tonnes of intentionally added, 5mm or less, water insoluble, solid plastic particles are used in all personal-care products.

What is the Government doing in the UK and in Europe to address the issue of microplastics?

Responding to the increasing public concern and scientific evidence about the presence and potential harm of microplastics in the environment, the UK were one of the first countries to implement a ban on microplastics. This entered into force in 2018 and covers “water-insoluble solid plastic particles” up to 5mm in size in rinse-off personal-care products.

Earlier this year, the European Chemicals Agency (ECHA) published a proposal for a REACH restriction which, if passed, would ban a wider range of uses of microplastics in the EU, including in all cosmetic products, detergents, paints and coatings, construction materials, medicinal products, various products used in agriculture and in the oil and gas sectors. We were pleased to be involved in supporting the European Commission and ECHA in the development of this restriction and I believe it is an important next step.

However, no ban on the intentional use of microplastics in products can fully address the issue on its own. As mentioned before, the majority of microplastics are created through the breakdown of larger plastic items, so the wider range of actions on plastics pollution is crucial, such as for example making good on the 25-Year Environment Plan commitment to eliminate avoidable plastic waste in the UK, or the EU plastics strategy.

As awareness increases on the damage that microplastics are causing to habitats and species, have there been changes in the amount of microplastics entering our seas?

Some measures on the reduction of microplastics specifically and of plastic waste more generally have surely had a positive impact. However, unfortunately we don’t have reliable figures available to be sure that microplastics emissions have actually decreased in total, when considering all sources. Another issue is that most microplastics are very persistent. Once in the environment, they will stay there for a long time. Some of them may break down into smaller and smaller particles. 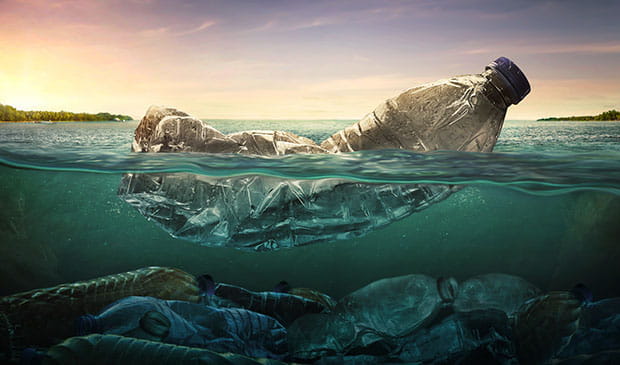 Is biodegradability a potential solution?

How can we adapt our fundamental thinking around the ways we approach plastics to mitigate the risks from microplastics?

Personally, I believe that we are a long way away from a sustainable level of plastic use. However, I also believe it is important to weigh the risks with the benefits of each use of plastics, rather than giving them up altogether as a matter of principle. Plastics are great materials that have enabled a lot of economic and technical progress (including many environmentally beneficial applications), and in certain applications the potential for release to the environment is relatively small.

It would be incredibly complex and time-consuming to assess every single plastic product in detail, so I believe we need to find reasonable grouping approaches to identify the groups of products where the use of plastics is justified by the benefits and a lack of alternatives, and those groups where it is not.

What are the impacts of microplastics on human health? And how can we prevent these health implications?

An increasing number of studies have identified several adverse effects on a range of animal species, including reduced nutrition arising from microplastics in diet, in turn resulting in lower energy reserves and associated effects on other physiological functions. Some of these effects only occur at exposure to very high concentrations of microplastics. Translocation of microplastics from the gut to the circulatory system and/or tissues has also been identified.

However, effects on human health are currently less clear. Microplastics in the environment can be eaten by animals (e.g. fish and shellfish). Fish and seafood can consequently be consumed by people. One way to avoid microplastics could therefore be to eat less fish and seafood, but the European Chemicals Agency (ECHA) notes that up to 90% of ingested microplastics will be excreted following consumption, and human intake of microplastics via consumption of seafood would likely have a negligible effect on human exposure to contaminants and plasticisers. In addition, microplastics have also been found in drinks and in the air, which makes it very difficult to protect yourself from all potential sources. A 2018 study identified microplastics in human faeces, suggesting human ingestion of microplastics could be widespread. Therefore, a concern remains given that we know we are significantly exposed to microplastics but are less sure about the health effects.