Each year, the Royal Society of Biology and the House of Commons Science & Technology Committee collaborate to host Voice of the Future – an event where young scientists turn the tables on politicians and ask them questions about the future of UK science and research.

To represent our growing corporate and industrial membership base, SCI chose six representatives in the early stages of their careers in industry to attend Voice of the Future 2018. They were: 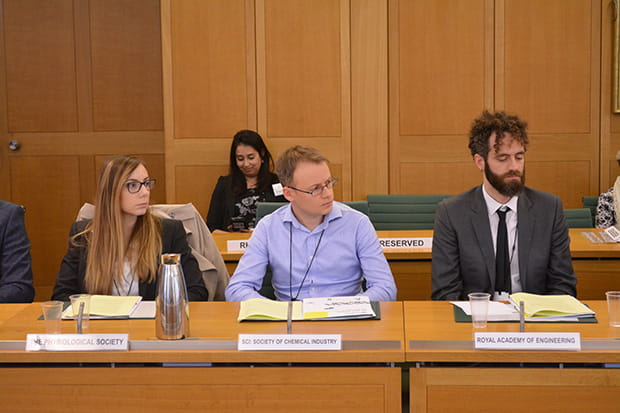 Really great to discuss science policy with so many young people passionate about science! https://t.co/Ij0kmlnAsN


In the first panel of the day, Louise from Unilever asked the Science Minister: ‘The UK has a well invested academic base in universities, but a relatively weak track record of commercialisation. How do we increase economic productivity from our strong science base?’

Really great to discuss science policy with so many young people passionate about science! https://t.co/Ij0kmlnAsN

SCI and @UnileverUKI representative Louise Connell asks Science Minister @SamGyimah about how the UK can increase its productivity from its strong academic base #vof2018 pic.twitter.com/aY4bOFJZTB

In response, Gyimah acknowledged the problems that the UK has with commercialisation – highlighting the opinions of some that the UK rushes the early development stages of innovation. Despite these concerns, he said, one of the greatest achievements in UK science is collaboration between universities and industry, which is supported by the Industrial Strategy Challenge Fund.

“The UK has a well invested academic base in Universities but a weak track record of commercialisation. How do we increase economic productivity?” - great question from SCI. #VOF2018

Gyimah highlighted his upcoming trip to Israel this year as an example of how the UK can learn from other countries regarding successful commercialisation. 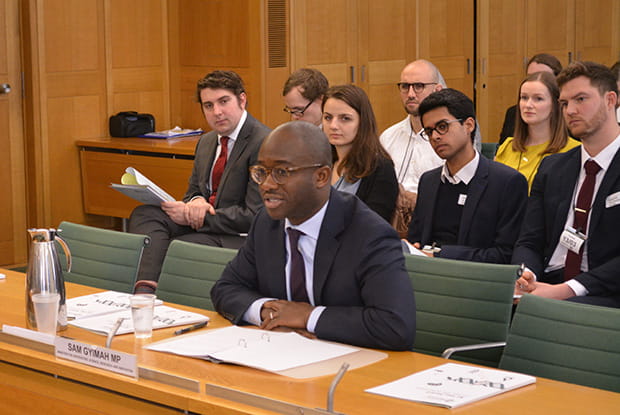 ‘They have an incredible track record in commercialisation – it’s not called the start-up nation for nothing,’ he said. ‘One of the reasons for the visit is to look and work with them to see what more we could be doing beyond funding basic research.’

Next up for SCI was Ali from Synthomer, who asked MPs from the Science & Technology Committee: ‘Self-driving vehicles are becoming more and more sophisticated. How do you think the implementation of this technology will affect us?’

Our assessment of the risks and caveats need to be produced immediately as the technology is already ready says @Metcalfe_SBET, in response to Ali Saad's @Synthomer_Group question about the future of driverless cars #vof2018 pic.twitter.com/n6m25Irrjg

Whitfield, MP for East Lothian, Scotland, said one of the obvious challenges will be the transition period for driverless cars, when some consumers will have the product and others will not. ‘If history teaches us anything, the interaction in humans with technology that perhaps they should leave alone could paint quite a frightening future for a short period,’ he said.

Deputy Chair of the Committee and MP for South Basildon and East Thurrock, Essex, Stephen Metcalfe followed up by highlighting the positives of the technology. The use of existing infrastructure, the potential for increased capacity on roads and railways, and safer travel were all advantages, he said. 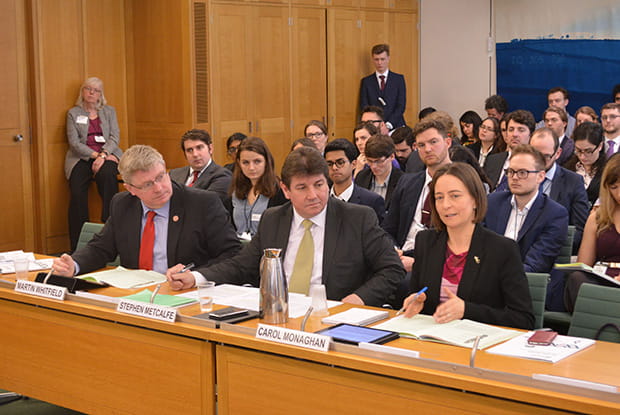 ‘The unforeseen consequence is potentially on the jobs market,’ Metcalfe said. ‘Only time will tell but the technology is coming and it will be deployed. Once it has taken hold I think it will be adopted very quickly.’