SCI America rewards renowned chemist with one of the highest honours in applied chemistry at its Perkin Medal Dinner and celebrates early career success in innovation at its annual Innovation Day, held jointly with Science History Institute.

World-renowned chemist and nanoscience expert, Dr Chad A Mirkin, was awarded the prestigious Perkin Medal at a dinner held in his honour in Philadelphia on 10 September by the SCI America International Group.

He was awarded the medal in recognition of his contributions to nanotechnology and nanochemistry, and the process and commercial products that are based upon them, including the invention and development of spherical nucleic acids (SNAs) and myriad nanopatterning methodologies.

The SCI Perkin Medal is recognized as one of the highest honours given for outstanding work in applied chemistry in the US chemical industry. It commemorates the discovery of the first synthetic aniline dye by English chemist Sir William Henry Perkin in 1856, which was a significant step forward in organic chemistry and led to the birth of a major segment of the chemical industry.

On receiving the award, Dr Mirkin addressed the audience, by giving a brief overview of how he arrived in his profession, explaining that he started out working in chemistry because it was the one branch of the sciences that his siblings weren’t already studying. He highlighted that he didn’t follow the traditional path, as Perkin did, to achieve his goals, adding that ‘Mirkin is not Perkin’, before going on to thank SCI for the award.

‘SCI has made significant contributions in promoting and inspiring achievement in the chemical industry,’ said Mirkin. ‘I am honoured and humbled to join the list of impressive Perkin Medal recipients.’ 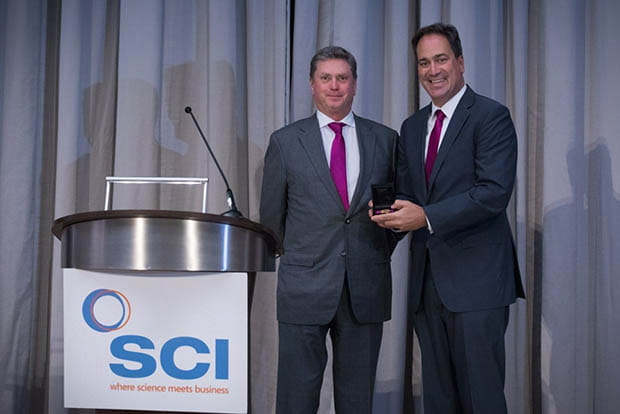 Dr Chad Mirkin, recipient of the 2019 Perkin Medal and Craig Rogerson, Chairman, President, and CEO of Hexion and Chair of SCI America

‘The work Chad has done in nanotechnology and supramolecular chemistry has resulted in innovative solutions that have a positive impact on people’s lives,’ said Craig Rogerson, Chair of SCI America and Chairman, President and CEO of Hexion. ‘The SCI is pleased to reward Chad’s remarkable success in the industry, his contributions to science, and his commitment to developing diagnostic and therapeutic tools for the benefit of society.’ 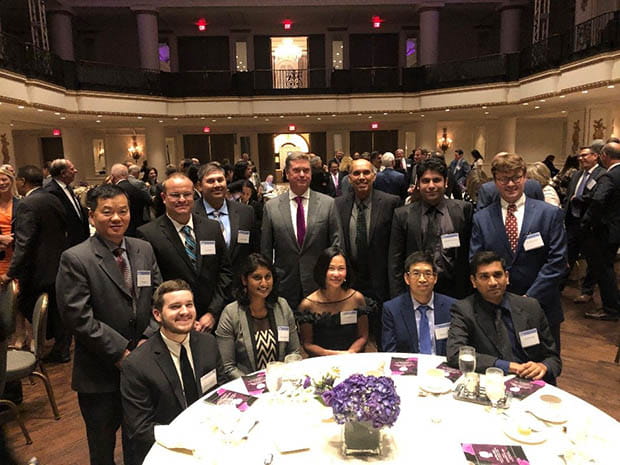 Craig Rogerson, Chairman, President, and CEO of Hexion and Chair of SCI America, and members of his team at the Perkin medal dinner

Prior to the award of the Perkin Medal, SCI America held its annual Innovation Day, in collaboration with Science History Institute. The event allows emerging industry leaders to come together to celebrate today’s innovations in the chemical industry and to seek solutions for future challenges. 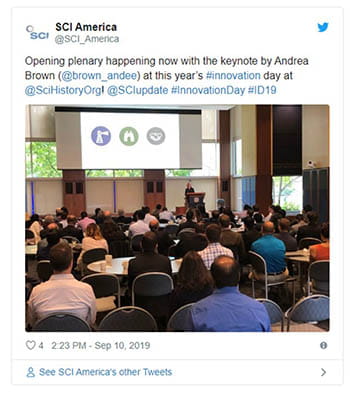 Early career success was recognised during Innovation Day, with the award of the Gordon E. Moore Medal, which was presented to Dr John Sworen, technical fellow at The Chemours Company. The Moore Medal is awarded to recognize early career success in innovation, as reflected both in market impact and improvement to quality of life. 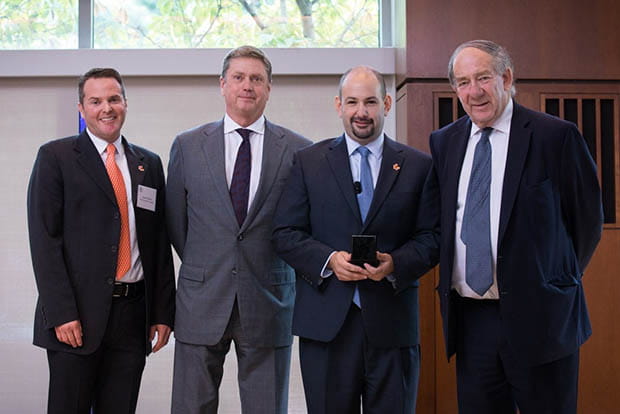 Dr Sworen’s work includes product development of nonfluorinated, durable water repellents for use in the consumer textile market. Paul Kirsch, President of Fluoroproducts at Chemours, said of his work: ‘John's innovation is a game-changer for the textile industry, and we are so proud that he has received this hard-earned recognition.’