Message from the Chairman, Republic of Ireland Group:

Lampitt Medal and Distinguished Service Award
It gives me great pleasure to announced that this year two of our committee members, Prabhu Kulkarni and David Birkett have received prestigious SCI awards.

Prabhu Kulkarni has been awarded the Lampitt Medal
This medal was first awarded in 1958 and is given in recognition of outstanding service by a member to the Society towards achieving the aims and objectives of the Society. Prabhu has several positions in the SCI including: Member of the Board of Trustees and Chairman, Health and Safety Group. Previous posts have included, member of the Environment Group, Executive Committee, Publication Committee and Council. He was Secretary, Vice-Chairman and Chairman of the Irish section over the period 1983-1991 and is still an active member of the Irish section committee. Prabhu was presented the SCI Distinguished Service award in 2004. This is the first time the Lampitt Medal has been awarded to a Republic of Ireland Committee member.

In April 1991, as Chairman of the SCI Irish Section, Prabhu proposed and participated in a joint programme with RSC, Institute of Chemistry of Ireland (ICI) and Royal Dublin Society (RDS) a Celebration of Chemistry Dinner in Trinity College, Dublin. At this meeting Five Nobel Laureates from the UK, USA, Sweden, France and Ireland were guests, along with the Deputy Prime Minister of Ireland, the Lord Mayor of Dublin and a number of Ambassadors. It was the only event of this type ever arranged in Ireland.

David Birkett has been awarded a Distinguished Service Award
This is given to those members who have given distinguished, conspicuous and sustained voluntary service to the Society, particularly through an SCI Group. David has been a member since the mid-eighties. He attended the last AGM and gave the last talk for the old West Midland Section. After a spell in Belgium, he came on the Republic of Ireland committee in 1997, then as Vice chair 1998-2000 and 2003-2005, Chair 2000-2003, and secretary 2005-present. He is also on the committee of the Materials Chemistry Group.

David has had several articles and numerous book reviews in Chemistry & Industry. He organises and sets questions for Science Week Table Quiz (now in 4th year) and was instrumental in launching series of conjoint events with IChemI and local RSC. Most recently he was on organising committee (with Nick Gathergood, Andrew Rous and Prabhu Kulkarni) for events to celebrate 60th Anniversary of SCI in Ireland, including Ireland and Kyoto: A Dragons' Den Debate and a celebration dinner, with many key figures from academic and industrial chemistry in Ireland. 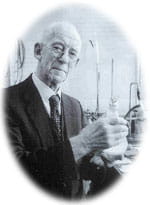 Professor Cocker (1908-2007) was instrumental in establishing the Irish Section of the Society of Chemical Industry in 1947. The award named in his honour will be for the best paper or patent on a topic of relevance to industrial chemistry, where the main author is a PhD or BSc student in Ireland, and is a member of the society.