SCI's America International Group will award the Perkin Medal to Ronald Breslow, S L Mitchill Professor of Chemistry and University Professor at Columbia University. The award will be made at the Perkin Medal Dinner, now in its 104th year, during Innovation Day 2010 at Chemical Heritage Foundation (CHF) in Philadelphia on 23 September 2010. Innovation Day gathers more than 200 scientific leaders from the chemical and molecular science industries to discuss cutting edge research.

'Ron Breslow combines brilliance in research with great effectiveness in telling the story of the achievements of chemistry to all who will listen,' said Sunil Kumar, President and CEO of International Specialty Products. 'He is the central architect of two major areas of research: biomimetic systems and nonbenzenoid aromatic chemistry. His work offers promise of important breakthroughs in the fight against cancer by modulating gene transcription in cancer cells.'

Breslow is the author of about 400 publications, including a widely acclaimed 1996 book, Chemistry Today and Tomorrow: The Central, Useful, and Creative Science. In addition to numerous honors and awards, he holds the National Medal of Science, the Othmer Gold Medal and has been named one of the top 75 contributors to the chemical enterprise in the past 75 years. He is an accomplished pianist whose public repertoire extends from popular songs to improvisational jazz.

About the Perkin Medal
The award is recognised as the highest honor given for outstanding work in applied chemistry in the United States. It commemorates the discovery of the first synthetic dye (the so-called Perkin mauve) by Sir William Henry Perkin in 1856. This discovery was a significant step forward in organic chemistry that led to the birth of a major segment of the chemical industry. The Perkin Medal was first awarded to Sir William at a banquet held by SCI in New York in 1906. Since then, more than 100 such awards have been given to notable scientists.

About SCI
SCI is a unique international forum where science meets business on independent, impartial ground. Anyone can join where they can share and exchange information, ideas, new innovations and research and access SCI’s growing database of member specialists between sectors as diverse as food and agriculture, pharmaceuticals, biotechnology, environmental science and safety. Originally established in 1881, SCI is a registered charity with members in over 70 countries. For more information on SCI activities and publications, publications, click here. 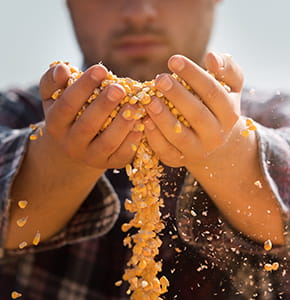