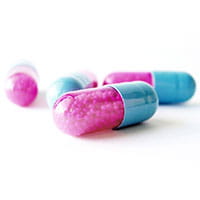 On Tuesday 25 October 2016 SCI’s Evening Lecture looks into the science behind food regulation and the uncertainty of observations in biological science. The lecture, delivered by Sir Colin Berry, Emeritus Professor of Pathology, Queen Mary, University of London, will explore the quality and reproducibility of the science that underpins public health decision making and the subsequent perceived public health risks.

Uncertain science: uncertain regulation?
In a society filled with a plethora of media platforms and news updates delivered to our fingertips, it can be difficult to filter real, valid information, from that without substance behind it. In 2012, Begley & Ellis reported that just 6 in 53 ‘landmark’ papers in oncology were reproducible, even with co-operation from the original authors2. So when it comes to science, how should we or can we interpret what we read?  And importantly, how do regulators verify the science behind public health policy?

In this lecture, Sir Colin Berry will examine the interface between science and policy, with particular regard to the environment and dietary health. There have been growing concerns in recent years over experimental reproducibility of research and its importance in identifying human health hazards, such as carcinogens. Inadequately investigated associations that form the basis for speculative therapeutic or dietary interventions, have far reaching consequences for public health, including a generation of anxiety (around certain foods) without sound justification3. This lecture will explore the difficulties of regulation, the scientific methodology and issues to be resolved. Post-Brexit this will be more important than ever for UK policy makers and consumers.

About the Speaker
Sir Colin has served as a member of a number of regulatory committees, including the UK Committee on Safety of Medicines and was Chairman of the Advisory Committee on Pesticides in the UK for 10 years. He is a former member of the Medical Research Council of Great Britain and was elected to the German Academy of Sciences (Deutsche Akademie der Naturforscher Leopoldina) in 1993 and made Knight Bachelor in the Queen’s Birthday Honours List in the same year, for services to Medicine and Science. In 2005, he was made an Honorary Fellow of the German Pathological Society and of the British Toxicology Society.