2016 is proving to be an extremely busy year for the SCI Scotland Group, with awards, activities and events taking place almost every month throughout the year. 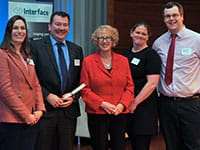 As part of SCI'‘s Strategic Mission, SCI has pledged to foster innovation through networking and distributing knowledge. In February the SCI Scotland Group demonstrated their support of innovation by sponsoring the Innovation of the Year award at the 2016 Scottish Knowledge Exchange Awards. These awards, hosted by Interface - the knowledge connection for business linking companies with academics in Scotland - took place in Edinburgh and were attended by SCI Scotland Group Chair, Tiffany Wood. SCI awarded the runners up in the Innovation of the Year award (Ivan Wood & sons) by offering them free one-year SCI membership, along with their academic collaborator, Dr John Wilkin from the University of Abertay. 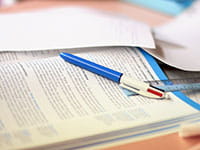 At the end of March, the Group ran their first PhD student competition. Eighteen applicants competed for twelve free (one year) SCI student memberships and the promise of an introduction to senior academics and industry contacts working in Scotland. As part of the selection process, the candidates were asked to submit a short article describing their PhD research project and its relevance to the SCI strapline ‘where science meets business’. The judging panel are currently considering applications and we are looking forward to announcing the winners soon. 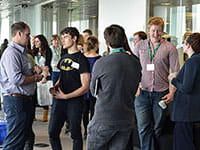 Following on from the successful Day of Science and Careers Scotland event held in Aberdeen in June 2015, on 31 May the Scotland Group will hold its second Day of Science and Careers event. This event will fulfil another SCI Strategic Mission - to support members‘ careers through training, development and employment opportunities. This year‘s event will take place in Glasgow at the University of Strathclyde and features the theme ‘Made in Scotland - applied research and manufacturing’. This event has had a record sell-out, being booked out over two months prior to the event. It has proved so popular that SCI is operating a waiting list and continuing to garner interest on a daily basis. SCI's Scotland Group look forward to bringing you a full event report later in the year. 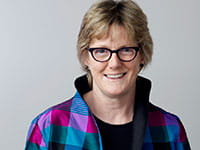 On 8 June, the SCI Scotland Group will be holding their prestigious Lister Memorial Lecture. Established in 1944, the Lister Memorial Lecture is named after Sir Joseph Lister, the British surgeon who first introduced antisepsis into hospital routine and pioneered the field of bacteriology in the late 19th century, and is one of Scotland‘s most prestigious awards. We are delighted that the 2016 Lister Memorial Lecture will be presented by Professor Dame Sally Davis, Chief Medical Officer for England and Chief Medical Advisor to the UK Government, at the Royal Society of Edinburgh. Dame Sally will address the global problem of antimicrobial resistance, setting out why it is such a problem now and the challenges that mean there is no easy solution. She will look at the international achievements to date and look ahead to the action needed. After the lecture Dame Sally will be presented with the Lister Memorial Medal in recognition of the work she has done at the interface of chemistry and medicine. Please note - this event also had a record sell-out - but do not worry if you were not able to get a ticket as the lecture will be recorded and published on the SCI website.

In the afternoon, prior to the Lister Memorial Lecture, the SCI Scotland Group is planning, with assistance from the RSE Young Academy of Scotland (YAS), an interactive afternoon of exhibitions and interactive sessions on the subject of antimicrobial resistance. Fulfilling another of SCI‘s strategic missions to contribute to the public understanding of science, the event will be run by leading members of Scotland‘s scientific community. There will be a range of exhibits on offer from introducing bugs, their growth and resistance, to displaying and showcasing some of Scotland's latest technologies in the field. In addition to these exhibitions, there will be a one-off workshop on 'Exploring Stakeholder Perspectives in Antimicrobial Resistance.' There will also be an expert panel debate, offering up the chance to hear from some of Scotland's distinguished leaders within Antimicrobial Resistance. We are lucky enough that Dame Sally will also be contributing to the debate. There are still spaces at this event so if you are interested, please book on the link below.

EastCHEM (the joint Chemistry Research School of the Universities of Edinburgh and St Andrews) will be holding an inaugural conference for early career researchers in August to showcase postdoctoral/early-career research within EastCHEM, and will aim to create new, multidisciplinary collaborations between the universities. The SCI Scotland Group is delighted to have been asked to be involved and will be sponsoring the prizes at this event. We are also excited at the possibly of working more closely together with EastCHEM in the future - so watch this space for announcements of joint events!

The Group will hold its AGM on 5 September at the University of Aberdeen and are planning to hold a series of talks with an energy theme directly afterwards. SCI Scholars Paul Brack (tbc) and Angelica Orsi will speak on energy fuel cells and carbon capture storage respectively. Further details will be announced soon, but in the meantime, make sure you add the date to your diaries.

Later in the year, the Scotland Group will be exhibiting at Science and the Parliament, the biggest annual gathering of the scientific and policy-making communities in Scotland, so make sure you visit them there.

The Group are now looking ahead to next year and are planning events for 2017. 2017 will see the return of Day of Science and Careers Scotland with the venue currently being finalised. If you are not able to attend the 2016 event, please make sure that you book in early for the 2017 event so we can guarantee you a space! We are looking forward to seeing what other events and activities the Scotland Group has in the pipeline. Make sure you check the Scotland Group webpages (see link below) for future updates.