We use cookies to ensure that our site works correctly and provides you with the best experience. If you continue using our site without changing your browser settings, we'll assume that you agree to our use of cookies. Find out more about the cookies we use and how to manage them by reading our cookies policy.
Hide
Careers
■ ■
01 July 2021

From genome mining and green synthesis, to tackling tuberculosis and computational methods to help cure malaria, the chemists of tomorrow have been busy showcasing their talents as part of the Society of Chemical Industry Young Chemists Panel’s National Undergraduate Online Poster Competition 2021.

A snapshot of these students’ talents is bottled below in their own words. So, which one of these 15 entries do you think contains the most potential?

Natural products have always had a privileged place in drug development programmes, but their discovery is long and tedious. Genome mining arises as a solution allowing the finding of compounds never seen before. Using an array of bioinformatic softwares, the myxobacterial genome was explored for new Ribosomally and Post-Translationally modified Peptides (RIPPs). Myxobacteria are soil-dwelling bacteria known for the number of secondary metabolites they produce, and they have proven to hide many more within their genome. Indeed, our analyses have led to the potential discovery of nine new myxobacterial natural products. The nature and class of these products is to be confirmed by biosynthesis in the laboratory.

Lanthanides were thought to be biologically irrelevant until the discovery of bacteria containing the lanthanide-dependent methanol dehydrogenase (Ln-MDH) enzyme. There has been interest in exploiting the attractive properties of the lanthanides by the de novo design of artificial proteins, aiming to explore protein structures and functions not observed in biology. Here, a lanthanide-binding peptide, CS1-0, has been designed de novo and shown to bind to europium and pyrroloquinoline-quinone (PQQ), a key component of the Ln-MDH active site. This partial recreation of a biologically relevant lanthanide binding site is a step towards the ultimate goal of de novo design, to create functional artificial metalloproteins with simplified structures.

3: Template-directed synthesis of porphyrin nanorings: a computational and experimental study

Template-directed synthesis provides a route to achieve porphyrin nanorings by favouring ring-closure reaction over oligomerisation. A structurally new template with 12 binding sites has been proposed for the synthesis of novel porphyrin rings; however, initial unsuccessful reactions have raised questions about the binding efficiency of this template to the linear substrate. We have employed classical and quantum modelling together with experimental techniques to explore template-substrate binding in solution and shed light on this process. Titration experiments and modelling have enabled us to study the occupancy of different binding sites and quantify the influence of strain on binding, further guiding novel designs.

Hydrocyanation offers an orthogonal route to synthetically ubiquitous amines. Current hydrocyanation methodologies are dominated by the use of acutely toxic hydrogen cyanide gas and transition metal catalysts. Here the application of main-group catalysis and transborylation is reported for the formal hydrocyanation of functionalised alkenes. The catalytic protocol was optimised and applied to a broad range of substrates (20 examples), including examples where chemoselectivity was demonstrated in the presence of reducible functionalities and Lewis basic groups. Mechanistic studies support a proposed catalytic cycle in which B–N/B–H transborylation was a key to catalyst turnover. 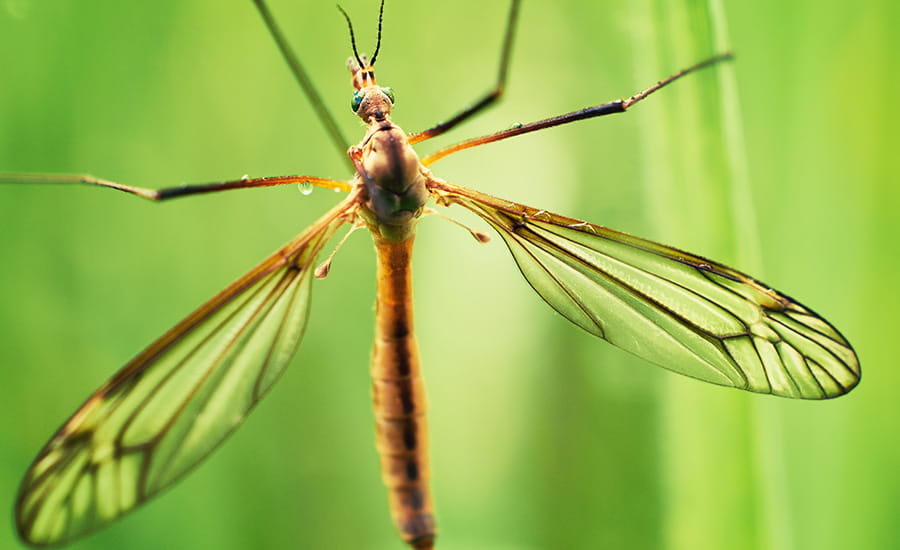 Students at the University of Glasgow have used computational analysis to help tackle malaria.

5: Investigation of the structure-property relationship between hydrophobicity and the antimicrobial activity of AMP-mimic copolymers

Antimicrobial peptides are increasingly employed as new-generation antibiotics, with their amphiphilic nature (contain both hydrophobic and cationic components) mimicked by polymers to enable a more cost-effective approach. However, there is a lack of a quantitative pre-experiment indicator to provide a prospect on their potency. The overall hydrophobicity represented by LogP/SA was proposed to rapidly identify candidates in future designing to reduce synthetic efforts. We show a comparison study between two computational tools used to calculate LogP/SA: ChemBio3D and Materials Studio, in terms of the predictive power and sensitivity, followed by the synthesis of copolymers with a different cationic side chain based on the calculation results.

Traditional small molecule therapeutics in medicinal chemistry often require high doses to inhibit the target protein, leading to issues with safety and drug resistance. Proteolysis targeting chimeras (PROTACs) are a new class of molecule that combat these issues, as they can use the body’s own protein degradation systems to degrade targets even at low drug doses. Virus-targeting chimeras (VIRTACs) can use a similar mechanism to target viral proteins. This project uses molecular docking studies to explore potential VIRTAC warheads that target the papain-like protease of SARS-CoV-2, in an attempt to find a potential treatment to COVID-19 that would, among other benefits, offer a lower risk of antiviral resistance.

Tuberculosis remains one of the top 10 causes of death worldwide, therefore there exists an unmet clinical need for new and improved therapeutics that tackle increasing bacterial resistance and affordability issues. Previous studies indicate N-substituted amino acid hydrazides exhibit good activity against several strains of Mtb. Ongoing structure-activity relationship studies utilising isoniazid, a variety of amino acids, and the active imidazo[1,2-a]pyridine-3-carboxy moiety of clinical candidate Q203 have also demonstrated excellent activities. Herein we report the results of our continued evaluation of this architecture, using a scaffold hopping approach to explore the potential of this pharmacophore as a new anti-tubercular drug.

8: Towards a cure for malaria: computational analysis and design of PfCLK3 inhibitors

Malaria continues to pose a significant challenge to humanity. Resistance to several frontline antimalarials represents a considerable threat, marking the need for new drugs with novel mechanisms of action. Kinase inhibitors represent a potential new class of antimalarials. TCMDC-135051 is a hit compound with activity against malarial kinase PfCLK3 as well as potency in liver, blood and sexual stage parasites. During this project, sequential analysis of the PfCLK3 catalytic domain identified key structural differences between the target and its human orthologs. Molecular docking studies of TCMDC-135051 analogues using GOLD then yielded potential lead compounds with predicted high affinity for the target kinase.

The synthesis of metal chelating molecules, specifically hydroxypyridones (HOPOs), have been identified as potential therapeutic agents for treating Parkinson’s Disease (PD) as bidentate ligands at the two oxygen donor atoms. These ligands are selective for ferric iron in the body, which is expected to stop the reduction of this iron accumulated in the brains of PD sufferers, hindering the Haber-Weiss mechanism from taking place in the mitochondria of the cell and preventing the associated degeneration of the cells. The lipophilicity of these HOPOs is vital to the process, allowing the molecule to transverse the blood-brain barrier, the addition of a triphenylphosphonium group on the HOPO is thought to increase therapeutic effect. 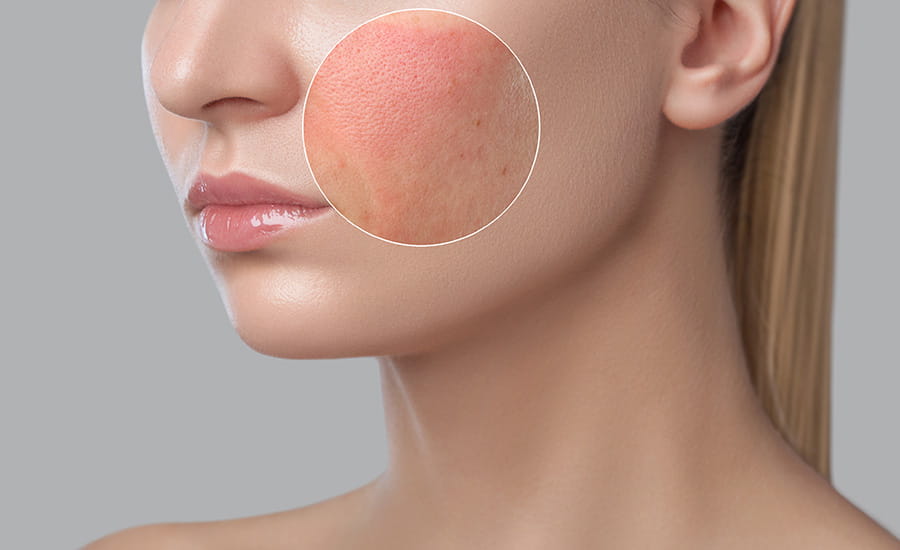 At Heriot Watt University, students have investigated the skin irritation potential of nanoclays using an IATA

The aim of this project is to develop a short synthesis of N-acetylcolchinol using a greener and step-economical pathway. First, aldol condensation of 3-hydroxyacetophenone and 3,4,5-trimethoxybenzaldehye using ethanolic NaOH produced the respective chalcone. The product was reduced electrochemically in DMSO:MeOH (4:1) employing carbon electrodes and NEt4Cl to the saturated benzylic alcohol, which was converted to an acetamide via Ritter reaction using H2SO4 in MeCN. In the final step, the conditions were optimised to enable electrochemical oxidative coupling of the aromatic groups to give the desired N-acetylcolchinol. This novel four-steps reaction sequence avoids use of transition metal catalysts or toxic reagents.

12: Towards the synthesis of small-molecule probes to measure endosulfatase activity

Human endosulfatases (SULFs) are enzymes on the cell surface and in the extracellular matrix that hydrolyse 6-O-sulfate on glucosamine units within heparan sulfate proteoglycans. SULFs are involved in growth and development, muscle regeneration and tumour growth via various signaling pathways, with untapped therapeutic and diagnostic potentials. However, profiling SULFs remains a challenge. Antibodies detect their presence, but do not indicate their activity state. The current activity assay is a global sulfatase assay and is not selective in a biological sample. We propose a novel small-molecule probe to profile SULF activity by exploiting the formation of 1,6-anhydrosugar, which can be potentially used in isolated proteins and in vitro.

Solubility parameters are important for pharmaceutical formulations, paint formulations and new material development. There is a need to improve the accuracy of solubility calculations, and to be able to make rapid predictions of the solubility of new molecular structures. In this project, a range of Python plugins, and open-source codes have been used to develop a Lasso linear regression machine learning model to predict the Hansen solubility parameters (HSP) - δd, δp and δh, which represents dispersion forces, dipole-permanent dipole forces and hydrogen bonding respectively with the intention of making faster and more accurate prediction in solubility.

This research considers computational modelling of a SPAAC reaction involving cyclononyne. DFT calculations were performed on the strain promoted reaction between cyclononyne and mesyl azide. Three low energy conformers of cyclononyne with Cs, C2 and C1 symmetry were found with similar energy. The transition structures for the corresponding cycloaddition with mesyl azide were found and the C2 conformer was the lowest in energy. Product structures were found leading to the identification of the thermodynamic product of the reaction. Distortion/interaction analysis showed that the cycloalkyne was already significantly pre-constrained to its reacting geometry.

15: The assessment of skin irritation potential of nanoclays using an IATA

Clays are natural nanomaterials consisting of mineral silicate layers. They have several functional uses in everyday life. An example of nanoclays that carry out a wide range of roles is smectites which include montmorillonite (MMT), bentonite and hectorite. These nanoclays can be used in cosmetics, altering their appearance and in pharmaceuticals as drug carriers and wound dressings. Integrated approach to testing and assessment (IATA) aim to collect all relevant data into one easy to understand format that can be used to group materials. Using an IATA dedicated to skin irritation/corrosion it was found that MMT was safe for use. However, hectorite was found to be toxic at high doses indicating that it is a possible irritant to the skin.

Many thanks to the sponsors of this year’s competition: GSK, AstraZeneca, TeledyneIsco. The event runs until 9 July, so let us know what you think of the entries on Twitter at #SCIPosterComp.