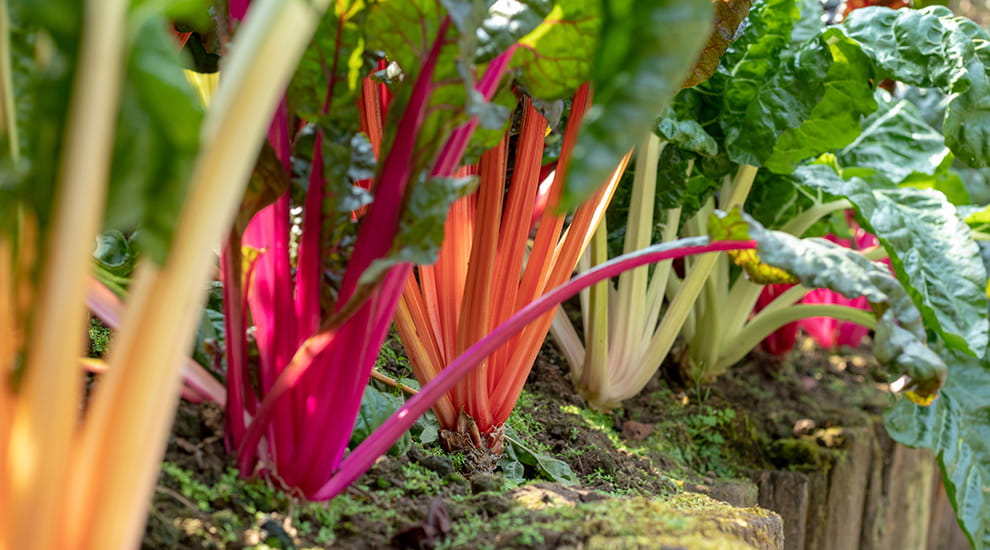 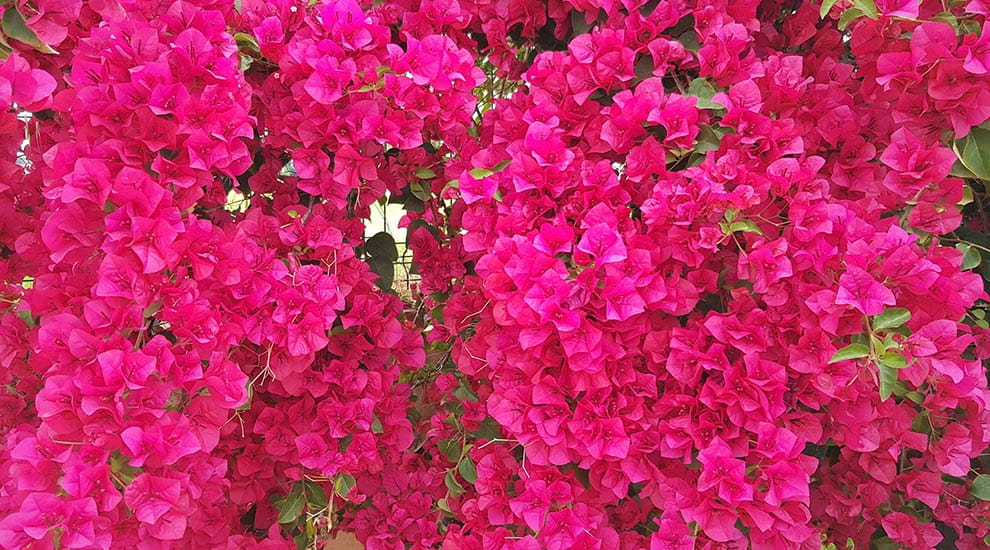 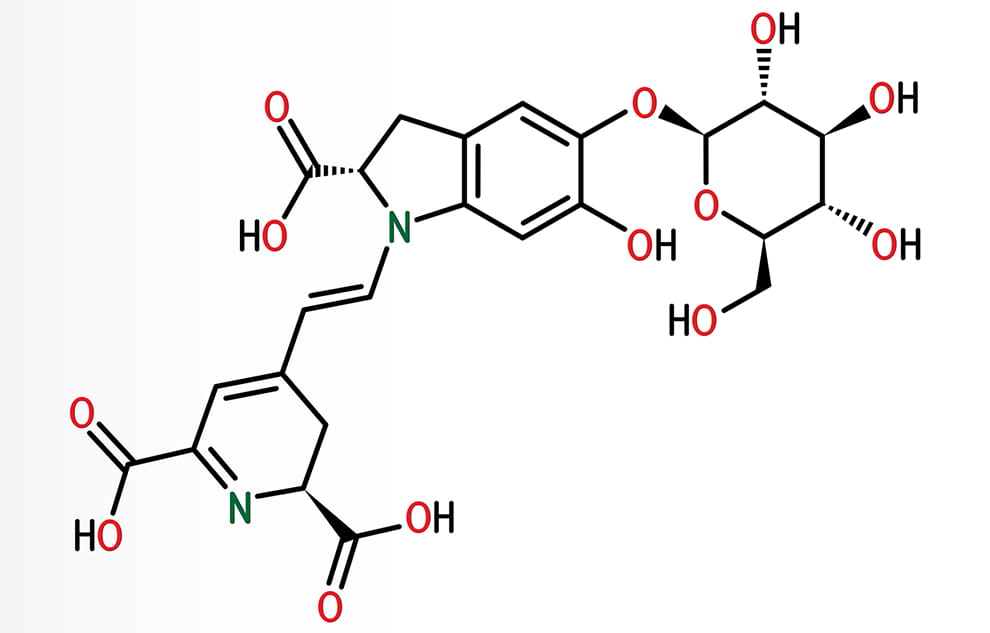 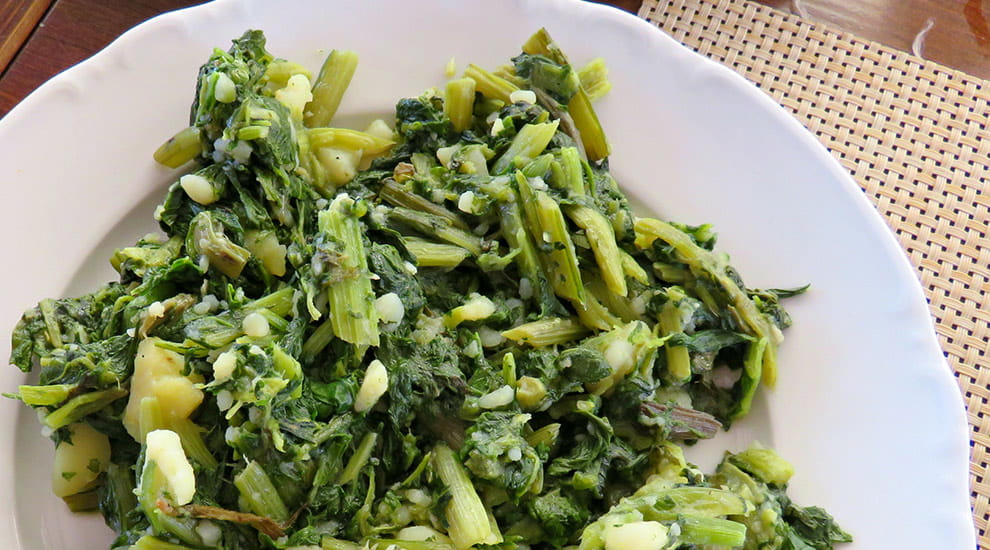 What gives strawberries their smell, and how many do we eat?

Which molecules give strawberries their distinctive smell, how are experts using different types of light to grow them all year round, and just how many of them do we eat? The SCI Horticulture Group told us all about this beloved fruit ahead of their appearance at BBC Gardeners’ World Live in Birmingham from 16-19 June.

Where did strawberries originate?

The woodland strawberry (Fragaria vesca) was first cultivated in the 17th century, but the strawberry you know and love today (Fragaria x ananassa) is actually a hybrid species. It was first bred in Brittany, France, in the 1750s by cross-breeding the North American Fragaria virginiana with the Chilean Fragaria chiloensis.

The strawberry is a member of the rose family, as are many other popular edible fruits such as apples, pears, peaches, and plums. It is the most commonly consumed berry crop worldwide. 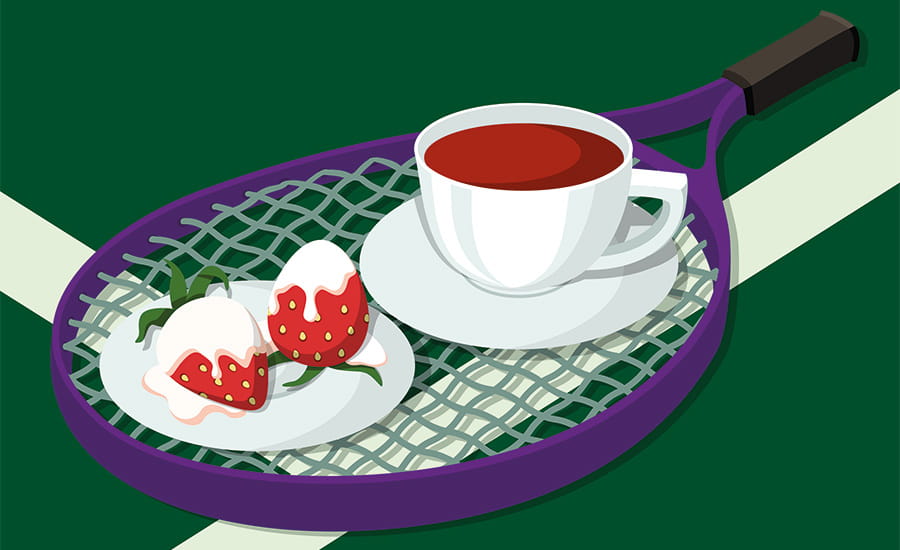 People in the UK consume an average 3kg of strawberries every year. Perhaps a certain sporting event has something to do with it…

How many do we eat?

A staggering 9 million tonnes of strawberries are produced globally each year, and their popularity certainly extends to UK shores, and not just during Wimbledon. In the UK alone, the average per capita consumption of strawberries is about 3kg a year!

Domestic strawberry production provides almost all the required fruit for the UK market from March to November; and in 2020, 123,000 tonnes of strawberries were produced within the UK.

This stands in stark contrast to the 50,000 tonnes produced in 1985, when UK strawberries were only produced during June and July. Researchers are currently trying to extend the UK growing season to all year round. 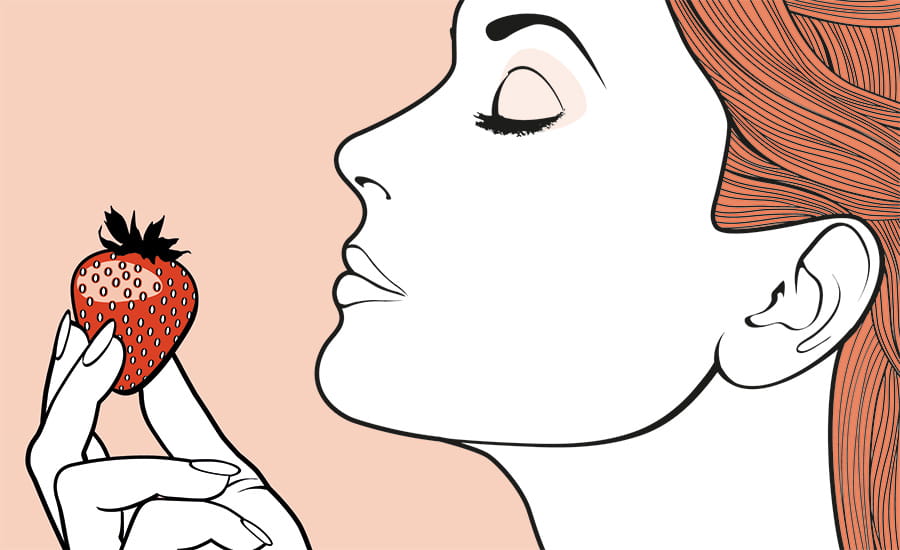 She certainly likes the smell of strawberries, but what gives them that distinctive aroma?

What about the chemistry of their distinctive smell?

The characteristic strawberry aroma consists of many different volatile organic chemicals – more than 360 have been observed in fresh strawberries. Which molecules are present, and in what concentrations, depends on the particular cultivar and how mature or ripe it is.

The most common kinds of chemical are furanones and esters. Esters (such as methyl butanoate) account for more than one third of the observed molecules and 25–90% of the volatiles from any one cultivar.

These molecules are responsible for the fruity and floral notes of the aroma. The most characteristic furanone that gives rise to the characteristic strawberry odour is DMHF. 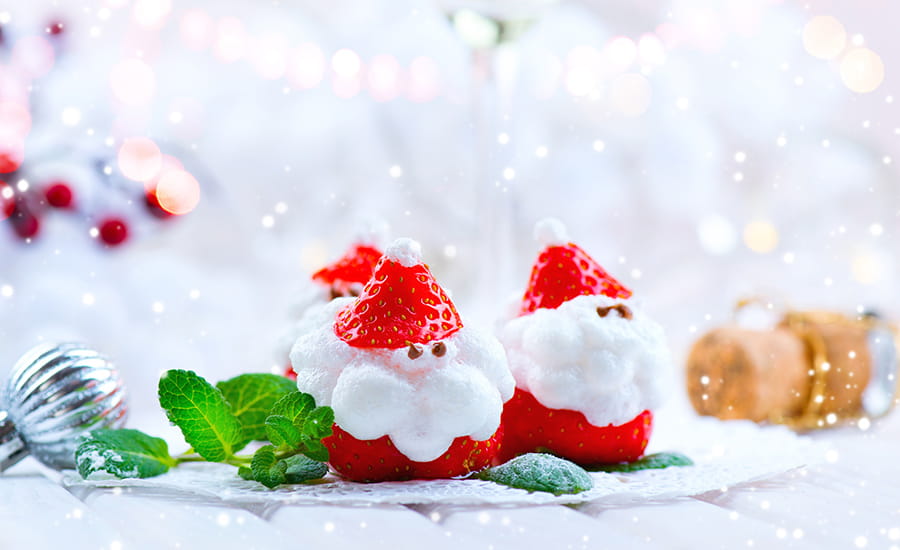 Pictures like this only increase demand for strawberries out of season.

How to produce strawberries all year...

To optimise strawberry growing conditions, researchers are investigating the influence of temperature, photo-period (response to daily, seasonal, or yearly changes in light and darkness), growth hormones, night-break lighting and CO2 enrichment on flowering and fruiting timing, yield, and quality.

Optimal chilling models are also being developed for both June-bearers and ever-bearers. Critically, a careful and detailed evaluation of the environmental and economic costs of producing winter UK strawberries compared to imports is being undertaken.

Extending the growing season in the UK would have a number of benefits, such as; meeting the increasing demand for out-of-season strawberries while increasing food security, reducing food miles, contributing to public health, providing continued employment, and supporting sustainable farming.

>> Are you a keen gardener? Our resident gardening expert, Geoff Dixon, provides plenty of gardening tips for you on the SCIBlog.

The nutrient content of strawberries is dependent in part on the plant’s growing conditions. The interaction between light intensity and root-zone water deficit stress is being examined to improve berry nutrient content. Researchers are also investigating how to apply this to commercial strawberry production in total environment-controlled agriculture systems.

See how a college in Finland is harnessing LEDs to power a vertical strawberry farm!

Additional green LEDs, which appear white, improve visibility for workers. These lights can also penetrate deeper into the plant canopy, improving photosynthesis. Far-red light produces shade avoidance responses such as canopy expansion and earlier flowering, which can be beneficial for increased light capture and earlier fruiting. 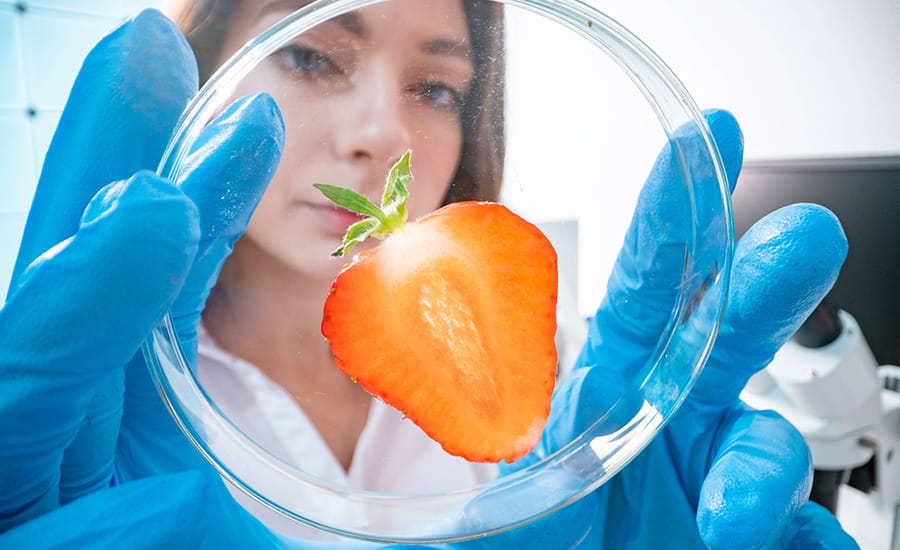 Who is carrying out strawberry research in the UK?

The Soft Fruit Technology Group at the University of Reading is just one of the institutions providing research to support the UK strawberry industry. The main areas of research are plant propagation, crop management, and production systems.

From 16-19 June, the SCI Horticulture Group will tell the public all about the hidden chemistry behind their favourite fruit and vegetable plants at the National Exhibition Centre in Birmingham for BBC Gardeners’ World Live. If you’re curious to learn all about strawberries, chillis, and chard, pop by and say hello!

>> Written by The SCI Horticulture Group. Special thanks to Neal Price from Chillibobs, Martin Peacock of ZimmerPeacock, Hydroveg, and The University of Reading Soft Fruit Technology Group for supporting the work of the SCI Horticulture Committee at BBC Gardeners’ World Live.

Do supplements feed our imagination?

Watching plants grow in a hydroponic contraption is an education. The plants sit in foam under UV light while their roots feed on water fortified by plant feed. There is no soil. No thirst. No room for death by lazy gardener. The results, as any hydroponic enthusiast will tell you, are startling.

So, what if we were to adopt this targeted, optimised approach to our own nutrition? What would happen if he were to ditch that delicious Sunday roast in favour of a shake that contains all the vitamins and minerals your body needs? Admittedly, it sounds terrible, but people do something similar already. Many gym obsessives take protein shakes religiously to feed their bodies’ impressive musculature, while others skip meals entirely in favour of such drinks and supplements. 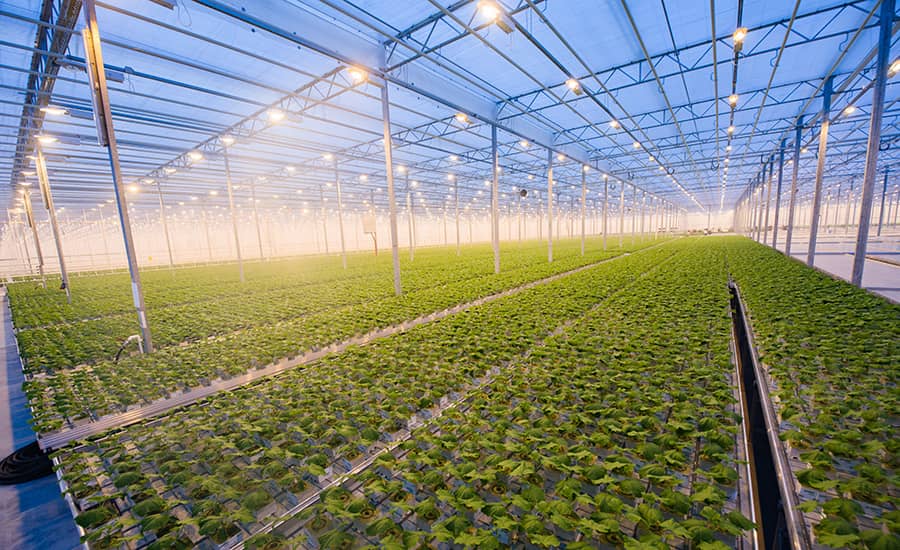 A recent study conducted by the Cherab Foundation, which featured in the Alternative Therapies journal, concludes that nutritional supplements may also help boost our brain function. After giving 77 people a vitamin and meal replacement product called IQed Smart Nutrition, the researchers from the non-profit organisation found that the supplement boosted brain function in a range of areas and could help people with autism, apraxia, and ADHD.

Almost 84% of participants reported deficits in speech and communication prior to taking the nutritional supplements. After taking the product, more than 85% said their expressive speech had improved while 67% of respondents reported improvements in other areas including focus, language understanding, oral motor skills, and physical and behavioural health.

Overall, 64% of participants reported positive changes within two weeks. According to the Cherab Foundation, the research aims “to guide future research into the dietary interventions and potential management of neurological conditions using natural food products, vitamin and mineral supplements”.

So, what ingredients are in the supplement-infused chocolate shake that will replace the wood-fired pizza you’re due to have next Friday evening? According to IQed, its powdered chocolate offering contains everything from brown rice, apple fibres, turmeric, and green tea, to copper gluconate, amalaki, cayenne pepper, and chia seeds. 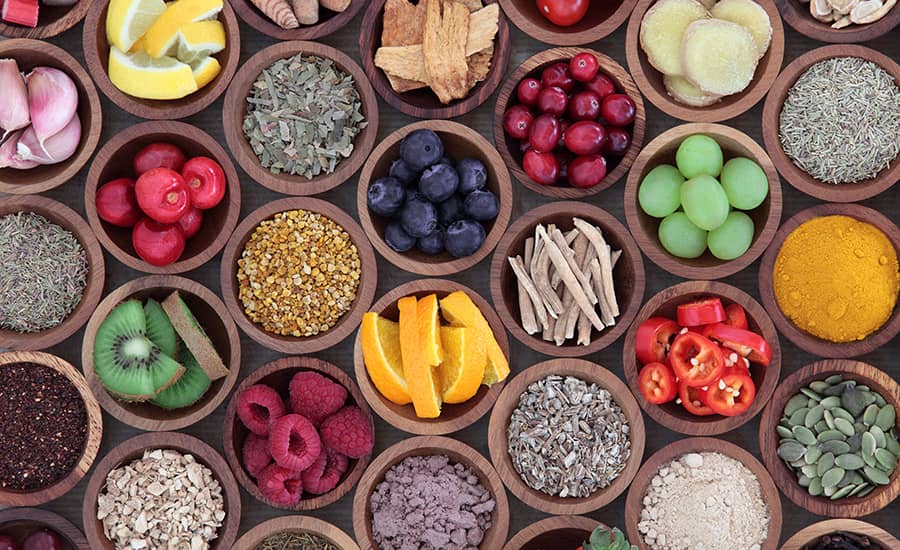 Turmeric, cayenne pepper, and chia seeds have hopped onto the superfood bandwagon in recent years.

Some will dismiss these supplements as hocus-pocus, but the potential benefits of optimised nutrition are exciting nonetheless. If some wince-inducing elixir makes us healthier, stronger and live longer, perhaps it’s worth investigating further?

The Cherub Foundation works to improve the communication skills, education, and advocacy of children on the neurological spectrum. To read more about its study, visit: https://pubmed.ncbi.nlm.nih.gov/32088673/