The Julia Levy Award – who is the woman behind the award?

Do you know how the Academy Awards came to be named the Oscars? What about the story behind the Nobel prize? Behind every award name there is a story, and the Julia Levy Award is no exception.

On the face of it, the Julia Levy Award is about innovation in biomedical applications, but it is the stories of the winners of this SCI Canada award, and Julia Levy herself, that really give it life.

But for a tweak of history, Julia Levy may not have ended up in Canada at all. Born Julia Coppens in Singapore in 1934, she moved to Indonesia in her early childhood. Her father uprooted the family during the Second World War and she left for Vancouver with her mother and sister – her father only joining them after release from a Japanese prisoner-of-war camp. 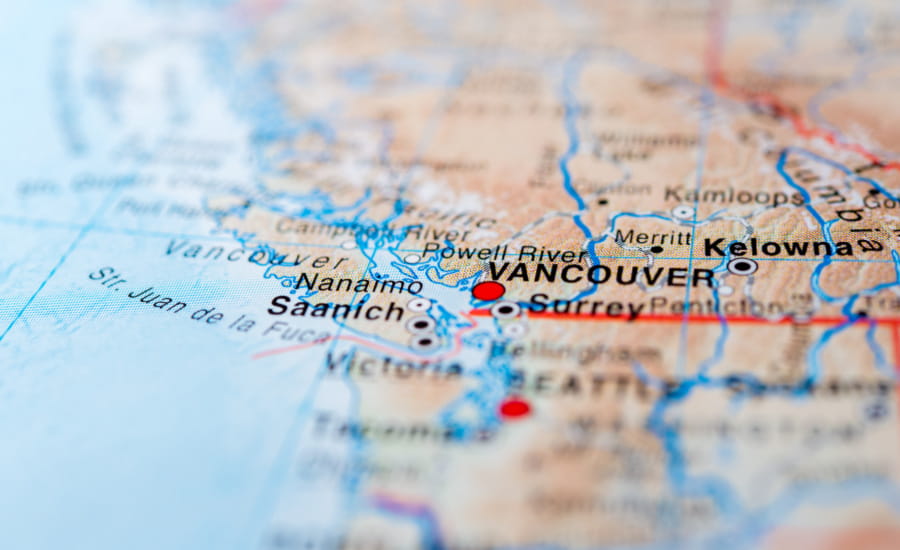 Julia and her family moved to Vancouver during the Second World War.

After studying bacteriology and immunology at the University of British Columbia (UBC), the young Julia received a PhD in experimental pathology from the University of London. She went on to become a professor at UBC and helped found biopharmaceutical company Quadra Logic Technologies in 1984.

More important than confining her achievements in cold prose, Julia Levy’s work made a profound difference to people’s lives. She developed a groundbreaking photodynamic therapy (PDT) that treated age-related macular degeneration – one of the leading causes of blindness in the elderly. She also created a bladder cancer drug called Photofrin in 1993 and, according to Neil and Susan Bressler, the Visudyne PDT treatment created by Julia and her colleagues was the only proven treatment for certain lesions.

Levy thrived in the business space too, serving as Chief Executive Officer and President of QLT from 1995 to 2001. She has since won a boatload of awards for her achievements, but sometimes the best testimonies come from those who have been inspired by her achievements.

For Helen Burt, winner of the 2022 Julia Levy Award and retired Angiotech Professor of Drug Delivery at the University of British Columbia (UBC), Julia has been an inspiration. Here was this UBC professor who jointly founded this big, exciting company – creating medication that improved people’s lives and showing her what was possible.

Helen, an English native, moved to Vancouver in 1976 for her PhD and loved it so much that she stayed. As a professor at UBC, Helen would become a trailblazer in drug delivery systems – a field pioneered earlier by Julia Levy.

‘I was a new assistant professor when she was building Quadra Logic and I would go to talks that she gave,’ Helen said. ‘Essentially, the early technology for QLT was a form of very sophisticated drug delivery [...] It was getting the drug they developed into the eye and irradiating it with light of a specific wavelength.

‘It was very, very targeted. And so, you didn’t get the drug going elsewhere in the body and causing unwanted side effects. So her technology was a form of very advanced drug delivery technology.’ 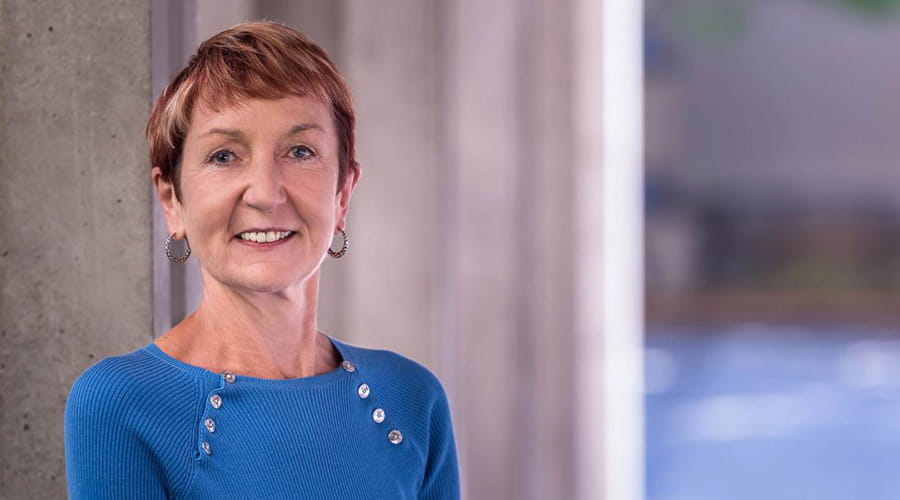 ‘For me to win an award that honours Julia Levy and her achievements – I think that's what makes it so special to me.’ – Professor Helen Burt, a former student of Julia Levy, is the Award's most recent recipient.

These talks chimed with the young Helen. If a microbiologist could develop this kind of technology, what was stopping her from developing her own?

She, too, became a pioneer in her field, developing nanoparticle-based drug delivery systems (including those to treat cancer) and a novel drug-eluting coronary stent. According to Professor Laurel Schafer, who put Helen forward for the Julia Levy Award: ‘[Helen] was a trailblazer in new approaches for drug delivery and in research leadership on our campus.’

Professor Schafer is a hugely accomplished chemist in her own right; and the University of British Columbia chemistry professor’s achievements in catalysis discovery were recognised with the LeSueur Memorial Award at the 2020 Canada Awards.

Julia Levy provided an inspiration to Laurel too, in her case as an exemplar for what Canadian chemists could achieve. ‘The achievements of Julia Levy show that it really can be done right here in Canada, and even right here in British Columbia,’ she said. ‘I grew up in a Canada where I believed that better was elsewhere and our job was to attract better here – a very colonial attitude. 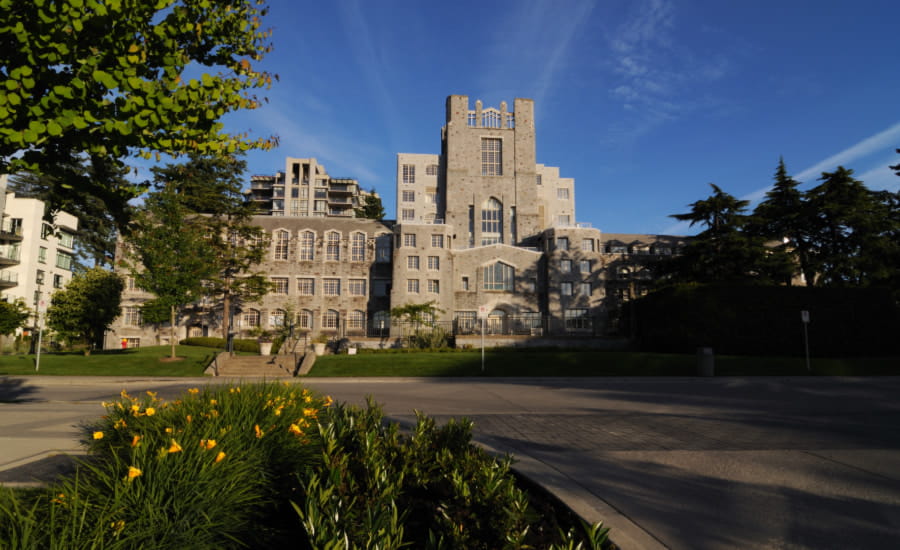 Julia studied at and later became a Professor at the University of British Columbia – the campus is pictured above.

‘I now believe and know that better is right here. Professor Levy’s work showed that world-leading contributions come from UBC and from the laboratories led by women.’

She noted that the Julia Levy Award acknowledges Canadian innovation in health science, whereas Canadian chemistry has historically focused on process chemistry in areas such as mining and petrochemicals.

But Julia Levy’s influence permeates beyond science. ‘Julia is one of those people who has been willing throughout her whole career – even now, well into her eighties – to give back to the community,’ Professor Burt says. ‘She mentors, she coaches, she sits on the boards of startup companies, and she advises.’

‘She’s just got this incredible amount of knowledge… She was the Chief Executive Officer [at QLT], so she learnt all of the aspects: the complex and sophisticated regulations, knowing how to find the right people to conduct clinical trials, and how to do the scale-up. She really is a legend in terms of giving back to the community. And this is not just in British Columbia – it’s Pan-Canadian.’ 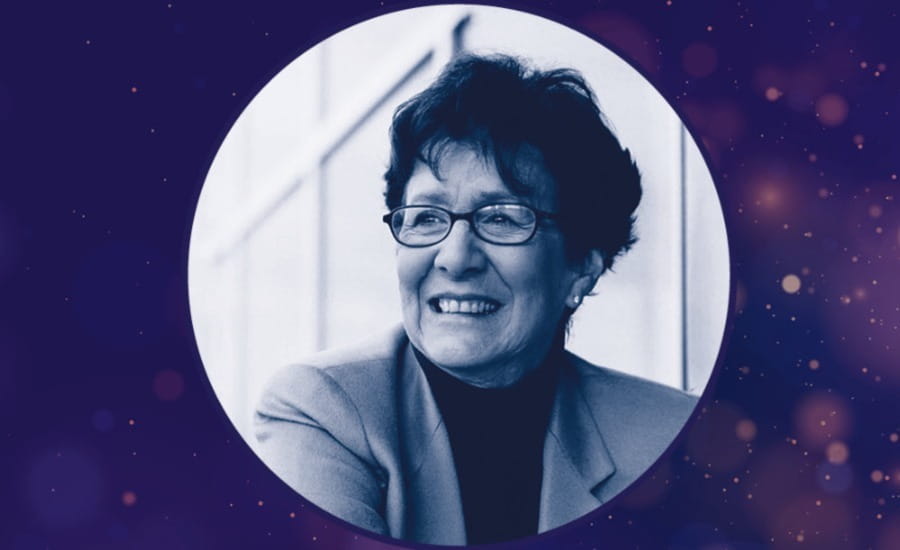 For young chemists, the Julia Levy in the Julia Levy Award may just be a name for now, but for those in the Canadian chemical industry and patients all over the world, her influence and her work resonate.

As Professor Helen Burt said: ‘For me to win an award that honours Julia Levy and her achievements – I think that's what makes it so special to me.’

>> For more information on the Canada Awards, go to: https://bit.ly/3VMwNKa