Paying by the rules 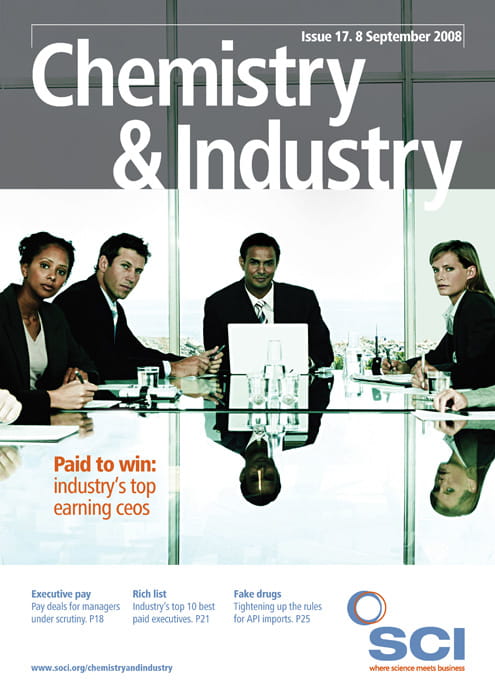 Back in 2003, GlaxoSmithKline went into UK corporate history as the first company in which investors voted down the remuneration report, in disapproval of the severance package proposed for chief executive Jean-Pierre Garnier. The package, which would have handed Garnier an estimated £22m on leaving the firm, was voted against by 51% of investors, with a further 10% abstaining from voting.

The debate about executive pay has raged in the UK since Cedric Brown’s 75% pay increase at British Gas in 1994. Whether it is large bonuses for executives, or expensive payoffs for individuals leaving after a period of unsatisfactory results, the publicity isn’t good. Surveys show that executive pay has grown substantially over the last decade, outpacing the growth in wages generally and creating a wealth gap which is unsettling for society, particularly now, as recession approaches.

In May 2008 the Financial Times reported a survey done by MM&K, a remuneration consultancy, and Manifest, a proxy voting company, which found a 287% rise in the average pay of FTSE 100 executives over the last decade. This compared with a rise in average UK earnings of 47%, and a rise in the FTSE 100 share index of only 15%.

However, pay in the UK is not the highest in Europe. That honour appears to go to French ceos, where a survey by Hay found that in 2007 ceos received an average of €5.9m compared with the UK’s €5.85m. These figures are, of course, dwarfed by executive compensation in the USA, which another study put at an average of about $14m.

Unintended consequences
There are several factors underlying this rapid rise in executive pay, many of which reflect the ‘law’ of unintended consequences. Back in 1995, after the furore about Cedric Brown’s pay and that of the bosses of all the privatised utilities, the Greenbury Study Group was set up to consider what should be done about executive remuneration. One of its recommendations, brought into listed company regulations almost immediately, was that full disclosure should be made of details of individual directors’ pay, including salary, bonus and sharebased incentives.

Perhaps the thinking behind this was that full disclosure would shame people into taking lower pay rises. In fact, the effect appears to have been the opposite. Once executives could see how much their peers in other companies were earning, this became a benchmark that had to be beaten – and as everyone wanted to earn more than the average, the mathematical inevitability was an accelerating rise in pay.

Another unintended consequence came from the demand that awards should be justified on grounds of performance. This was written into regulation: the Combined Code, which governs UK listed companies, requires that a ‘significant proportion’ of executive pay should be performance-related, linking rewards to corporate and individual performance.

Again, such a requirement is very reasonable, and packages now commonly include shortterm and long-term incentives. However, once a proportion of pay is at risk, executives can reasonably ask for the overall package to be higher – balancing increased risk with the potential for more reward. This, together with a ratcheting up of bonus awards to meet the levels disclosed by peers, led to a rapid and increasing rise in overall pay. Add to this some apparently unchallenging performance targets, and the escalation of compensation became significant.

Rewarding performance
Another example of regulation backfiring is in the US, where laws aimed at controlling executive pay actually had the opposite effect. Wishing to encourage the use of performance-related pay, rules were brought in to limit the tax-deductibility of any salary above $1m. Unfortunately, that had the general effect of increasing executive salaries to a level of $1m, as that was obviously the going rate!

A further rise in pay may have come from companies’ use of remuneration consultants to help devise their policies and packages. Such outsiders can be seen to legitimise the decisions of the remuneration committee, who might otherwise be accused of being too close to their executive colleagues. Research data are mixed in this area, but it appears that some companies using consultants have quite rich packages, more so than many companies not taking outsiders’ advice.

Performance-related pay is encouraged by regulators. It is believed to motivate good performance, and to prevent unearned and overlarge payouts.

But does money motivate? This is an issue that is debatable, particularly for executives at this pay level. My own research indicates that although some do feel motivated by the money, for many this is only a symbol of their achievement compared with their peers. As one ceo said, ‘If salaries for the average FTSE chief executive were half as much, then relative to each other, they would still be more concerned about that relativity than they would about whether it’s half.’

And if money does motivate performance, exactly what type of performance is it motivating? A well-designed remuneration package has to include measures and targets that specifically reflect the business’s position and strategy. Given the similarity of top companies’ pay packages, regardless of their industry, this seems unlikely.

For example, ‘long-term’ performance measures are generally calculated over a threeyear period. In many industries, three years is less than half a cycle, hardly ‘long term’. A recent report from credit rating agency Moody’s pointed out that pay schemes for executives in the US pharmaceutical industry are measured over ever-shorter periods, totally out of line with the business dynamics. And the same practices can be seen in UK and European pharmaceutical and chemical companies.

Taking the performance-related pay debate still further is a recent trend towards paying the directors of listed companies in highly-geared packages reminiscent of the rewards earned in private equity. Cable & Wireless is a prime example, with executives potentially able to earn an unlimited bonus for excellent performance. Other companies taking this route, albeit with lower potential payouts, include WH Smith, Next and Kingfisher.

The logic behind this is twofold. Firstly, many individuals who had been on the boards of listed companies have in recent years been lured into private equity, where the rewards are greater and the public scrutiny much less. Putting such reward schemes into the listed companies is intended as a retention device for them.

Paid by results?
A final thought on performance-related bonuses is that they often appear to be paid out even when the performance does not seem to justify such a bonus, with remuneration committees apparently stretching the rules to allow for ‘one-off’ adverse circumstances. (One-off windfalls are rarely treated the same way.) However, on this front the remuneration committee of BP recently set an example, ruling that no bonus payment would be made due to the company’s low performance relative to peers. Such behaviour by committees is to be applauded.

In recent months, several companies – including Royal Dutch Shell and GlaxoSmithKline – have awarded substantial ‘retention bonuses’ to executives who were passed over for promotion on the basis that these awards, which will pay off in a couple of years’ time, will ensure that these valuable employees stay with the company. Whilst one can see circumstances where this might be appropriate, investors are not best pleased with this growing trend and have voted against the awards.

Nor are investors happy with the continued trend to large payoffs. Over 15% of investors voted against the £5.3m pay-off and £21.7m pension proposed for Lord Browne when he left BP last year. Payments to executives who are leaving can hardly be considered as incentives, as there is nothing left to incentivise. And, given that these individuals have earned substantial amounts during their tenure, it seems odd that they need further reward.

There is additional consternation in cases where a poorly performing company becomes a takeover target, and this triggers a payoff for the directors who oversaw that poor performance. In these times of economic slowdown, more companies might find themselves in this position.

International regulation?
Although much of this article has focused on the UK, the issues have wider relevance. In recent months there has been much discussion by governments and regulators, a well as investor groups, which could led to sweeping changes in the European compensation landscape.

Significantly, in recent months, EU finance ministers have been quoted as saying that that executive pay is ‘scandalous’ and ‘irresponsible’. The French, currently holding the presidency of the EU, have suggested that a directive may be appropriate to curb pay, although there would be many practical difficulties in doing this.

It is easy to take pot-shots at remuneration practices. It is less easy to devise a pay policy that is fair to all parties and that can achieve everything required of it, without any adverse effects on the individual or the company. Regulators devising new laws may well realise that in due course, and it will be interesting to discover the unintended consequences of their actions.