Ahead of the herd 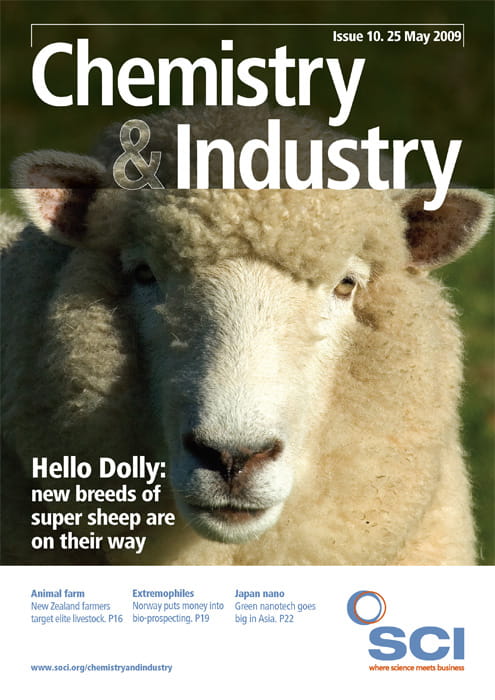 Paul Tan likes to think of himself as a high tech pig farmer. The ceo of New Zealand biotechnology firm Living Cell Technologies (LCT), Tan and his colleagues oversee a herd of around 40 pigs at LCT’s special pathogen-free facility in Invercargill on the country’s South Island. But the animals are reared not for their meat but for something far more precious, Tan says. The pigs’ insulin producing islet cells, located in the animal’s pancreas, are destined for transplantation into people with Type 1, insulin-dependent diabetes.

LCT¹s lead technology DiabeCell is a combination of the islet cells cleverly packaged in a seaweed-derived gel designed to help them evade detection by the body¹s immune system. Individuals injected with these microcapsules in initial trials have been able to reduce the need for injections by about 30% in some cases, Tan says. ‘We have not yet found the optimal doses. One patient has become insulin independent and so it might be possible for some patients to go off insulin [altogether].’

In 2007, LCT became the world’s first company to receive international accreditation for its xenotransplantation laboratory, authorised to carry out tests to screen for animal viruses that might be passed to humans when transplanting animal cell products, such as DiabeCell, into human patients. In October 2008 the firm also received a conditional approval from the country’s health minister to conduct a Phase I/ IIa clinical trial of DiabeCell in New Zealand. If successful, Tan reckons the therapy could be just three to five years away from the marketplace.

While LCT’s technology has yet to achieve commercialisation, elsewhere New Zealand’s still growing biotechnology sector is already making its impact felt on the country’s finances. Agricultural biotechnology contributes an estimated NZD$300-400m/year to the New Zealand economy, according to the country’s Ministry of Research, Science & Technology. And this contribution is expected to increase as new technologies lead to the development of novel fruits, vegetables and superior animals and produce. The aim is not only to maximise the productivity of traditional farming systems through improved knowledge of genetics and plant and animal breeding, but also to discover new revenue streams to add value to the country’s traditional meat, wool and dairy industries.

Harnessing animals for human health products could be an especially lucrative opportunity. Xenotransplantation of ‘natural’ animal organs to humans is one approach. But others in the industry have another more radical proposal. Animal transgenics – particularly the creation of ‘specific’ GM livestock that produce proteins in their milk and blood – is a huge opportunity for New Zealand, argues Jimmy Suttie, general manager of the applied biotechnologies group at government-owned AgResearch. Transgenic animals are able to make highly complex proteins resembling those made by the human body that cannot be produced by other systems and secrete these into their milk. And because the volumes of these biopharmaceutical products required globally can be produced from the milk of a relatively small number of animals, the process is far cheaper and more efficient compared with traditional cell cultures.

The world’s first transgenically produced drug ATryn, produced in the milk of GM goats, was approved in Europe in 2006 and earlier this year in the US. Involved in the prevention of blood clotting, ATryn is used during surgery and for medical interventions in patients with a rare disease known as hereditary antithrombin deficiency.

Because of its island geography, New Zealand is ideally placed to carry out transgenics research as it is free of many of the major animal diseases such as scrapie, BSE and foot and mouth that plague other countries involved in GM animal research. Its regulatory strengths and ‘diseasefree status’ already make it the ‘number one player’ in the field, Suttie contends.

But opposition to GM technologies in New Zealand is fierce. While GM animals and plants are grown, they remain strictly off the menu except for research purposes – and then only in contained labs after strict approvals have been secured from the country’s sole regulatory agency, the Environmental Risk Management Authority (ERMA). All of the GM products developed as a result of this research, are destined for export markets, mainly in the US Asia and Europe. AgResearch, for example, has a separate unit, PhytaGro, dedicated to marketing products developed in its laboratories –GM forages (C&I 2009, 7, 9) – to overseas customers.

Despite the hurdles, however, AgResearch has already successfully reared GM cows capable of producing therapeutic proteins for multiple sclerosis. These proteins are currently being evaluated in a research project now, but proof of concept has been established, Suttie elaborates. He estimates that commercialisation could take a further five to seven years.

Later this year, meanwhile, the organisation will also learn whether it has secured the go ahead from ERMA for four new transgenic animal applications. The new licence applications are not for specific animals but have been deliberately left general to broaden the scope of any potential future research programmes, Suttie explains. Specifically, the approvals would allow AgResearch to ‘import, develop in indoor and outdoor containment and fieldtest GM livestock – cows, buffalo, sheep, pigs, goats, llamas, alpacas, deer and horses – and to undertake supporting research with a range of laboratory animals and microorganisms’.

The main aims, Suttie says, will be to produce therapeutic proteins in animals, along with proteins for use as diagnostics for human and animal diseases and other products derived from livestock with commercial applications. It will also pave the way for the potential creation of ‘superior’ livestock with enhanced genetic traits associated with animal productivity, welfare and sustainability.

Not surprisingly, AGResearch is not the only New Zealand organisation interested in animal transgenics. In March, Auckland based Genavia Therapeutics announced a licence agreement with US company Origen to make the haemophilia treatment Factor VIII in transgenic chicken eggs (C&I 2009, 6, 10). An alternative to expensive cell culture processes, Genavia’s chief operating officer Peter Bradley says the new production method will reduce the cost of haemophilia treatment by as much as 80%.

‘One in 5000 male births is a haemophiliac,’ Bradley notes. ‘In 2007 the market size was US$4.2bn. We’d be happy with half of that.’ And haemophilia is just the start. The Origen chicken egg method is a platform technology capable of producing any number of proteins more quickly and cost effectively than in cells. Once the process for FVIII is running smoothly, Bradley says that Genavia hopes to secure licences for a host of other applications. And because the proteins should be virtually identical to those already on the marketplace, he is hopeful that securing approvals may be somewhat swifter than for new drugs.

‘We expect to have FVIII in the egg in two years, with small scale clinical trials four years from now and product available for patients in about seven years,’ says Bob Kay, ceo of Origen Therapeutics, the US company licensing the technology to Genavia.

The other big attraction of animal technologies are the low capital costs of research, he adds. ‘Typically it can cost around $US300-500m to build a new biopharmaceutical production plant. New Zealand doesn’t have that [kind of capital] but animal systems don’t require that as the capital costs are very low.’

Exploiting animal technologies to produce human health products makes good business sense. AgResearch experts are forecasting a doubling of product income from the country’s dairy, wool and meat industries for half of the resource inputs and emissions – including methane releases. ‘A substantial fraction’ of this revenue is expected to come from breeds of livestock engineered to produce food ingredients, supplements and products aimed at the human and performance health market, according to the organisation’s 2020 Science Strategy document.

However, genetically engineered animals – and plants – are only part of the vision, Suttie acknowledges. Traditional breeding programmes, informed by better knowledge of animal and plant genetics, will also play a big role in helping to ensure the sustainability of future farming systems. While GM animals and plants would help to speed progress, there is tremendous variability that exists in nature still remaining to be fully exploited, he points out.

New Zealand’s famous ‘Marge’ the cow, for example – which C&I first reported on in 2007 (10, 11) – was identified as part of a country-wide screening programme by researchers at ViaLactia, a subsidiary of world-leading dairy firm Fonterra. The cow, whose milk contains surprisingly high levels of healthier polyunsaturated fats, is now being cross-bred to produce generations of healthier milk producing cattle.

In January 2009, meanwhile, AgResearch and CSIRO in Australia also announced progress towards commercialising the Ovine SNP60K Bead Chip – a new genomic tool that it is claimed will ‘transform the future selection and breeding of sheep around the world’. The chip encodes genetic information that will allow farmers to screen sheep for many economically important traits – from meat and wool quality and quantity to disease resistance and improved and healthier meat products.

‘The products are still research tools for sheep but the same technology is now widely used commercially by the cattle industry,’ says AgResearch’s John McEwan. ‘The technology has been implemented in the past 12 months and dairy bulls have been selected on [this] basis.’ While the ovine chip is commercially available, he explains that for now this is mainly being used by researchers to collect data from 60 breeds of sheep and their wild relatives. ‘The hope is that results from the research would allow smaller, cheaper tests to be developed.’

He expects that the chip should be available to sheep breeders by the end of 2009, while rams selected using the tests will be mated in April 2010. If successful, the first lambs bred using the technology will be born later next year.