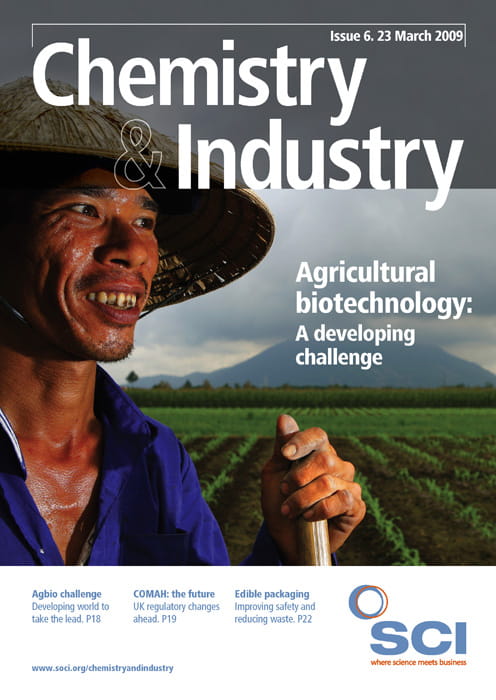 It is 10 years since the Control of Major Accident Hazards (COMAH) regulations came into force, with the aim of preventing and mitigating the effects of major accidents involving dangerous substances. So what have we learnt since 1999, what has changed over the recent past, and what effect will these regulations have in the future? Incidents such as BP Texas City in March 2005, where 15 people were killed and a further 180 injured, and Buncefield, have led safety experts to review what value the COMAH regulations give and how they are implemented in the UK. Demonstration of the risks in a written safety report is one thing, but if the practice or implementation on site is not stopping accidents from occurring, what is the solution? Is the preparation of a COMAH safety report by a site seen as a bureaucratic exercise with little benefit to the site; or, as was envisaged, a liveable document that helped reach decisions on major accident safety? BP’s Texas City explosion highlighted weaknesses in process safety management and process safety leadership within companies. Great strides have been made over the last 30 years in the management of occupational health and safety risks and industry has benefited from a reduction in accidents and their associated costs. This has been the result of a deliberate and sustained focus on managing the causes of accidents: understanding the causes; putting measures in place to reduce the likelihood and consequences; and introducing robust systems to manage the integrity and monitor the efficacy of those measures. The driver for this has been an acceptance that injuries are socially and economically unacceptable and therefore bad for business. Who would argue then that the drivers for reducing major accidents are any different? Process safety management (PSM) is just another focus – a focus on catastrophic events – or, more simply put, a focus on preventing loss of containment of substances capable of major accidents. Good PSM places greater emphasis on the integrity of management systems, the key risk control systems necessary for effective maintenance and safe operation of critical plant and equipment. The aim of PSM is to ensure consistently high levels of performance across the following areas:

• Defining acceptable operating envelopes for all critical components of the process.
• Maintaining the process conditions within these envelopes
• Understanding the impact of excursions.
• Maintaining and testing equipment and preventative and protective devices.
• Rigorous compliance to procedures.
• Professional management of change processes.

In short, PSM is nothing new to those responsible organisations that are already experienced in the management of major accident hazards. Essentially, it is just what the COMAH regulations were designed to do, but we can look forward to greater verification of the key risk control systems when inspectors call.

Process safety performance indicators are another related hot topic (C&I 2008, 23, 21). These indicators based on leading and lagging indicators provide senior management with a useful way to monitor the performance of key risk control systems, providing a means to detect early signs of system degradation before they become a problem. They can be used to alert those responsible to potential areas of exposure from human failure, poor procedures and inadequate controls – an essential part of corporate governance.

The Corporate Manslaughter and Corporate Homicide Act, which came into force in 2008, is another reason for significant change in the way organisations are managed. Under the Act, companies can be prosecuted in fatality cases where it is deemed that an organisation’s conduct in respect of health and safety matters has fallen far below what could have been expected in terms of duty of care. For companies where the COMAH regulations apply, the company will need to demonstrate that all risks are as low as reasonably practicable (ALARP). As a result, the next phase of COMAH will call for greater process safety leadership from senior executives and the board of directors. The UK Chemical Industries Association has recently issued the Best practice guide on process safety leadership (available from enquiries@ cia.org.uk). It calls for the same degree of commitment at board and senior management level for process safety as is given to financial performance or legal compliance.

Another key topic in COMAH’s future, linked to PSM, is the effect of human factors on the safety of a site. This is an aspect which is often overlooked and yet human performance has been found to have contributed to most major accidents in the past 30 years. A commonlyquoted statistic reveals that human failure plays a role in 80% of all accidents. It is an essential part of the risk assessment process, so site operators must understand which activities are critical to safe operation and what can be done to optimise human performance.

The UK Health and Safety Executive (HSE) has identified a number of pitfalls in major hazard sites in relation to human failure. These include:
• Assuming that people will always follow procedures
• Training operators in the use of equipment, but not in the reasons why procedures are in place in order to prevent major accident hazards.
• Inappropriate application of techniques, such as detailing every task on site and therefore losing sight of targeting resources where they will be most effective.
• Assuming that operators will always be present, detect problems and take appropriate action immediately.

Following investigations into the Buncefield disaster and a four month consultation period, a new policy, Containment of bulk hazardous substances at COMAH establishments, was published in February 2008. In a nutshell it calls for increased standards of containment of fluids, particularly flammable liquids and liquids dangerous to the environment, for all COMAH sites, not just Buncefield type sites, in three ways:
• Primary containment – the vessel containing the liquids.
• Secondary containment – the bunding arrangements.
• Tertiary containment – prevention of liquids (including fire fighting water) leaving the site or contaminating the ground.

The report states that standards should be raised for existing sites, where reasonably practicable. The term ‘reasonably practicable’ is important. It relates to the ‘gross disproportion’ of the costs – in terms of monetary costs, time and trouble etc, but excluding the ability to pay – and the risk reduction achieved. It should also be recognised that just because a new standard has been adopted, it does not follow that all sites need to be upgraded. In practice, a gap analysis between the measures installed against the measures present in the new standard is required. The site is duty bound to install any measures that are reasonably practicable. What these raised standards do mean, however, is that simple likefor- like replacement at the end of an existing tank’s life is no longer possible.

COMAH has led to a greater emphasis on societal risk. In fact the HSE and other government departments have deliberated on the issue of societal risk in recent years because of its links with land use planning. If we consider two identical plants that differ only in their location – one in the middle of a town and the other in a rural location, for example – the individual risks from both plants will be identical. However, the societal risks around the site located in the town are likely to be large, and those in the rural location will be very low.

In recent years HSE has calculated the societal risks from all COMAH sites that have allowed them to rank the sites. Sites with significant societal risks increase the priority and resources that the COMAH Competent Authority assigns to them. Following government consultation a couple of years ago, it was decided that societal risk should be specifically dealt with in COMAH safety reports, and also in the land use planning system. How this will be achieved is not decided yet, but the report issued by the Major Incident Investigation Board for the Buncefield incident calls for an integration of COMAH with land use planning.

It proposes that industry should carry out the necessary quantitative risk assessments, according to future methodologies developed by HSE, to aid in making land use planning decisions. If these recommendations are adopted, we can look forward to a greater use of quantitative risk assessment in COMAH safety reports, and an increased involvement of COMAH sites in the land use planning system.